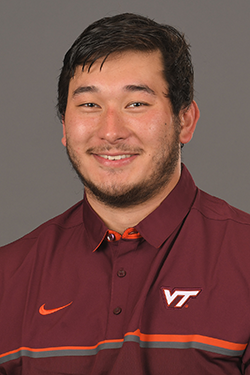 The fifth-year senior announced on Friday that the NCAA had granted him a sixth year of eligibility, allowing Chung to return for the 2018 season.

Chung applied for a sixth year of college eligibility due to his extensive injury history at Virginia Tech. As a redshirt freshman in 2014, Chung missed the first four games of the season recovering from a shoulder injury. He played just one game that season and had another shoulder surgery after the season in January 2015.

The 2017 season was the first in which Chung became a consistent contributor. After starting two games in 2016, Chung started all 13 games for Virginia Tech last season. He earned the starting role at right tackle in fall camp and held the role all season long. Chung is expected to compete for a starting role again this season, whether it be at tackle, guard or center.