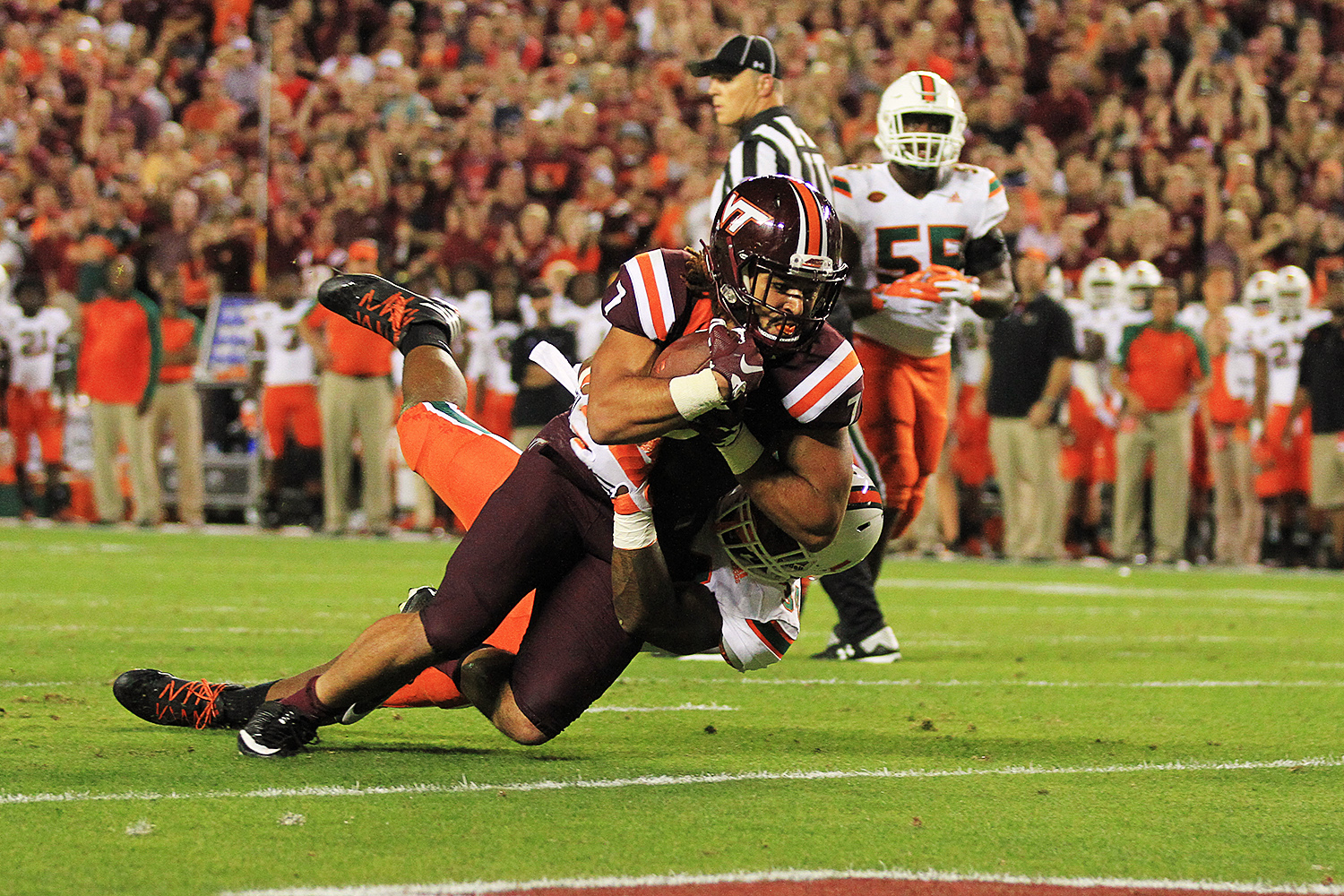 After being projected in the middle rounds of the 2017 NFL Draft, Bucky Hodges finally heard his name called on Saturday in the sixth round, as the Minnesota Vikings made him their pick.

Hodges was drafted as a tight end, but really is a split-out tight end or wide receiver. In his three seasons, Hodges made 133 receptions for 1,747 yards, an average of 13.1 yards per reception. Hodges also caught 20 touchdown passes.

Virginia Tech now has had two players selected in the 2017 NFL Draft. Chuck Clark, a senior safety, was drafted by the Baltimore Ravens with the second pick in the sixth round.