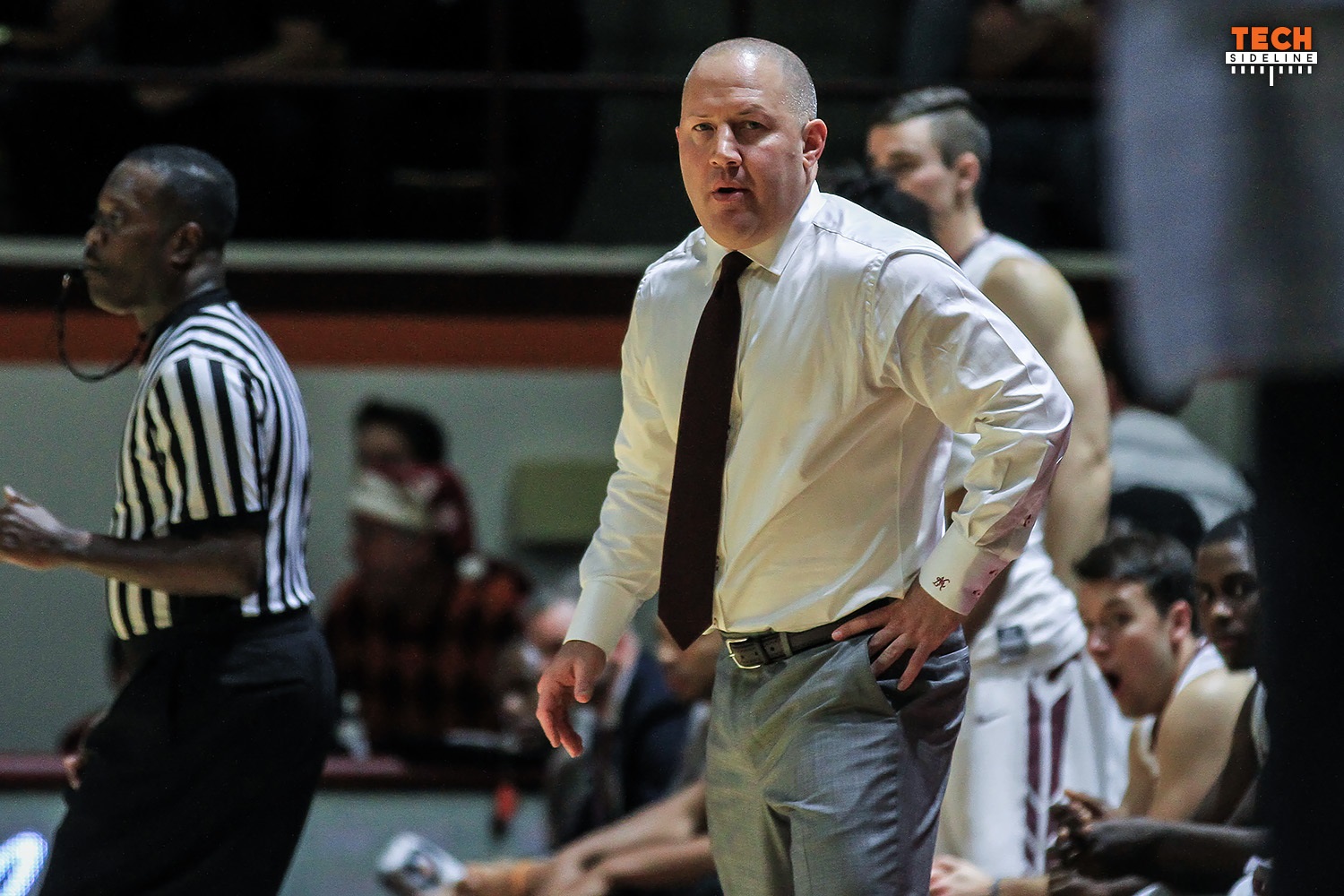 Tony Bennett deserves a lot of credit for the job he’s done at UVA.  He lost three of his top four scorers off last year’s team, including one who currently plays in the NBA, and he’s still got the Hoos ranked in the top 10.  Here are the big names that they lost…

It’s not easy to lose your best guard and your two best bigs and pick up right where you left off.  Perhaps time will prove that UVA isn’t quite as good this year as they were the last three seasons but as of right now, they are playing very good basketball.  They are 16-4 overall and 6-2 in the ACC, just 0.5 games behind first-place North Carolina, and they are ranked No. 9 in the country.  They’ll take on a Tech team that is 16-5 and 5-4, and which plays three very tough games in a row…

The Hokies would very much like to steal at least one of those three games.

Buzz Williams and Tony Bennett have met four times since Williams took the Virginia Tech job.  Bennett holds a 3-1 advantage.  The two games in Blacksburg were very close, while the two contests in Charlottesville were comfortable UVA wins.

The numbers indicate that things will probably be similar this year.  UVA is the better team, and will most likely win on their homecourt.  However, the Hokies will have a chance later this month in Blacksburg.  Here’s how the numbers look so far…

The Hokies are every bit as efficient as UVA.  Both teams share the ball pretty well, and though UVA is a bit better at protecting the ball, the offensive numbers are pretty similar.  However, where things get bad is when you compare the teams defensively and on the boards.  UVA is one of the best defensive teams in the country, and they are also a pretty good rebounding team.  Virginia Tech is…not.

This is a game that Virginia Tech can win on the road, but absolutely everything is going to have to go right for them.  Either the Hokies have to drastically improve their three-point defense, or the Hoos have to have a bad night…or both.

UVA is playing as well as anybody in the ACC right now.  After starting 1-2 in ACC play with losses to Pitt and Florida State, the Hoos ran off five straight wins before falling to No. 1 Villanova on the road over the weekend on a last second tip-in.  In fact, the Hoos are very close to being unbeaten in ACC play.  They lost by two points to Florida State and they were downed by Pitt in overtime.  They are a very capable team that seems to be peaking right now.

Tony Bennett also has the luxury of having a full bench.  The Hoos will likely play a total of 10 players against the Hokies, the best of which are Darius Thompson (6-4, 196, r-Jr.), who averages seven points per game, and Kyle Guy (6-3, 165, Fr.), who averages 7.8 points and shoots 46.4% from three-point range.  Guy was a McDonald’s All-American, and he could very well be the next star in Tony Bennett’s system.

An unknown player to watch for is Ty Jerome (6-5, 192, Fr.).  He only averages three points per game, but he had a career-high 15 points against No. 1 Villanova over the weekend.  He also hit a couple of big buckets in UVA’s win at Notre Dame earlier last week.  He’s the exact type of player who could light up Virginia Tech’s matchup zone, which is still in its developmental stages.

Wednesday night’s game starts at 8:00 p.m. and it will be televised by the ACC Network.  Click here for complete TV listings to see if the game is on in your area.