All week during practice, Virginia Tech head coach Brent Pry searched for signs of his players starting to take their foot off the gas and lighten their intensity.

He never found any.

The buy-in from Pry’s team never wavered, which was abundantly clear in Virginia Tech’s narrow 23-22 victory at Liberty.

“I just appreciate the investment from our football team and our staff,” Pry told reporters after the game. “Everybody has held their head high through a tough period and remained invested and remained together. I couldn’t be more proud and thankful for the group of men and women that are leading this team, the captains that are leading this team, to persevere and handle the adversity and learn somehow to get better through it.”

At the beginning of the fourth quarter, the Hokies 3-8, 1-6 ACC) trailed 22-17 as the Flames (8-3) drove into VT territory, seemingly headed for what would’ve felt like a game-sealing touchdown.

With 13:17 to play in the game, true freshman cornerback Mansoor Delane swung his arm down on Liberty quarterback Kaidon Salter, popping out the football. Redshirt freshman linebacker Keli Lawson won the fight for the ball in a scrum, giving Virginia Tech’s offense the chance to take back the lead.

“Right before the whole drive, when we all huddled up as a defense, [defensive coordinator Chris] Marve was [saying], ‘Get the ball out, get the ball out,’” Lawson said. “That was a big emphasis, so as soon as I saw that ball pop out, as soon as I saw it hit the ground, I just knew somebody had to get it and [they] had to be wearing an orange jersey.”

Following the recovery, Tech’s offense embarked on a six-play, 54-yard drive, capped off by redshirt senior running back Jalen Holston’s third rushing touchdown of the game. He became the third running back in the last 10 years, joining Malachi Thomas and Trey Edmunds, to score three times in a game. In the end, it was the game-winner for Tech.

“Just that mentality [of], ‘If we get the ball, we gotta score,’” Holston said. “Defense is playing their butts off. They were getting the stops we needed. It was on us just to finish. Just finishing it was the most important thing.”

Holston led the way on offense for the Hokies against Liberty. On a season-high 26 attempts, Holston rushed for 99 yards and scored every touchdown on offense.

“He and I [Holston] had a talk after the Duke game, walking into the locker room,” Pry said. “He stayed very committed and I was just so proud. There was something special about the way he was invested in this thing and he said, ‘Coach, I got your back,’ and I said, ‘I got yours.’”

Holston’s impact in the run game was particularly crucial. VT struggled to get much going through the air against the Flames.

Quarterback Grant Wells finished the game with only 14 completions for 140 yards, in addition to getting sacked six times. One of those happened in the opposing end zone on Tech’s first drive of the second half. Liberty scored on a safety to grab the lead, 19-17.

“With the safety, you can be upset at it, but you’re about to go out there and get out on the field and have a chance to go stop them again,” defensive end TyJuan Garbutt said. “For us, we’re kind of a tight-knit group, especially my side of the ball and my position group, so we just saw it as just another opportunity to go out there and get the ball back to our offense.”

The defense’s performance against Liberty helped carry the team in the second half when the offense struggled to get going. Marve also called plays for the first time all season, a decision made on Monday. Pry was Tech’s playcaller for the first 10 games.

As a result, the Hokies forced two fumbles in the fourth quarter to seal the victory, closing out the Flames after blowing several fourth-quarter leads in the the weeks prior.

“We were all chomping at the bit, clawing and scratching for weeks, many weeks,” Garbutt said. “Other than the last game, for about three straight weeks we had a lead and we somehow blew it, so it felt good to finally finish a game.”

For Garbutt and many other players on the team, the win over Liberty could be their final game in a Hokie uniform. After the tragedy in Charlottesville, the status of next Saturday’s contest with Virginia is still up in the air.

“That uncertainty, it really gets to you, but the circumstances at play, with UVa losing a couple of their players, we’re praying for those guys,” Holston said. “We just know it’s bigger than football.”

If the win does in fact mark the end of Virginia Tech’s season, it will be a positive note to finish on for what’s been a rather up and down 2022 for the Hokies. 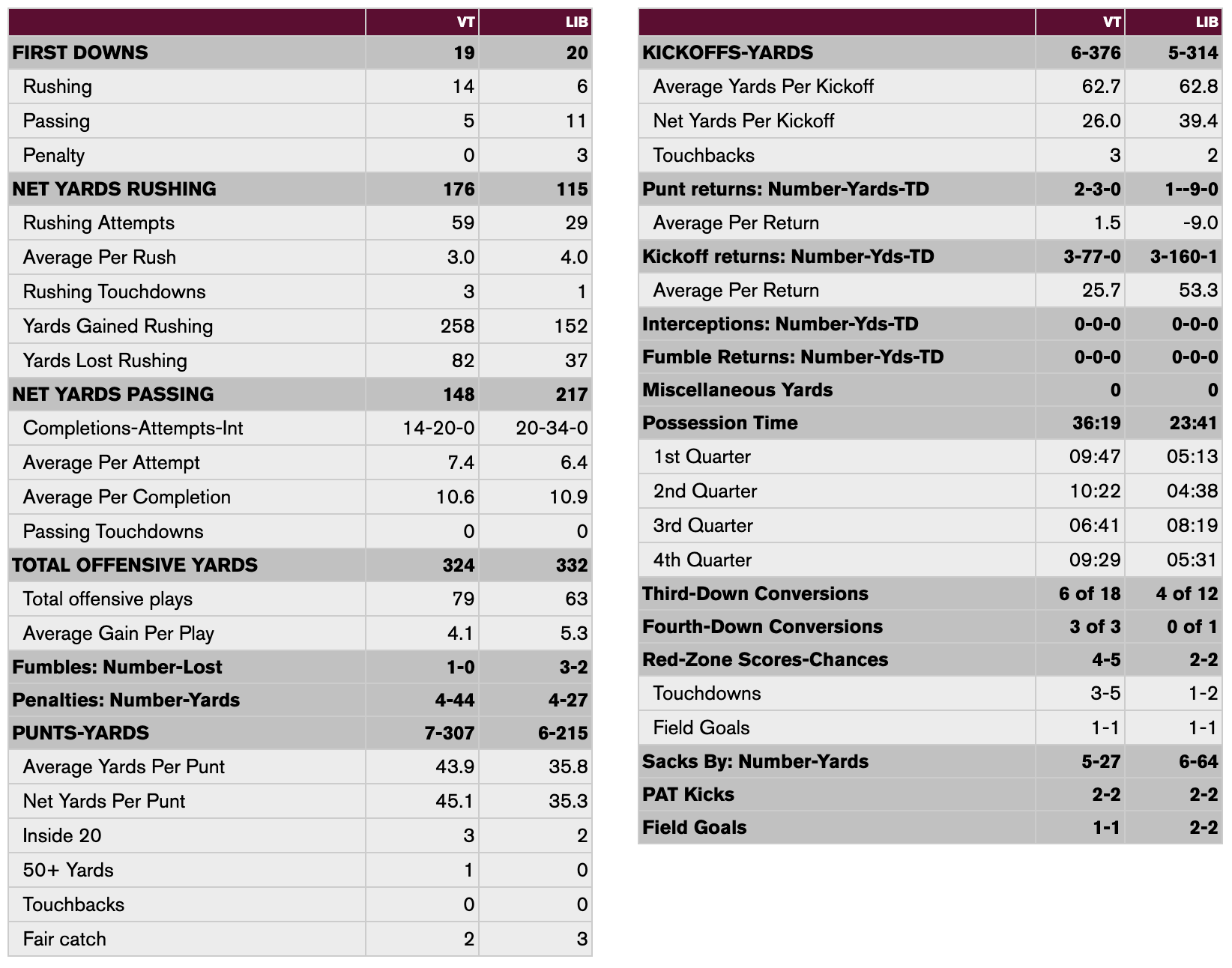 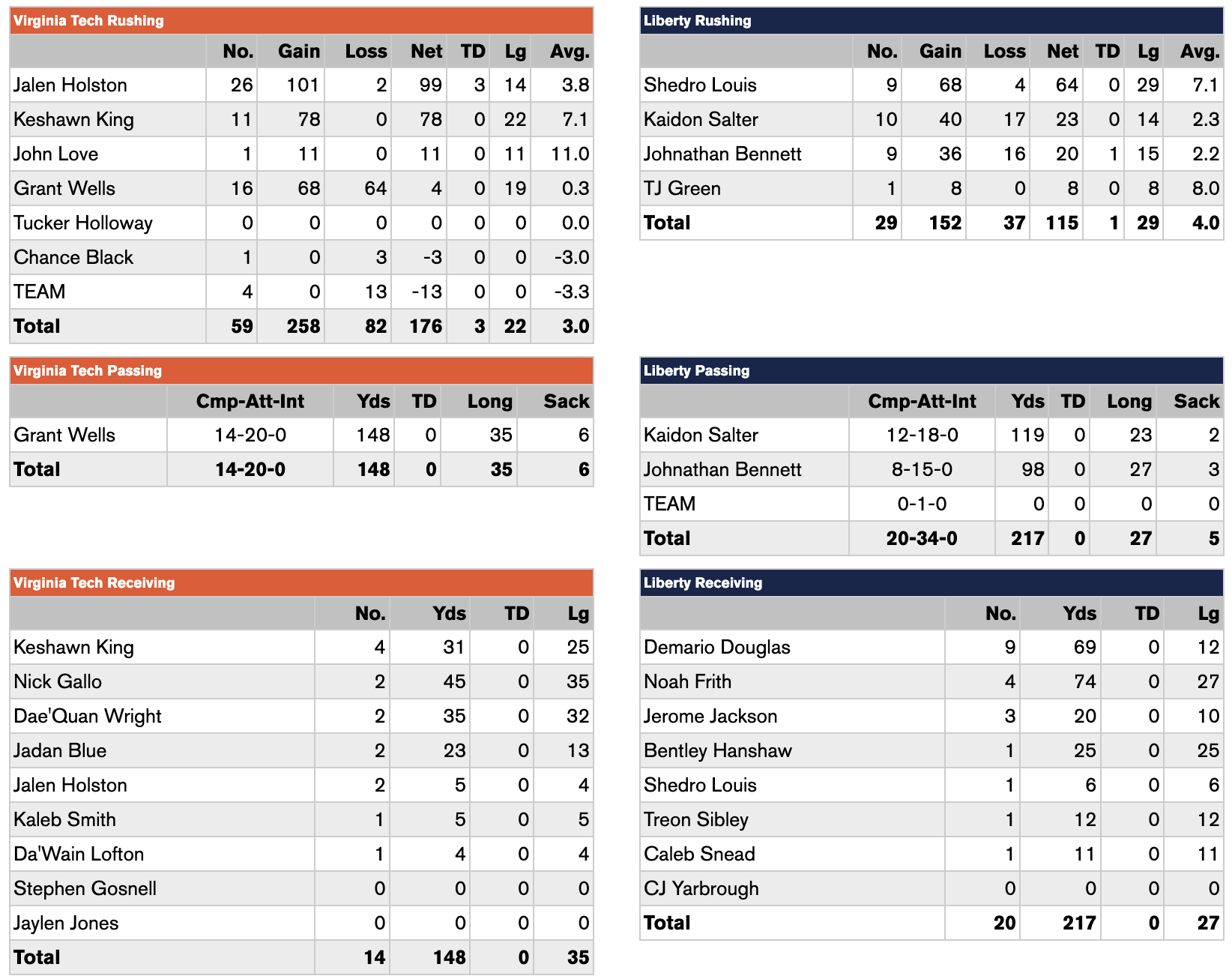 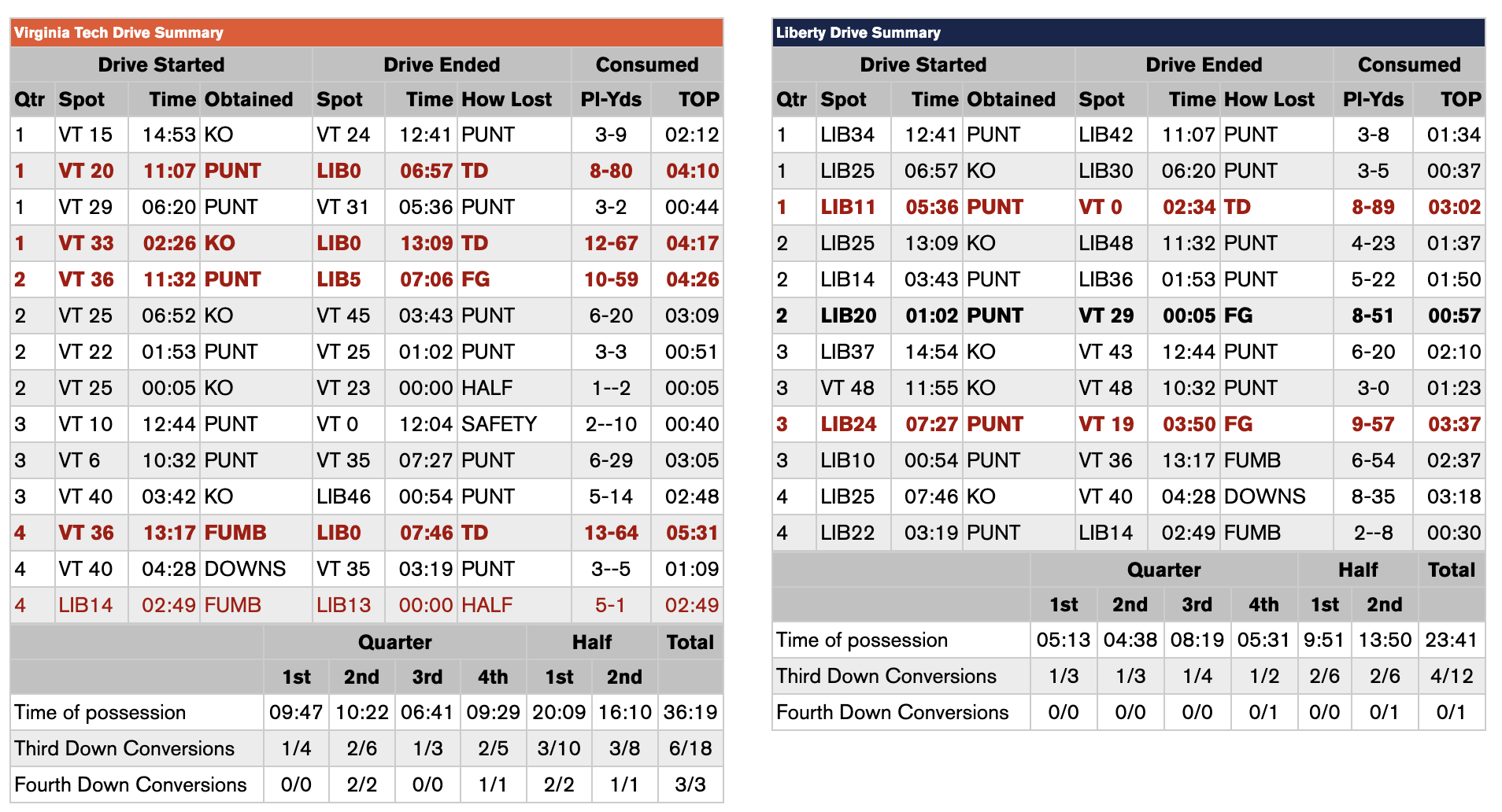 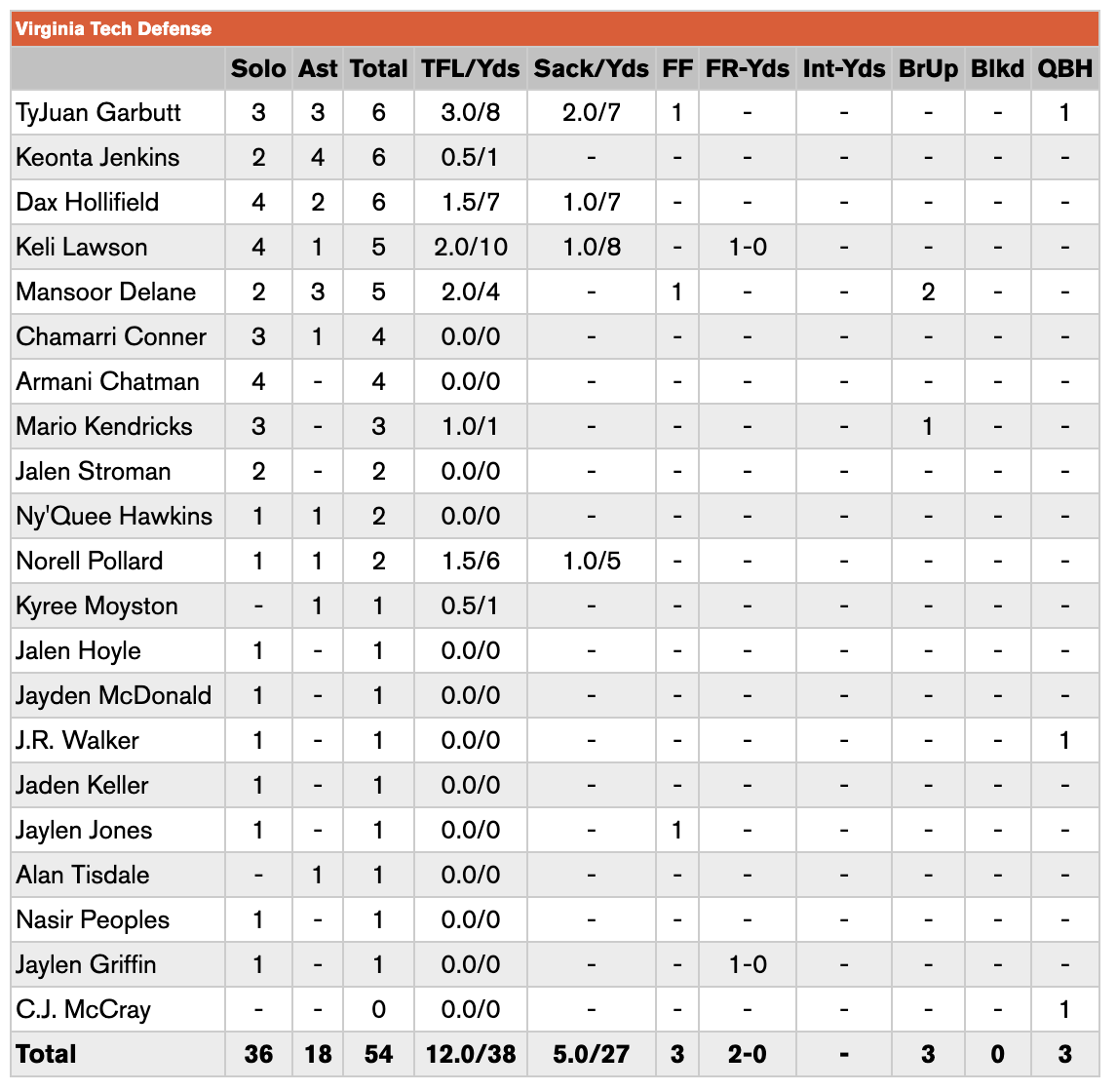