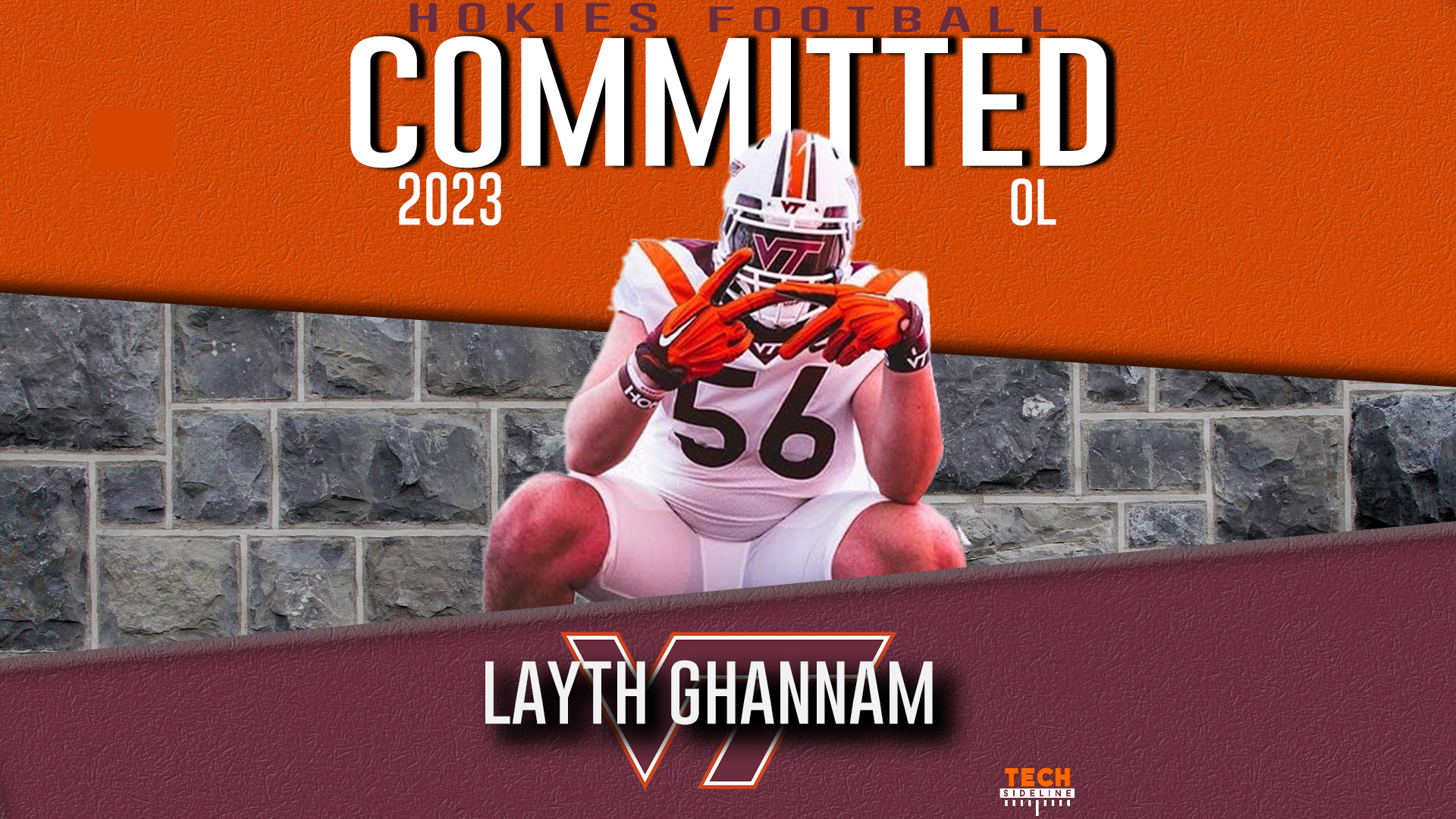 Virginia Tech picked up a commitment from 2023 offensive lineman Layth Ghannam on Saturday morning. He plays for George Washington High School in Charleston, WV.  He is the ninth commitment for the class for the Hokies, and the fourth offensive lineman, joining Hannes Hammer, Lance Williams and Gabriel Arena.

Ghannam is ranked by 247Sports as the No. 1 recruit in the state of West Virginia, though he is originally from Virginia. West Virginia was the top competition for Virginia Tech, and he also held offers from UNC, NC State, Cincinnati, Wake Forest, South Carolina, and others.

Ghannam is expected to play offensive guard at the college level, though he could also play on the edge at offensive tackle in an emergency. He visited Blacksburg for the Spring Game.