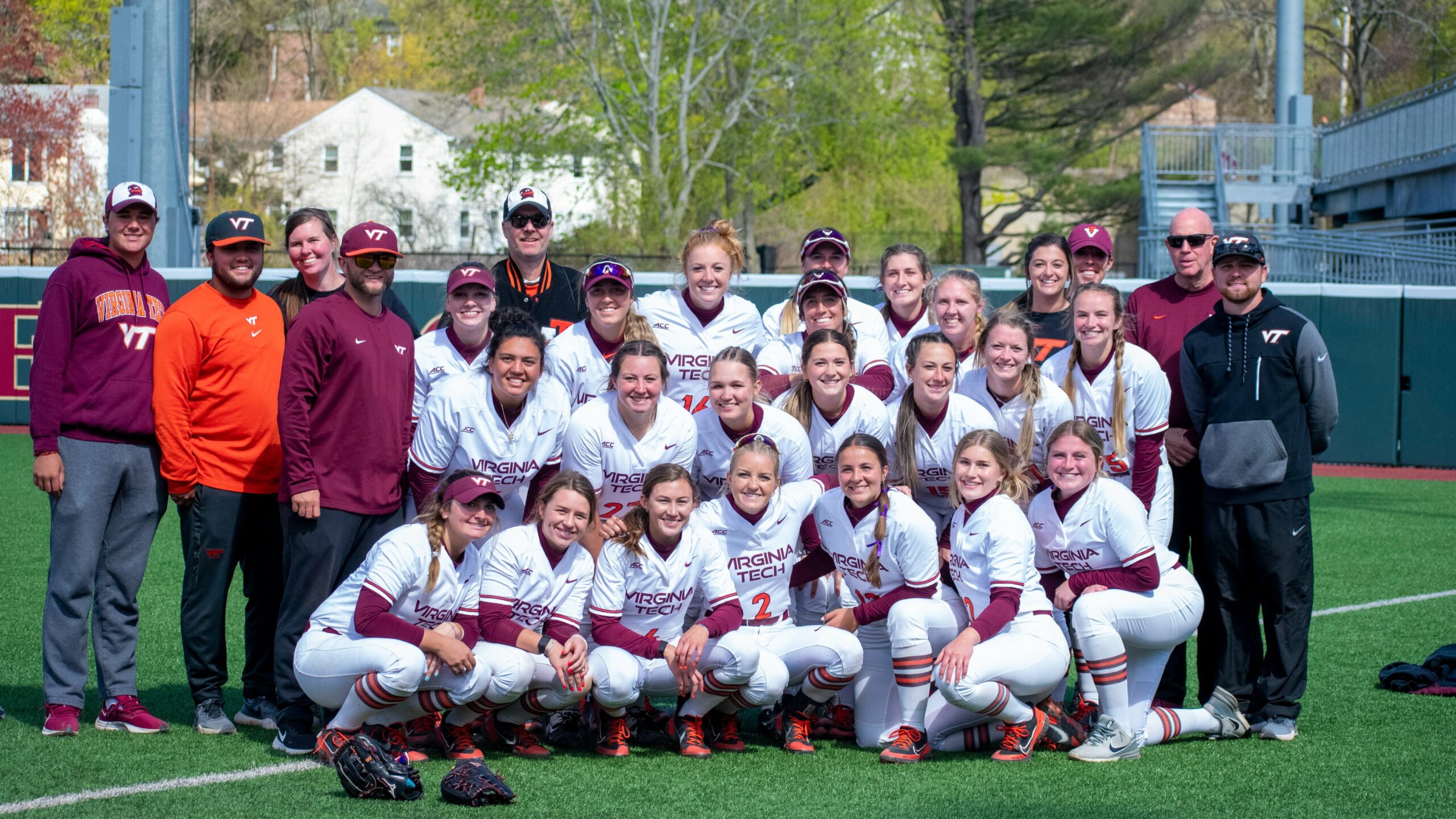 Virginia Tech earned the No. 3 overall seed in the 2022 NCAA Softball Tournament on Sunday night after posting a 41-7 (21-2 ACC) record this season. The Hokies will host a NCAA Regional from May 20-22 and a Super Regional on Memorial Day weekend, should they advance.

It’s the first time in school history that Tech has hosted a regional in the tournament. Overall, the program has appeared in 11 NCAA Regionals and two Super Regionals (2008, 2021).

St. Francis (Pa.), Miami (OH) and Kentucky are the other three teams playing at Tech’s site. It’s a three-day, double-elimination regional that will take place at Tech Softball Park on Beamer Way. The Hokies are familiar with the respective opponents, too.

They beat then-No. 19 Kentucky 6-1 in Leesburg, Fla. back in February. And 13 days later, they defeated the RedHawks 8-0 in five innings in Columbia, S.C. However, the Wildcats have been a staple in the postseason for quite a while. Virginia Tech played in the Lexington Regional in both 2013 and 2019 and holds a 1-3 overall record against Kentucky in the tournament.

2022 marks the third straight NCAA Regional appearance for Tech under head coach Pete D’Amour. Last year, the Hokies won the Tempe Regional and took game one from No. 2 UCLA in the Super Regional before falling in three games.

First pitch between Virginia Tech and St. Francis on Friday, May 20 will be at 2 p.m. ET. Kentucky and Miami (OH) will square off at 4:30 p.m. ET. Tickets to the NCAA Regional games played at Tech Softball Park will be made available on Monday, May 16. Click here for more information.

If the Hokies advance, they will host the winner of the Gainesville Regional in Blacksburg. No. 14 Florida, Canisius, Wisconsin and Georgia Tech are the four teams in that bracket.

Chip Grubb will have more information on Virginia Tech’s invitation on Monday, as well as a preview of the Blacksburg Regional later in the week.