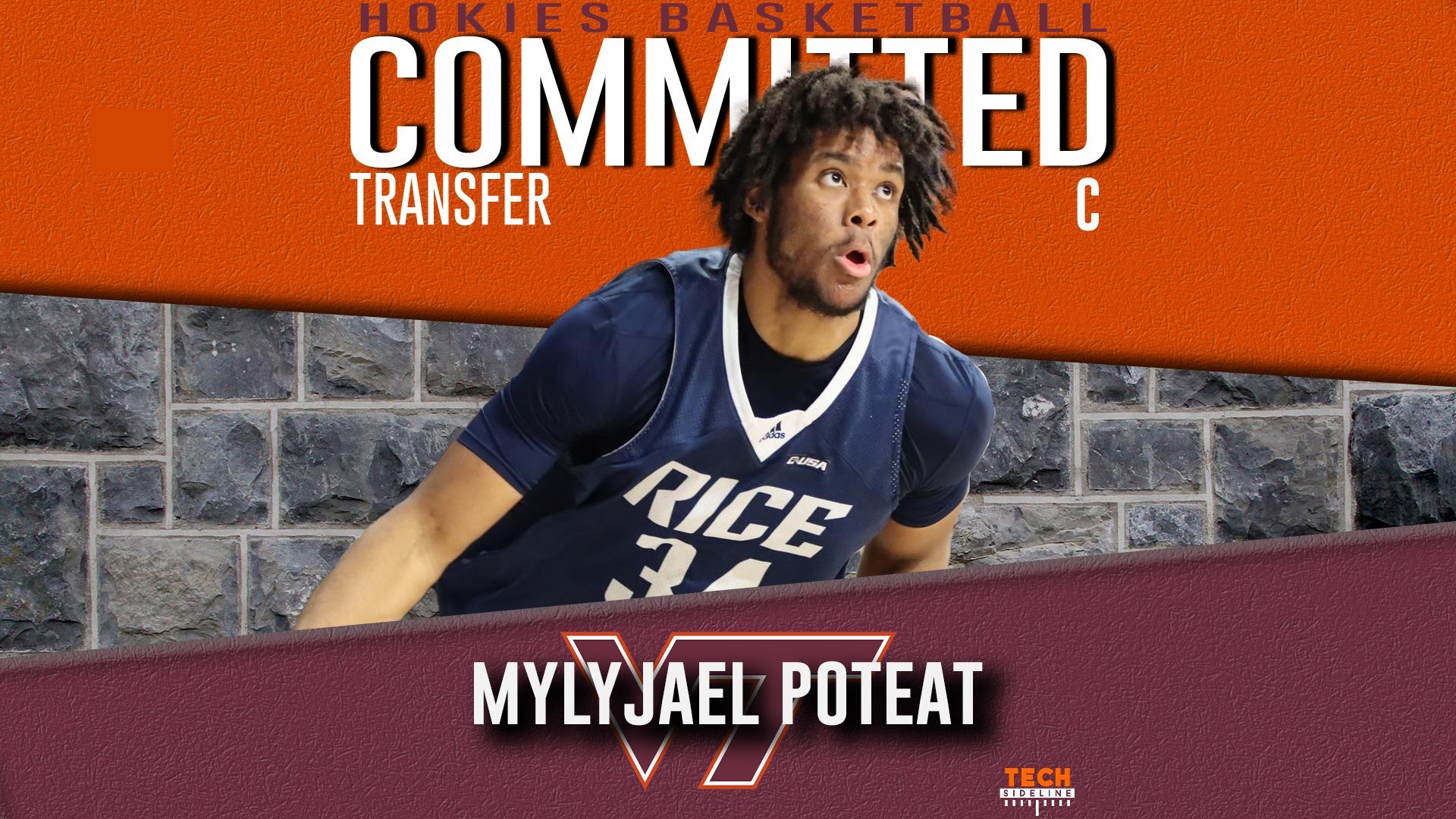 Excited to announce my commitment to Virginia Tech #GoHokies 🦃🦃 pic.twitter.com/Eq4vK5C673

A 6-9, 260-pound junior from Reidsville, N.C., Poteat will play center for the Hokies. He has three years of eligibility remaining (two and a COVID year) and visited Blacksburg the weekend of May 7. Tech beat out Pitt and UMass, the other two schools he visited.

Poteat played in all 33 games for the Owls this season, averaging 7.7 points and 4.2 rebounds. Though he started just three games and averaged just 13.8 minutes, he was efficient on the court, shooting 62% (93-150).

He’s a former three-star recruit who was rated as the No. 24 player in North Carolina. However, Rice was his only offer out of high school.

His addition is a large boost to Tech’s frontcourt, one that lacked depth after a few departures. With the commitment of Grant Basile on May 4, the Hokies now have a handful of experienced frontcourt players.

Poteat has 46 appearances in two seasons at Rice while Basile played in 95 in four seasons at Wright State. Before the two commitments, Tech’s frontcourt had just 18 collegiate appearances (17 from Lynn Kidd, one from John Camden). Overall, that’s 159 total games played.

Here’s an updated breakdown of the Hokies’ scholarship situation heading into the 2022-23 season and beyond, sorted by position: 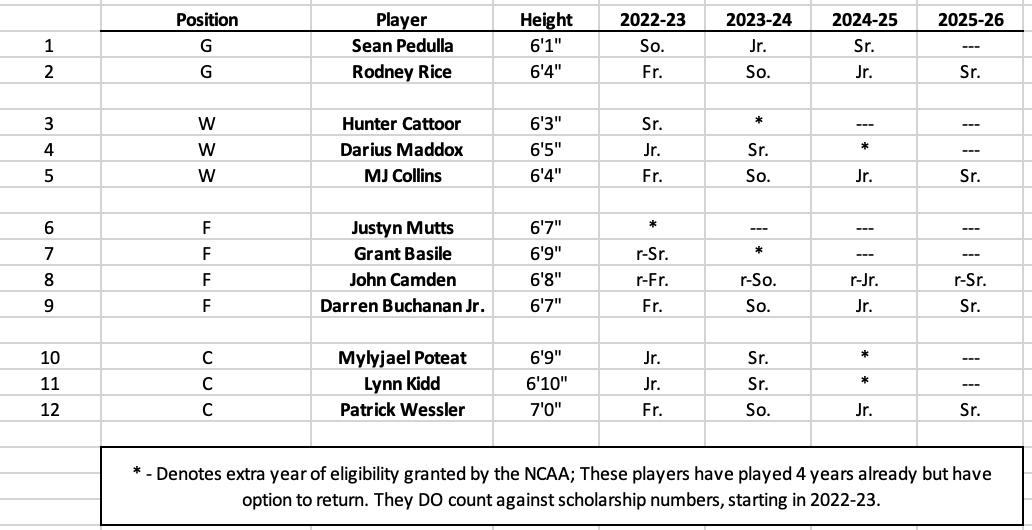 With the addition of Poteat, Virginia Tech currently has 12 players on scholarship for the upcoming season. That number includes Justyn Mutts, listed on the graphic above, who has not made a decision on whether he will return to Blacksburg.

If Mutts comes back for another season, the Hokies will have one scholarship available. Should he decide to pursue professional opportunities, that opens up a second slot.