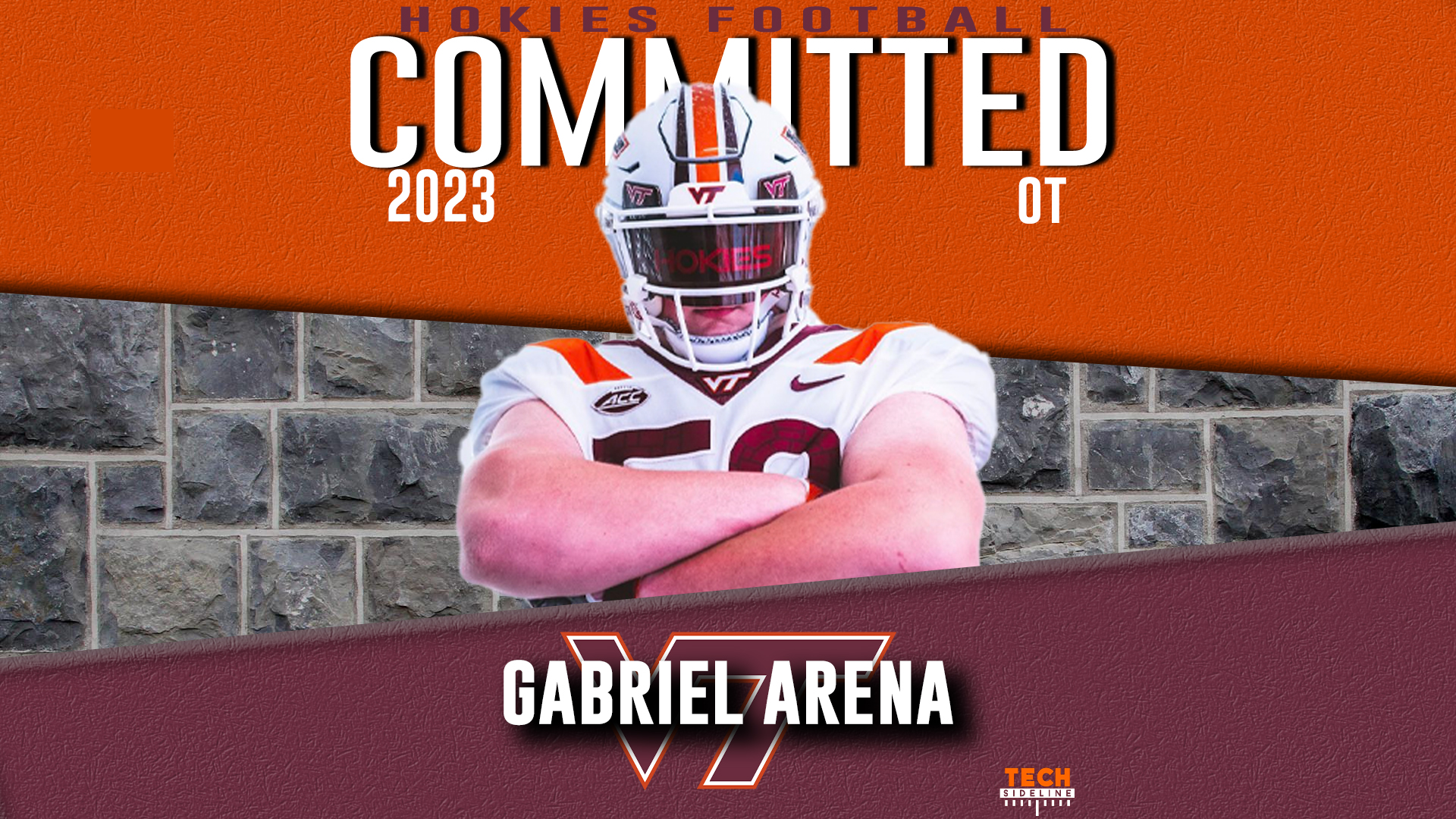 Arena plays for Bishop McDevitt in Harrisburg, PA, which is an area that head coach Brent Pry, offensive coordinator Tyler Bowen and offensive line coach Joe Rudolph know very well. Bishop McDevitt is one of the top football programs in the state, finishing No. 2 in the final state rankings at the 4A level in 2021.

Arena is rated as the No. 24 prospect in the state of Pennsylvania by 247Sports, and No. 19 by On3. Tech was his first Power 5 offer, and he chose the Hokies over Marshall, Temple, Bowling Green, Buffalo, Kent State, Toledo, and several other Group of 5 programs.