N’Guessan played in all 36 games for Virginia Tech in 2021-22, backing up Justyn Mutts and Keve Aluma at both the power forward and center positions. He averaged 3.7 points and 2.7 rebounds per game, scoring in double figures twice.

Mike Young currently has three open scholarships for next season, and possibly four if Justyn Mutts declines to use his COVID year of eligibility. Virginia Tech’s roster breakdown can be seen in the tables below, which were prepared by David Cunningham. 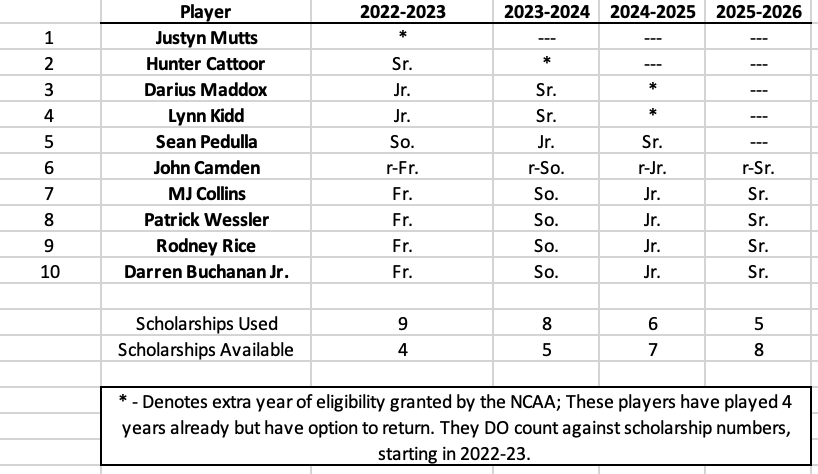