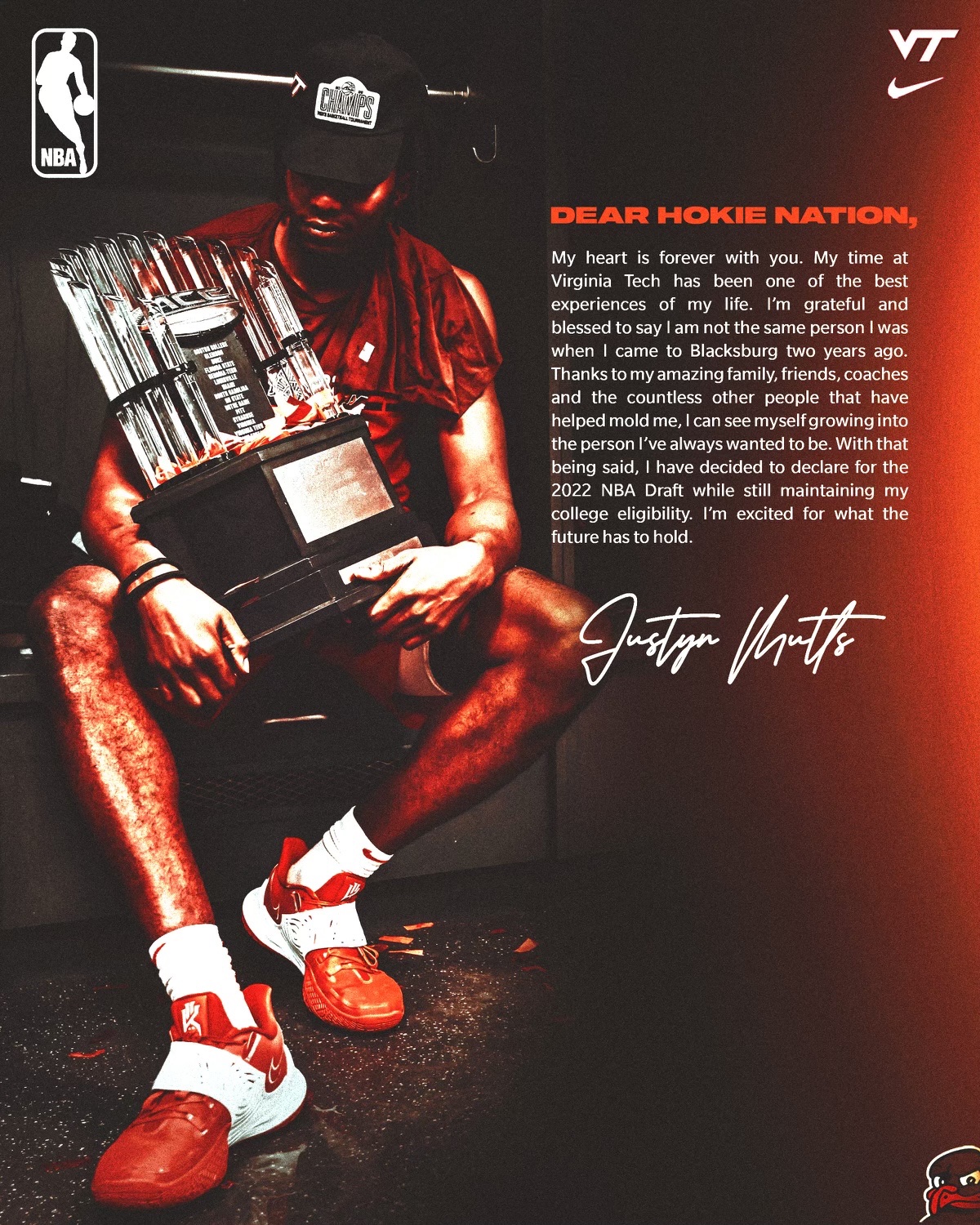 The graduate transfer from Millville, N.J. spent the last two seasons in the maroon and orange. In 2021-22, he averaged 10.1 points while leading the Hokies in rebounds (7.4 per game) and assists (3.4). He also shot 53.7% from the field. Mutts also has the option to return to Blacksburg for another season if he so chooses.

On Feb. 12 vs. Syracuse, Mutts posted the program’s second-ever triple-double: 12 points, 11 assists, 14 rebounds. He was crucial, especially defensively, in Virginia Tech’s run to the ACC Championship this season, posting seven blocks in four days in Brooklyn.

Mutts has until June 1 to make his decision on whether he’ll enter the draft or return to college. The draft is set for June 23, and while Mutts isn’t expected to be selected, he can use the time until then to get feedback from NBA scouts. It’s the same route Keve Aluma took last offseason before he announced his decision to return.

As it stands, Mike Young & Co. have no scholarships remaining if Aluma and Mutts both choose to return. If one leaves, it opens up one scholarship. Both departing would give Tech two scholarships for 2022-23.