Virginia Tech head coach Mike Young didn’t have much to say after Saturday’s 63-59 road loss at Clemson to end the regular season.

“Pretty important,” Young said when asked about crucial a run in next week’s ACC Tournament is.

In a very physical game, Clemson was the aggressor. After shooting a 44% clip in the first 20 minutes, Tech hit just 31% in the second half. And from behind the arc, that number dropped from seven made 3-pointers to two.

The Tigers ended the first half on a 6-0 run and turned it into a 10-0 stretch after the break, which catapulted them into the lead. Though the lead changed hands five times from that point on, Clemson had full control.

Nahiem Alleyne, who led the way for Tech with 17 points and five rebounds, had just five and one in the second half. Potential First Team All-ACC performer Keve Aluma finished with seven points and eight rebounds, but he didn’t record a point down the stretch and had just two boards.

Justyn Mutts sparked Tech, scoring 11 of his 15 points in the latter stages of the game, but outside of Sean Pedulla adding six in the second half, there wasn’t much help.

The Hokies missed 11 opportunities from 3-point range and only four players scored when they needed it. The situation was similar to early ACC games this season where Young & Co. struggled in the last five minutes of games.

Hall, Al-Amir Dawes and Alex Hemenway all came off the bench and combined for 41 points, the highest total Tech has allowed from opposing reserves all season. Hemenway had 11, while Dawes added 10. The trio made 11 of their 19 attempts (57%), while only three Tech players (Mutts, Maddox and Murphy) shot over 50% (on 15 total shots).

Turnovers (13) were an issue for the Hokies, but it ultimately came down to the final seconds. Alleyne had two 3-point opportunities from the wing in a two-second span with less than 20 seconds remaining but missed both. In all, seven shots from long range in the final five minutes didn’t fall.

The Tigers just played Tech straight up. There was hand-checking and guys running over each other. Players were flying all over the floor and getting knocked down. But that’s just how the ball rolled in Littlejohn Coliseum.

Now the Hokies sit at 19 wins with the ACC Tournament approaching in the coming days. In Brooklyn, Tech is the No. 7 seed and will face the winner of No. 10 Clemson and No. 15 NC State at 7 p.m. on Wednesday.

As for the NCAA Tournament bubble, Tech’s still on it. 13 other teams in the same spot played on Saturday, so there will be some shakeup, but the Hokies aren’t out of it just yet.

The mark of 22 wins, which likely would be enough to get them into the tournament, is still achievable. Moreover, that would put Tech in the ACC Tournament title game, a place it’s never been before. The likes of No. 2 seed Notre Dame, No. 4 North Carolina and No. 6 Virginia loom on VT’s side of the bracket, but it’s a fairly favorable path.

A win at Clemson, which would’ve given Tech a 20-11 (12-8) record, would’ve put the Hokies one victory closer to dancing in March. Instead, they’re going to have to make some noise in Brooklyn. 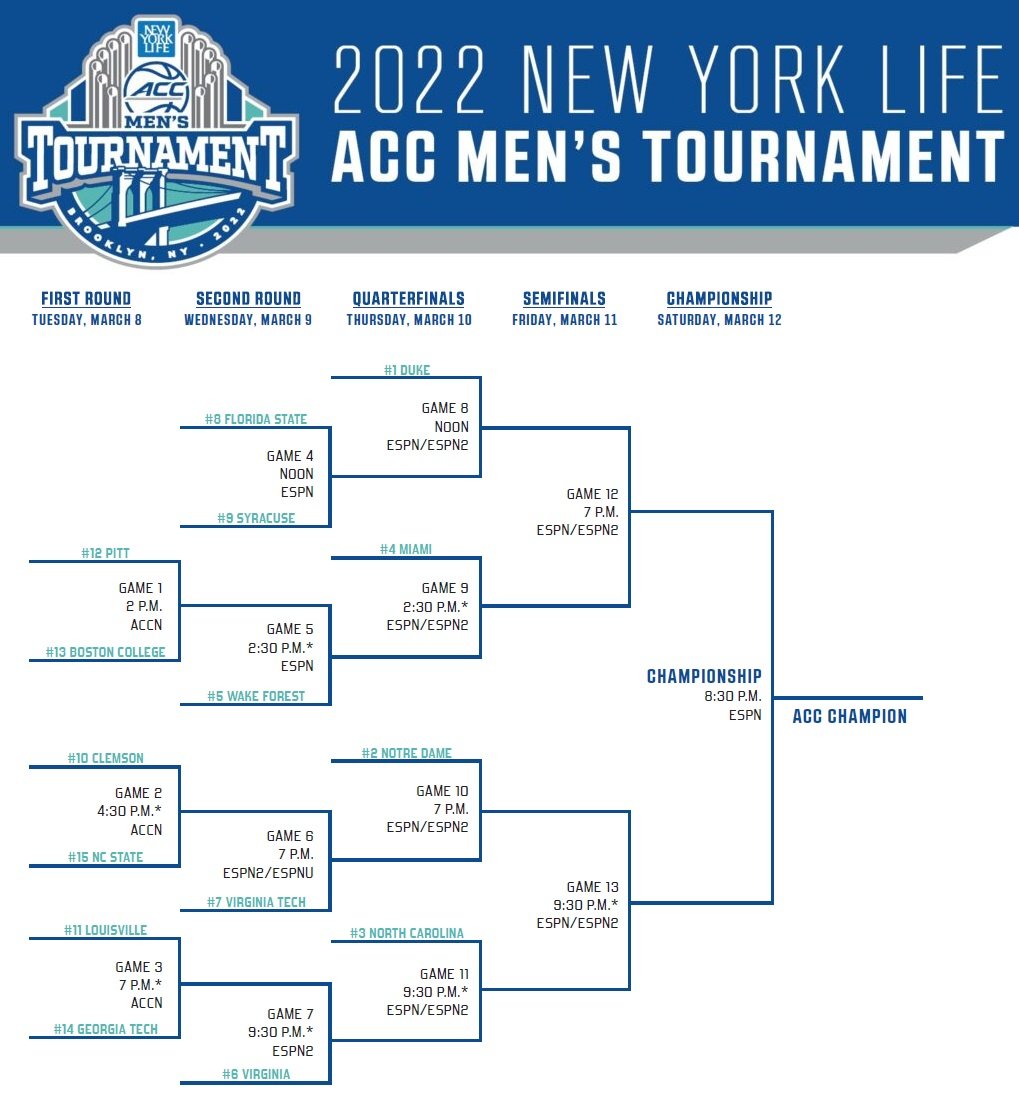