After winning six of its last eight games to close out the regular season, No. 21 Virginia Tech (21-8, 13-5 ACC) looks to use the hot stretch to propel itself to a deep ACC Tournament run later this week.

A good showing could help the Hokies claim a No. 4 seed in the NCAA Tournament, potentially hosting a first and second round game.

Unlike previous seasons, it wasn’t a year of peaks and valleys, but rather mainly peaks — a welcomed change considering the program’s recent history.

Collectively, the Hokies finished off the regular season with their best year since arriving in the ACC in 2004, despite losing to No. 3 NC State (No. 1 seed) on Sunday by two points at Cassell Coliseum.

“No one can take away what we accomplished this year,” head coach Kenny Brooks said after Thursday’s win over Miami.

Now, after surviving the gauntlet of the ACC regular season, they’ll enter the tournament tied for the third-best record in conference play with No. 20 Notre Dame (No. 3 seed) and No. 16 North Carolina (No. 4 seed). Both the Irish (21-7, 13-5 ACC) and the Tar Heels (23-5, 13-5 ACC) beat VT out through tiebreakers for the last two double-byes in the ACC Tournament.

The Hokies beat the Tigers pretty handedly, 72-42, in the midst of their five-game winning streak on Feb. 8. It was the second victory throughout a stretch that included two wins over ranked opponents in then-No. 11 Georgia Tech and UNC.

It was a matchup where Sheppard found the scoring bug again. Entering the game, she wasn’t shooting like herself, averaging just 12.4 points per game, but a conversation a few days before with Brooks in his office helped her rediscover her stroke.

Brooks crumbled up a piece of paper and threw it in the trash.

“That’s your season up to this point,” Brooks told her. Sheppard took that to heart.

The fifth-year senior dropped 23 points and teamed up with guard Azana Baines (20 points) to outscore Clemson by themselves. Since, Sheppard’s seen an uptick in her production, averaging 15.3 points in the last seven games.

The Hokies did a fantastic job locking up Clemson’s leading scorer Delicia Washington in their first meeting. She shot 3-of-13 and scored seven points; In her next two games, she scored 26 and 40 points, respectively.

Her production tailed off in the Tigers’ last three games, though, as she averaged 13.3 points, but she popped off against the Orange with a double-double (26 points, 11 rebounds and six assists).

Clemson and Virginia Tech square off in the Greensboro Coliseum at 11 a.m. on RSN on Thursday.

A win over Clemson would match Tech up with a familiar foe: Courtney Banghart’s Tar Heels.

It was night and day for Virginia Tech in its two matchups against North Carolina. It was blown out in Chapel Hill by 25 on Jan. 9., and then followed the rematch on Feb. 14 up with a five-point victory after giving UNC a 21-9 lead at the end of the first quarter at Cassell.

Forward Deja Kelly is the player to watch for the Tar Heels. She dropped 32 points and 14 boards in the two meetings, though Tech defended her much better in game two.

Should the Hokies and UNC meet, the game will be a second straight 11 a.m. tip on RSN.

The three teams the Hokies could face in the semifinals, should they get there, are the Wolfpack, Eagles and Seminoles.

Virginia Tech had little trouble handling Boston College (19-10, 10-8 ACC) and Florida State (16-12, 10-8 ACC) in the meetings it had with them during the season. But with the Wolfpack’s (26-3, 17-1 ACC) dominance, it’s more than likely that the Hokies will have to face them if they were to reach the semifinal on Saturday.

Again, like their two matchups with UNC, it was the Hokies’ shooting that made their second matchup with NC State on Sunday more competitive than their first. Tech was 29.3% from the floor in their first meeting on Jan. 23 that resulted in a 51-45 loss. On Sunday, Tech shot much, much better with a 41.1% clip in the Wolfpack’s 68-66 victory.

The 3-ball still remained a problem, however. In January, Tech shot 7-of-23 (30.4%), and that number regressed a little bit in February: 7-of-26 (26.9%). VT didn’t have a problem getting the open looks against NC State as it has all season; Shots just didn’t find the bottom of the basket.

Tech would play in the first semifinal at 12 p.m. on Saturday on the ACC Network.

The likeliest opponent Virginia Tech could face is No. 2 Louisville (25-3, 16-2, ACC) if it made it that far into the tournament this week, though No. 3 Notre Dame is also on the other side of the bracket. The Irish handled Tech in South Bend, Ind., 68-55, in early February.

The Cardinals, too, gave the Hokies fits on offense in their only matchup of the season on Feb. 20 that resulted in a 70-56 blowout in Louisville, Ky. Louisville’s defense pressed the Hokies the entire way down the floor, which didn’t allow them to settle in and find open looks.

Aside from Kitley’s 21 points and 13 rebounds, no one else shot the ball well in the loss. Outside of Sheppard’s 3-for-6 day, where she claimed the program shooting scoring record with under a minute to go, no other Hokie had more than two field goals.

However, if Virginia Tech wants the chance for revenge against the Irish or Cardinals, it’ll need to roll through a team that beat the Hokies twice this season.

The championship match is a 12 p.m. ET contest on ESPN.

Be sure to follow Tech Sideline’s coverage of the ACC Women’s Tournament from Greensboro throughout the week. 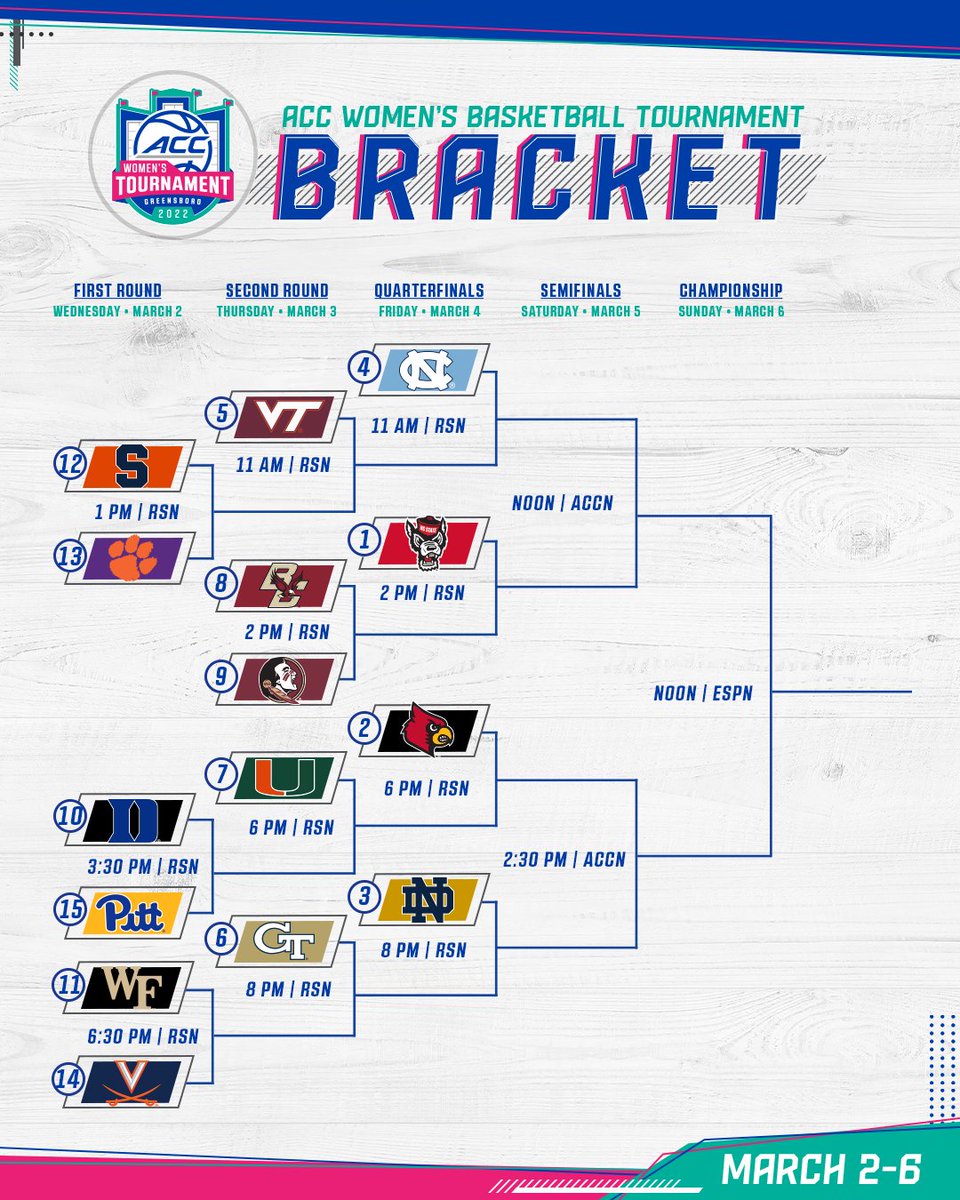