It wasn’t pretty, but Virginia Tech fought back from a halftime deficit and held on against Georgia Tech in Wednesday’s 62-58 win.

Trailing by four after making 33% of their shots in the first half, the Hokies rebounded, outscoring the Yellow Jackets by eight and shooting a 45% clip in the second. They finished 39% from the floor and 25% (6-of-24) from three, but it was good enough to get the job done in Atlanta.

“We came to somebody, I don’t know who it was or what it was at halftime,” Virginia Tech head coach Mike Young said afterwards. “Let’s just say my mom wouldn’t be real proud of the message I sent to my team. I thought we were soft, I thought we were looking for easy, and that is unacceptable here in late February with four league games remaining, including tonight.

“Right back they come in the second half, thought they fought. Held Usher scoreless – they need for Usher to score for them. Thought that was quite impressive, thought we did a much better job on the glass.”

Offensively, Virginia Tech (17-11, 9-8) found more of a groove in the second half, courtesy of a 13-2 run. Darius Maddox had ten points in a row off the bench, and he really gave the Hokies a spark.

He finished with 12 points, tied for the team-high with Keve Aluma (10 rebounds, fifth double-double of the year) and Nahiem Alleyne. But he also led a strong effort from the bench, which scored 25 points (to Georgia Tech’s 13).

Sean Pedulla (seven points) and David N’Guessan (six) combined for 13, and it’s just the fourth time this season in ACC play that Mike Young & Co. have had more than 20 points off the bench. The other three instances: vs. Miami (L), at Florida State (W), vs. Pitt (W).

“Enormous,” Young said of Maddox’s performance. “Man, he looked so comfortable picking his spots. Very confident. Got in the air and got shots down. Darius Maddox was very good defensively as well. David N’Guessan helped our team. [Sean] Pedulla’s one of those freshmen. … He makes a bad play but that son of a gun comes back and makes two or three really good plays.”

While Josh Pastner’s stingy 1-3-1 zone forced 13 VT turnovers, it was good defense by the Hokies on the other end of the floor that really turned the game around. Maddox and Alleyne mentioned the team’s aggressiveness and playing like the veteran group they are, and that really showed.

“Second half, we picked it up on defense,” Alleyne said. “Got a couple of stops consecutively. I thought we deflected more and talked more and did things like that, and that helped us out.

Crashing the glass was crucial, and VT did well in that area. It’s the first time in four games that Virginia Tech has won the rebounding battle (+8 at GT), and the 15 offensive boards are the most in a game this season.

Three players – Aluma, Mutts and Pedulla – each had three, while the team had four as a whole.

Now, the attention turns to Miami, who the Hokies lost to on a half-court buzzer beater back on Jan. 26. It’s a Quadrant 1 opportunity for Virginia Tech, desperately needs a resume-building victory. The Hokies are still on the bubble for the NCAA Tournament and need to continue to win to get in.

As far as the ACC Tournament goes, Tech is now is tied with Syracuse for seventh in the ACC standings. Thanks to its win back on Feb. 12, VT has the tiebreaker, so if the season ended today, it would be the No. 7 seed in Brooklyn. 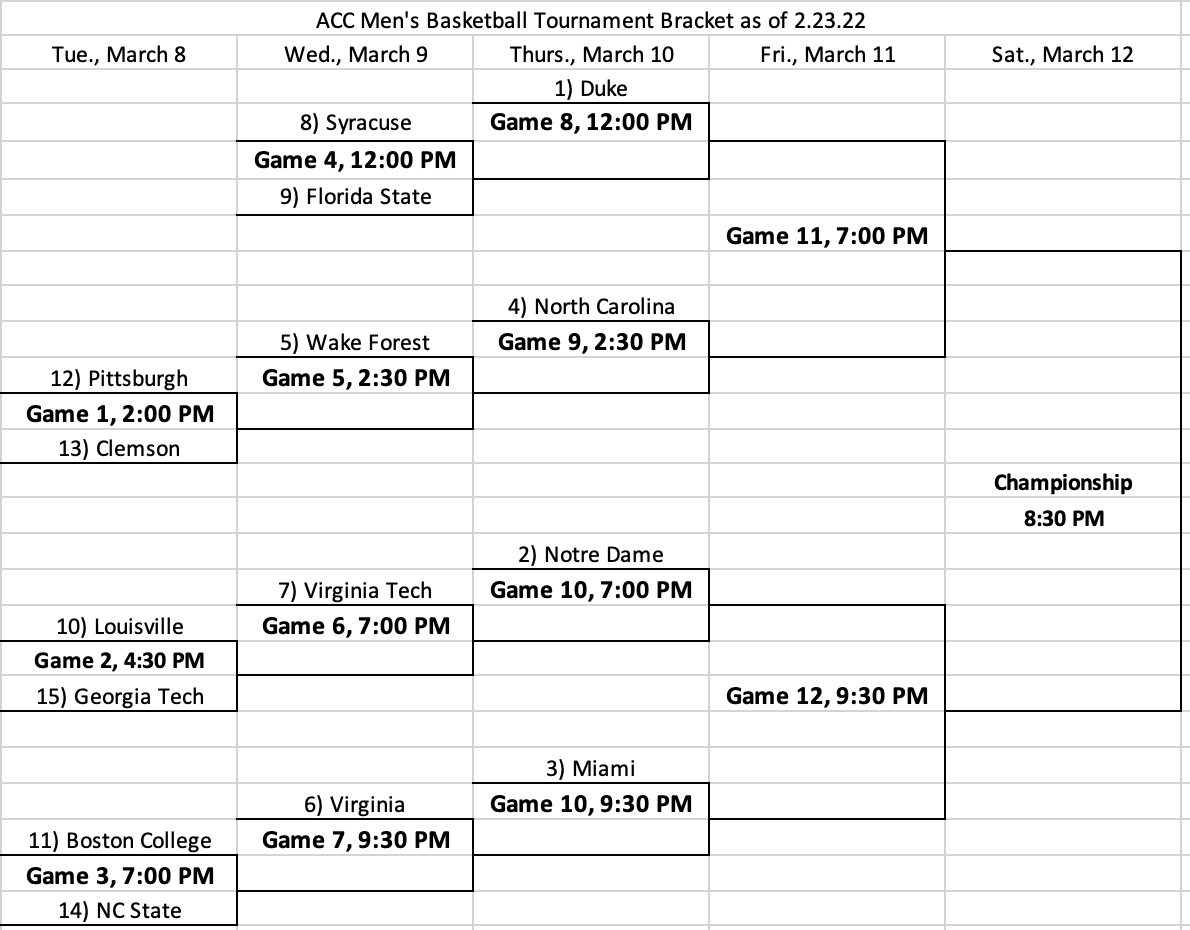 The rematch with the Hurricanes should be down to the wire. Two of the last four games have been decided in overtime, including last year’s contest in Coral Gables. Miami is hot, having blown out Pittsburgh by 21, 85-64, on Tuesday. The Canes sit in a tie for third in the ACC with North Carolina, and they’ve won four of their last five games.

“Man, they’re having a good year, they’ve got a good team,” Young said. “Another pivotal game for us. Every game’s a Super Bowl at this point, and we know we’ve got a full load ahead of us, and we’re going to have to play our best ball if we expect to win.”