On Monday, Virginia Tech and Brent Pry announced the hiring of Tyler Bowen as the football program’s offensive coordinator and tight ends coach.

Formerly the tight ends coach with the Jacksonville Jaguars, Bowen, 32, has 11 years of Division I football experience. He spent four seasons at Penn State over two stints, first as a graduate assistant in 2014 where he created a connection with Pry. In his second stint from 2018-2020, Bowen was the tight ends coach and offensive recruiting coordinator for the Nittany Lions. He was also the interim offensive coordinator in 2019 and was the co-OC for the 2020 campaign.

Bowen has previous experience as an offensive coordinator from his time at Fordham in 2016. As Chris Coleman detailed back in a Dec. 10 Friday Q&A, Bowen is a 57% run/43% pass type of OC and has experience recruiting in the DMV (D.C., Maryland, Virginia). In his one season as the Rams’ play caller, the offense led the Patriot League and ranked fourth in the FCS in total offense (498.2 yards per game) and scoring average (40.1 ppg). Fordham also was 12th in the FCS in rushing offense (229.7 ypg).

Four offensive linemen garnered All-America and All-Patriot League honors in his two seasons at Fordham. He also mentored Chase Edmonds, an All-American running back who was fourth in the voting for the 2016 Walter Payton Award (FCS Offensive Player of the Year). He’s currently the second running back on the Arizona Cardinals’ depth chart, behind James Conner, who Joe Rudolph ironically coached at Pitt.

A Maryland alum, Bowen played offensive line for the Terrapins from 2007-2009. He took a role as a student assistant in 2010 under head coach Ralph Friedgen, and he spent the following two seasons as a graduate assistant. After coaching tight ends at Towson, he joined James Franklin’s staff at Penn State as a GA. He ventured to Fordham in 2015 after one year in Happy Valley. Bowen returned to his alma mater in 2017 to coach the offensive line.

Bowen will also oversee tight ends at Virginia Tech, a role he is accustomed to. He coached that position at Towson in 2013, with Penn State from 2018-20 and most recently with Jacksonville. Pat Freiermuth, now with the Pittsburgh Steelers, was one of his first tight end protégés at Penn State. Bowen was the primary recruiter for Brenton Strange and Theo Johnson, two tight ends that combined for 39 receptions, 438 yards and four touchdowns in Happy Valley in 2021.

Bowen was also a really talented recruiter in his time at Penn State. On his 247Sports profile that lists his top all-time commits, there are eight four-star talents that he was the primary or secondary recruiter on while at Penn State (including Strange and Johnson). Five of those recruits were from Maryland. 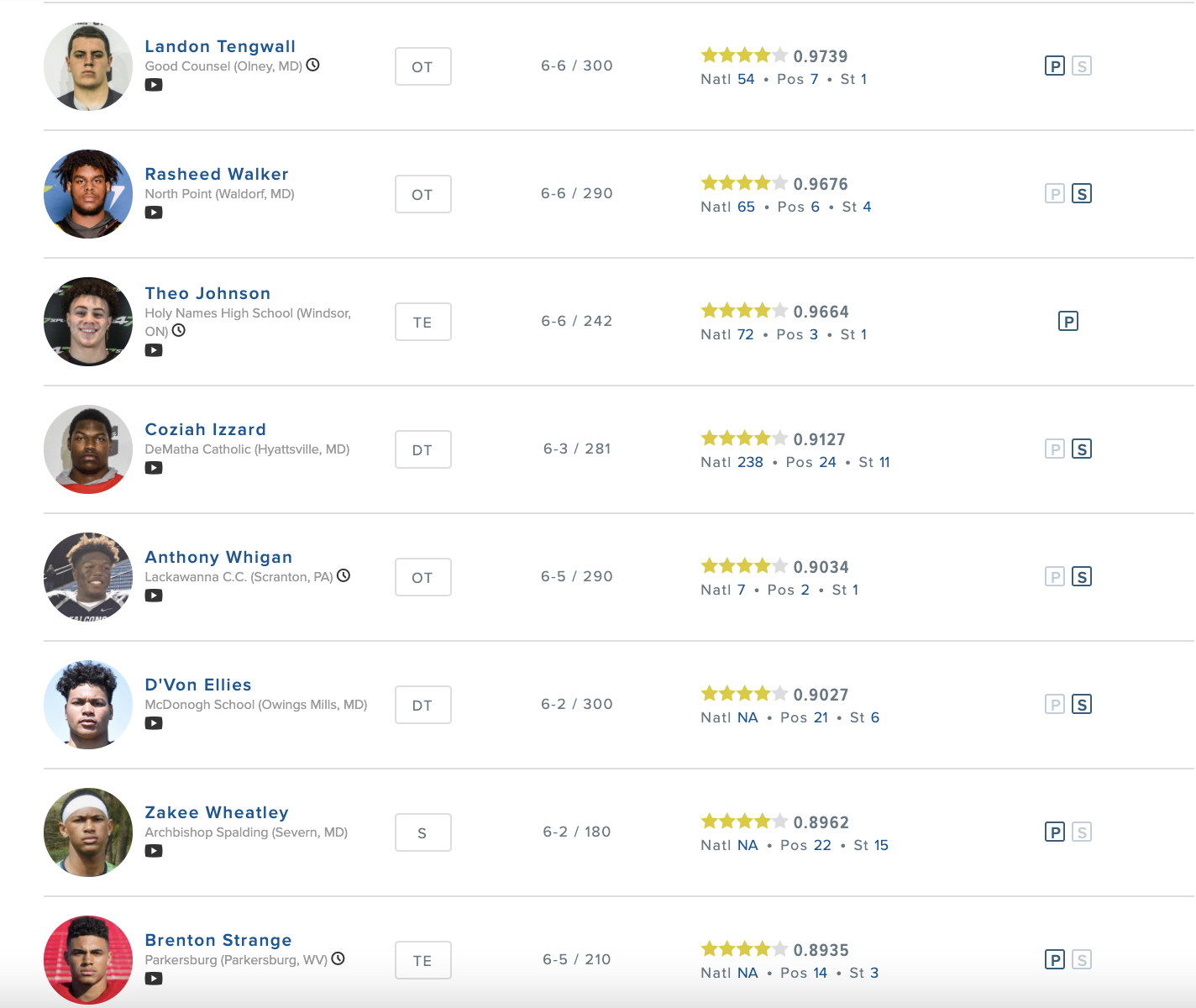 A Helena, Ga. native, Bowen’s hire was first reported by Matt Zenitz of On3 back on Dec. 9. Because of his role with the Jaguars and the NFL’s contract policy, Bowen could not be officially announced until the end of Jacksonville’s season.

With Bowen’s addition, nine of the ten full-time assistant coach positions on Pry’s staff have been filled. The lone exception is the wide receivers coach.

Bowen heads an offensive staff with 69 years of coaching experience at the Division I level. Brad Glenn, Stu Holt and Joe Rudolph have been around the block, from Appalachian State and Louisville to Pitt and Wisconsin.

Unlike defensive coordinator Chris Marve, Bowen has experience calling plays at both Fordham and Penn State. While Marve may have to lean on the experience of his counterparts like J.C. Price, Shawn Quinn and Derek Jones (along with Pry), Bowen is comfortable in that role.

Here is a breakdown of Brent Pry’s current staff, divided up between assistant coaches and support staff. His latest addition to the support staff was Michael Hazel as the Chief of Staff on Jan. 4. 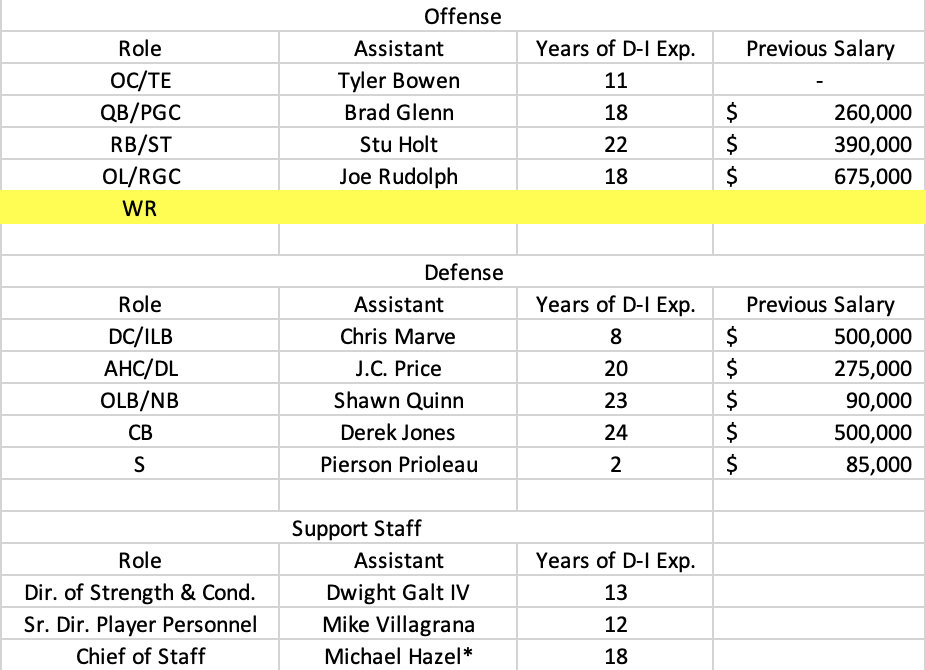