Coming off a 13-day COVID pause and sitting at 0-2 in the ACC, Virginia Tech prepared for NC State looking to get back on track in league play. Yet, despite leading at home with five minutes to play, the Hokies lost their third straight conference game at the hands of the Wolfpack, 68-63.

“Our quickness to the ball was lacking and it was evident,” Virginia Tech head coach Mike Young said afterwards. “They were giving me everything they had in their tank. And our work on the glass, where we’ve been pretty darn good throughout, was just… They [NC State] were quicker around the hole than we were.”

NC State, led by Kevin Keatts, was better. Though the program entered Tuesday night’s contest outside of KenPom’s top 100 (108) after losing its last five games, it found a way to win in Blacksburg.

“They were relentless,” Hokies forward Keve Aluma said of the Wolfpack’s effort on the boards.

Aluma led the team in scoring with 18 points (7-14 FG) and six rebounds, and Storm Murphy added 14 points (5-8 FG) and five assists. However, there wasn’t much punch outside of that duo.

And then there’s Nahiem Alleyne. He’s in a shooting slump, and has been for some time. He was 2-11 on Tuesday night and four of his nine points came from the free throw line. Worse, he’s 3-22 in Tech’s three ACC games. In the last four games altogether, he’s 6-35.

“If it was an easy answer,” Young said of Alleyne’s shooting woes, “I’d have already done it. We all know what a fine basketball player he is. … We’re going to hang in there with that kid. He’s got to play well for us, he knows that, and I know that he’ll pop out of it here quickly.”

At some point, a change might be needed. But when Murphy struggled shooting the ball earlier in the year, Young let him shoot his way out of it. Can Alleyne do that? Tech can’t afford him to hoist up nine misses a night, particularly ones like his three-point attempt with 1:58 to play that missed everything, including the rim.

Darius Maddox had the best plus/minus on the team vs. NC State (nine), but played just 11 minutes. Sean Pedulla saw 12 minutes, while David N’Guessan played 11. There isn’t much depth, and Young doesn’t seem comfortable trusting what’s there for long stretches of the game.

A 9-0 run by Tech a few minutes later snatched back the lead, but NC State outscored VT 10-4 over the final four minutes to close out the game.

“Bottom line is NC State outplayed us,” Murphy said post-game. “I don’t think it was fatigue or running out of gas. I think we actually had a couple of medias back-to-back. … They just outplayed us the last stretch.”

So, about this trend that Virginia Tech seems to be on. The program is 0-3 in the ACC, a league that isn’t very good this year outside of Duke, even if those affiliated with the conference won’t admit it. And the Hokies have now lost two league games at home – one by 19 to Wake Forest – and are approaching a .500 overall record with lightning speed. Sure, you could give this game a COVID mulligan, but Tech is still 0-3 in the ACC.

In many senses, this was a must-win game for Virginia Tech. It needed to get back on track in the conference, and until it gets its first league win, every game will continue to be a “must-win” contest.

In the big picture, unless the program does a complete 180 over the next two months, it has no shot to make the NCAA Tournament. If there isn’t a turnaround now, even the NIT might seem like a stretch.

That’s very strange based on some analytics, because the Hokies are a top-30 KenPom team and are in the top 40 in adjusted offensive and defensive efficiency. This team should be good, but through 14 games, hasn’t been.

In the preseason, many saw a team with three fifth-year seniors and two juniors that made the NCAA Tournament the season prior and thought, “this team should be pretty good.” I was one of them, I’ll admit. Now? The trajectory of this team points towards the ACC’s basement, and the Hokies have to win a conference game to even start to have realistic NIT hopes.

That leads to one final question: Is this Virginia Tech team mediocre, or worse, bad? The next contest at Virginia on Jan. 12 will go a long way in answering the prompt.

“I think the biggest thing for our team, we need to play with a little more pop, a little more energy,” Murphy said. “That sense of urgency isn’t just something to think about or believe, but that has to be seen. How we’re rotating, how we’re playing physically, how we’re getting on the floor for loose balls. Just the energy and physicality, the emotion. We’ve got to get back to that.” 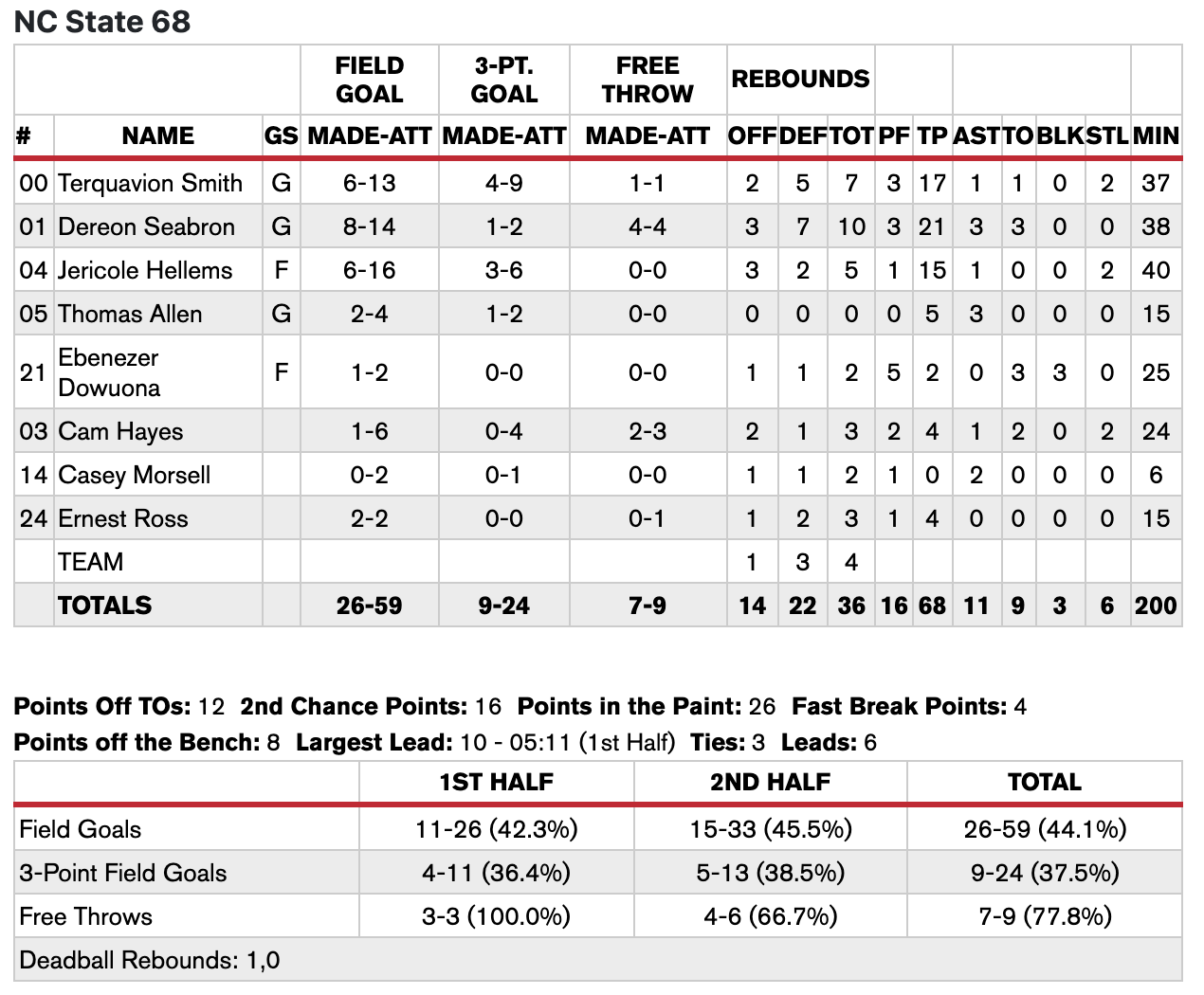 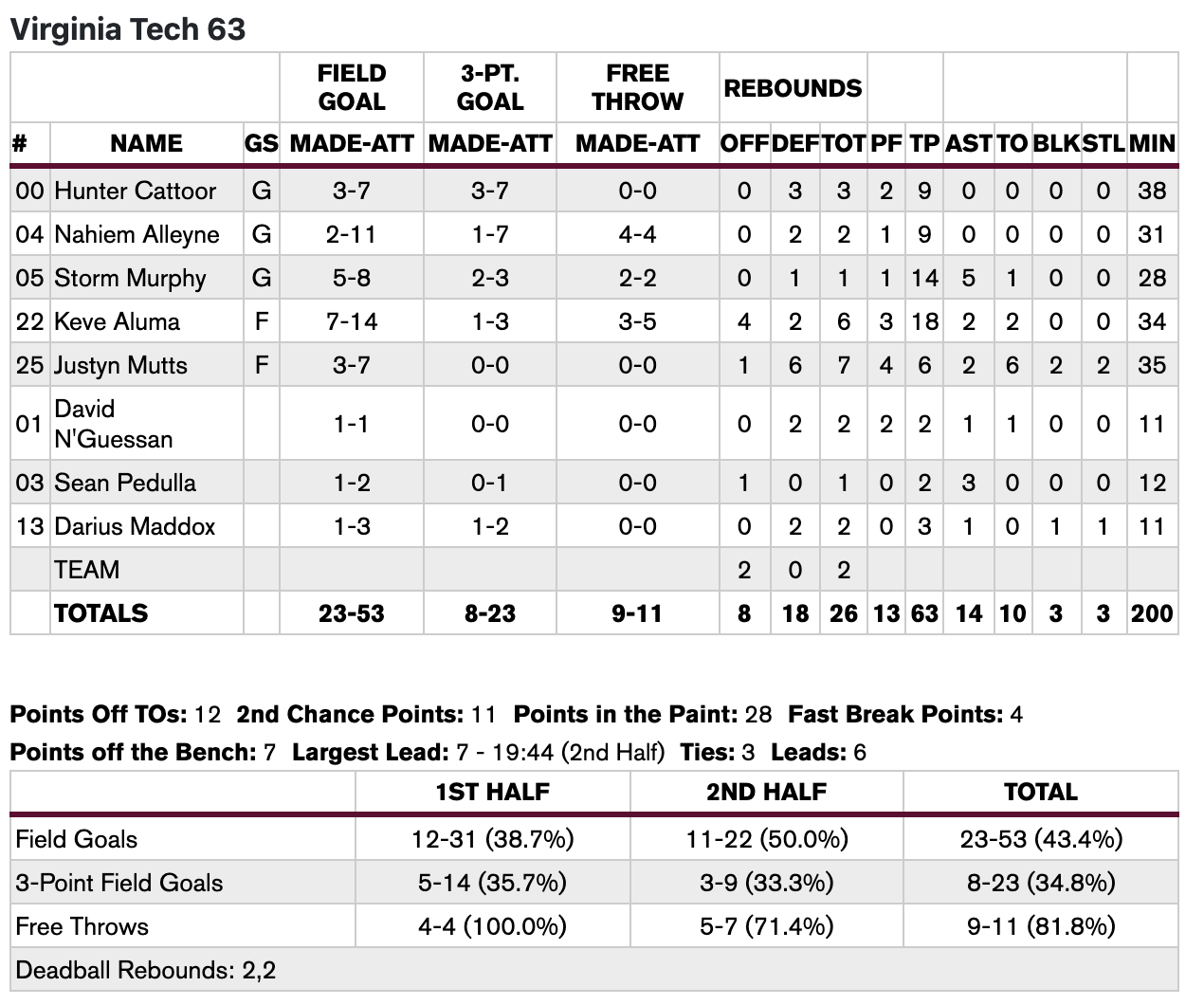