Backs against the wall, needing to hold on for a win. It’s been a theme of Virginia Tech’s 2021 campaign, and the team was in an awfully similar position in Scott Stadium on Saturday. This time, its season was on the line.

In this rendition, however, the Hokies held on. They got stops and they forced turnovers when they needed to, and Jordan Williams’ strip sack that resulted in a safety was just one of many examples. It didn’t matter that Virginia and Brennan Armstrong drove 54 yards in five plays to set up a walk-off touchdown to take back the Commonwealth Cup.

J.C. Price’s team didn’t flinch. They tightened their chinstraps and closed out the game, a 29-24 victory over Virginia. The win means the Cup stays in Blacksburg and the Hokies are going bowling at 6-6 (4-4).

“What an incredible team win,” an emotional Price said postgame. “Our offense carried us in the first half, the defense stepped up in the second half. Kids just made plays. We just wanted it more than they did tonight, that’s all.

“My emotions are there because this is my home, my school.”

In one of the crazier VT-UVa games in recent memory, Virginia Tech came out on top. Most importantly, the Hokies responded and went toe-to-toe with the Cavaliers for 60 minutes.

That can be tough to do against UVa’s potent offense, but Tech allowed Bronco Mendenhall’s team to score just three points – a 34-yard field goal early in the third quarter – in the second half. After that, they did not score again.

With UVa leading 24-17, Virginia Tech responded quickly. A six-play, 81-yard drive in 2:11 tied the game at 24. It was the “Philly Special,” too, a trick play where wide receiver Tayvion Robinson threw to quarterback Braxton Burmeister for the score.

The game was in VT’s hands from that point forward, even though only five points were scored for the remainder of the game. The Hokies forced two punts and two fumbles, both from the defensive line, and had a goal-line stop to clinch the victory. That came after Virginia scored three touchdowns and kicked a field goal on its first five possessions.

Norell Pollard forced the ball loose with 1:55 to play in the third quarter and recovered it, setting up the Hokies’ offense. That unit ate clock and trekked 63 yards in 12 plays and 7:24 to extend the lead, a drive that resulted in a John Parker Romo field goal.

Tech then forced UVa to go three-and-out, the lone occurrence in the game, and, on fourth-and-two on his own 16 with 3:17 to go, Armstrong was stripped by Jordan Williams. The ball rolled into the end zone and the Cavaliers recovered, giving the Hokies a safety.

From there, leading 29-24, the Hokies held on, even when pushed to the brink. UVa had four plays from inside the 15-yard line within the last 90 seconds (shades of VT at West Virginia in September) and Tech bent, but didn’t break.

“Down the stretch, those kids kept battling,” Price said. “We called the one timeout to stop the clock, to let the defense catch their breath, because we wanted our best players out there. Those guys stepped up and made a play and got off the field on fourth down.”

Raheem Blackshear led the way offensively for Tech with a career-high 169 rushing yards and a touchdown. He averaged 9.4 yards per carry and provided a spark offensively.

As a team, the Hokies rushed for 320 yards, the most since totaling 350 vs. Boston College last season. They used both quarterbacks and Burmeister led the way, finishing with 115 yards (9.6 ypc) and an average of 6.8 yards per carry.

Two scores through the air didn’t hurt either, especially in the fashion in which they came – the trick play and a 61-yard pass from Burmeister to Tayvion Robinson in the first quarter. Robinson finished with three catches for 89 yards, and Da’Wain Lofton and Kaleb Smith each came up with important receptions.

All things considered though, the most important thing is that the Hokies finished.

There have been so many moments this season – West Virginia, Notre Dame, Syracuse – where Virginia Tech was close, but fell in heartbreakers. The team always kept fighting, but never did enough to seal the deal.

When it mattered most, on Saturday at their rival, the Hokies got the result they wanted. Many around the program struggled to put his emotions into words.

“There wasn’t a kid out there that didn’t play their heart out,” Price said. “It may sound cliché, but these kids deserve this. … What happened to our team was unprecedented, but the way those kids keep coming together, they never splintered.

“That’s what Virginia Tech is about, being a family. Those kids rallied around each other and refused to give up.”

The game unfolded with craziness similar to the 1995 rivalry game, a matchup Price was a part of as a player. Five turnovers, 938 yards of total offense and 50-plus points. For reference, the ’95 rendition included five turnovers, all interceptions, 739 yards and 65 points.

“I’m so happy for these kids,” Price said. “Somebody pinch me. I’m so happy, I don’t know whether to laugh, cry. It’s going to be a fun bus ride home.”

Earlier this week, Price told the media that he relayed to his players that they needed to “make their own moment” in this game. Many did, like Williams, Pollard, Blackshear and Daley, who had a first half interception.

“It was Jordan Williams, it was Amare Barno showing up on a pass rush, it was the offensive line for how many yards we rushed for,” Price said. ‘It was the running backs, it was both of those quarterbacks playing their butts off, Tayvion [Robinson] throwing a pass.

“It wasn’t just one guy. … Multiple guys listened to that message and took it upon themselves and said, ‘you know what? No, not today.’ That’s what they did.”

Now, the team gets to send off its seniors with a bowl game. Where, the destination will be unveiled in just over a weeks’ time, but Price said he’s “never been to a bad bowl.”

A sixth win in Charlottesville to retain the Commonwealth Cup and get to a bowl game. It doesn’t get much sweeter than that, especially for this group. 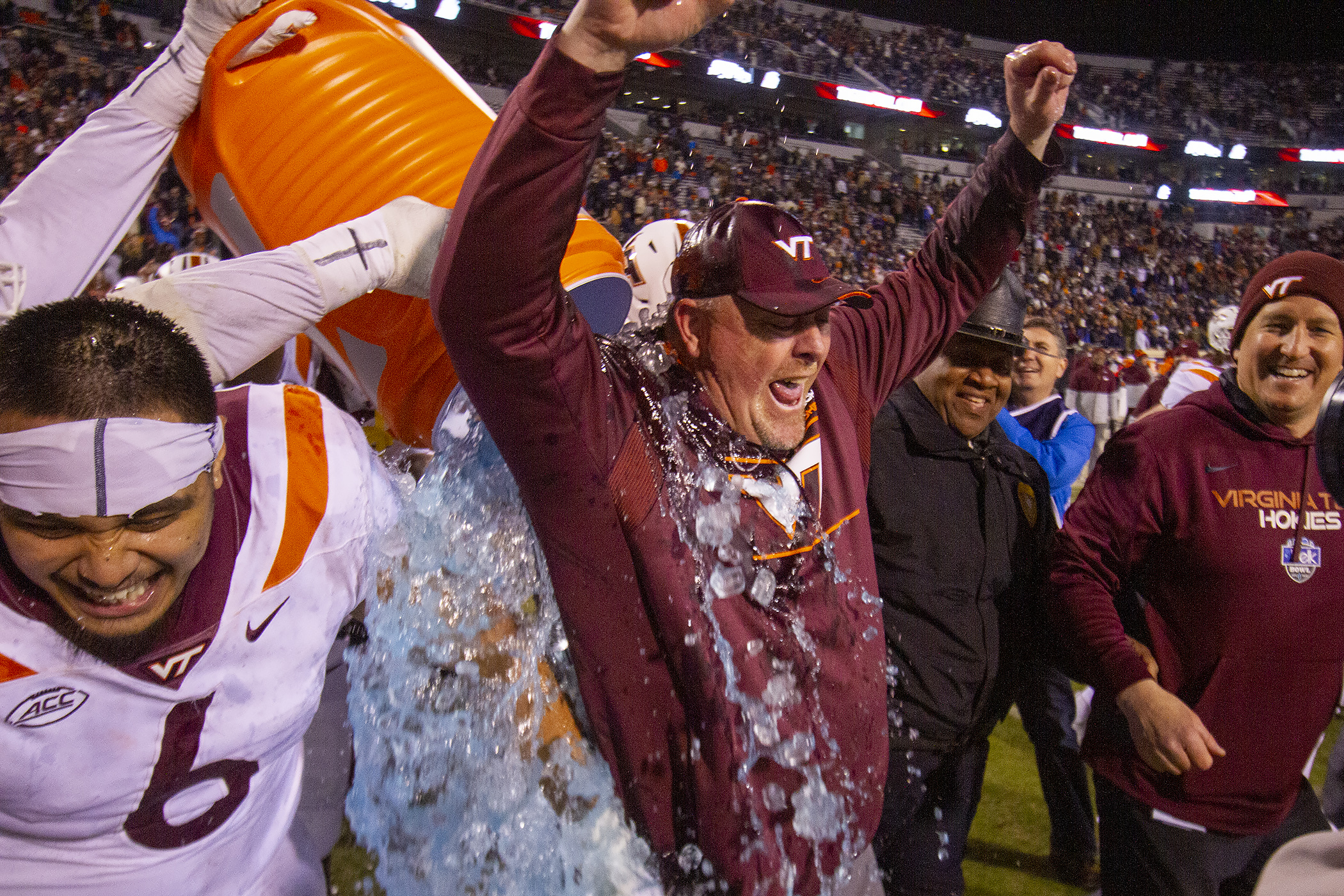 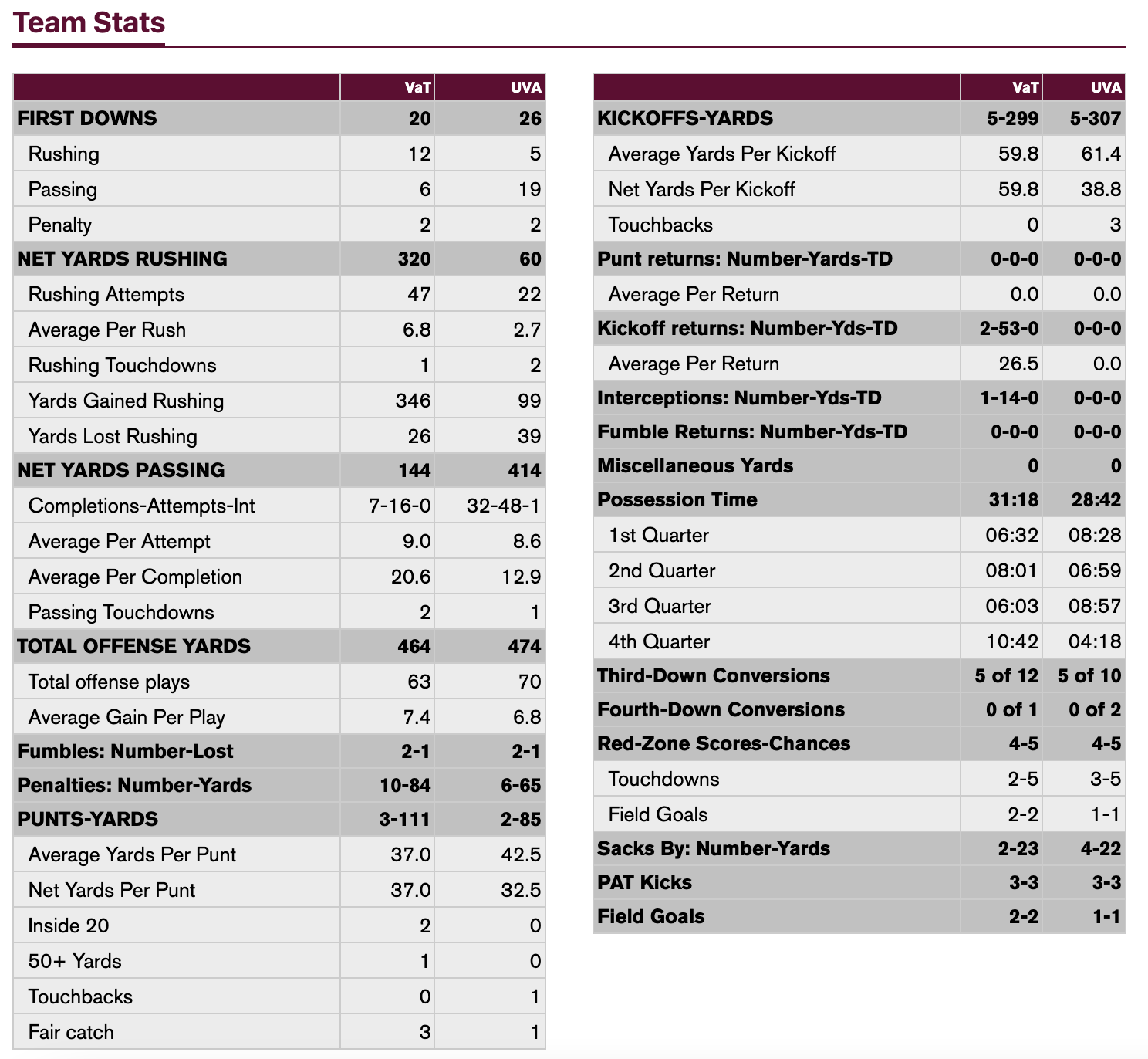 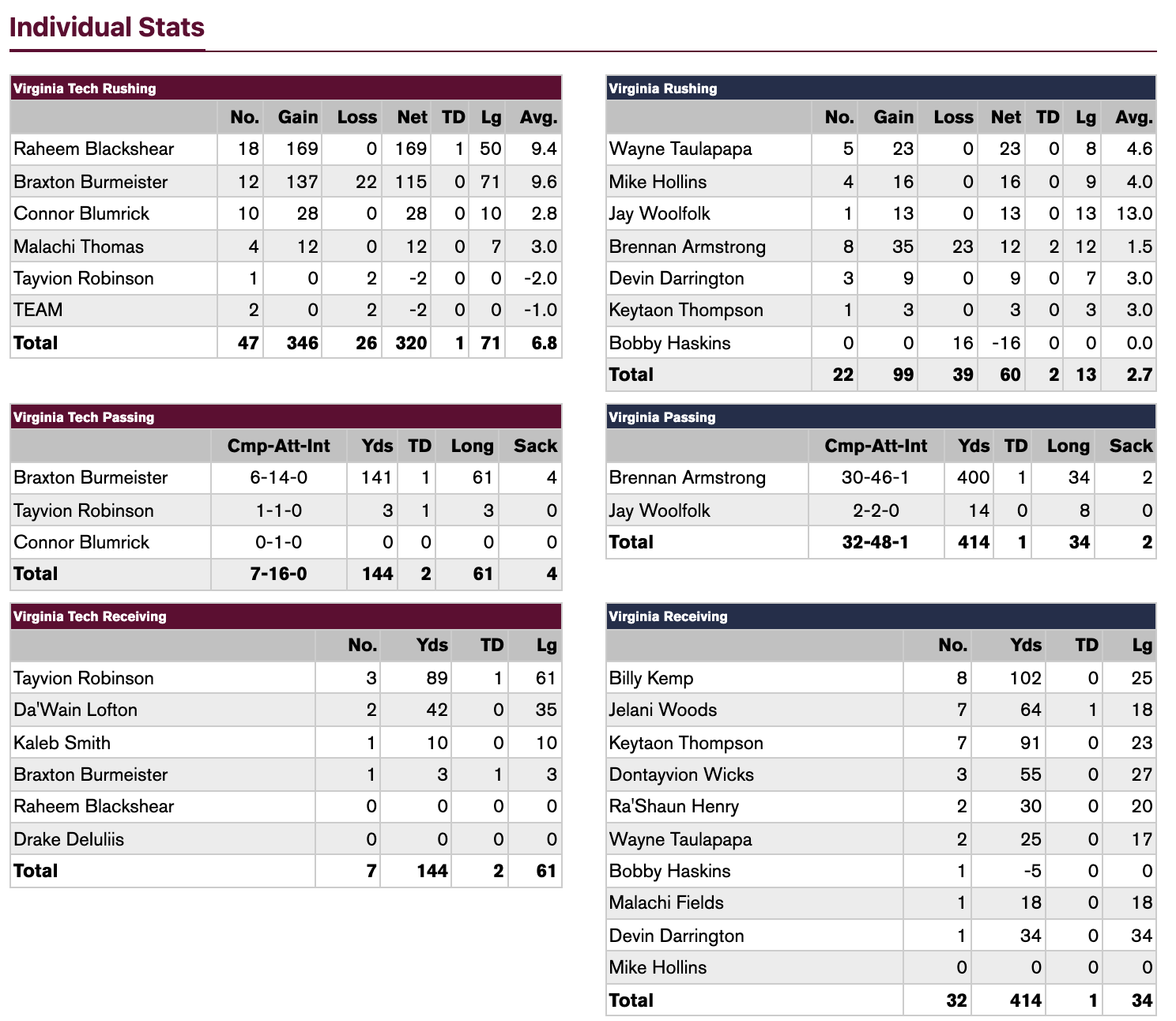 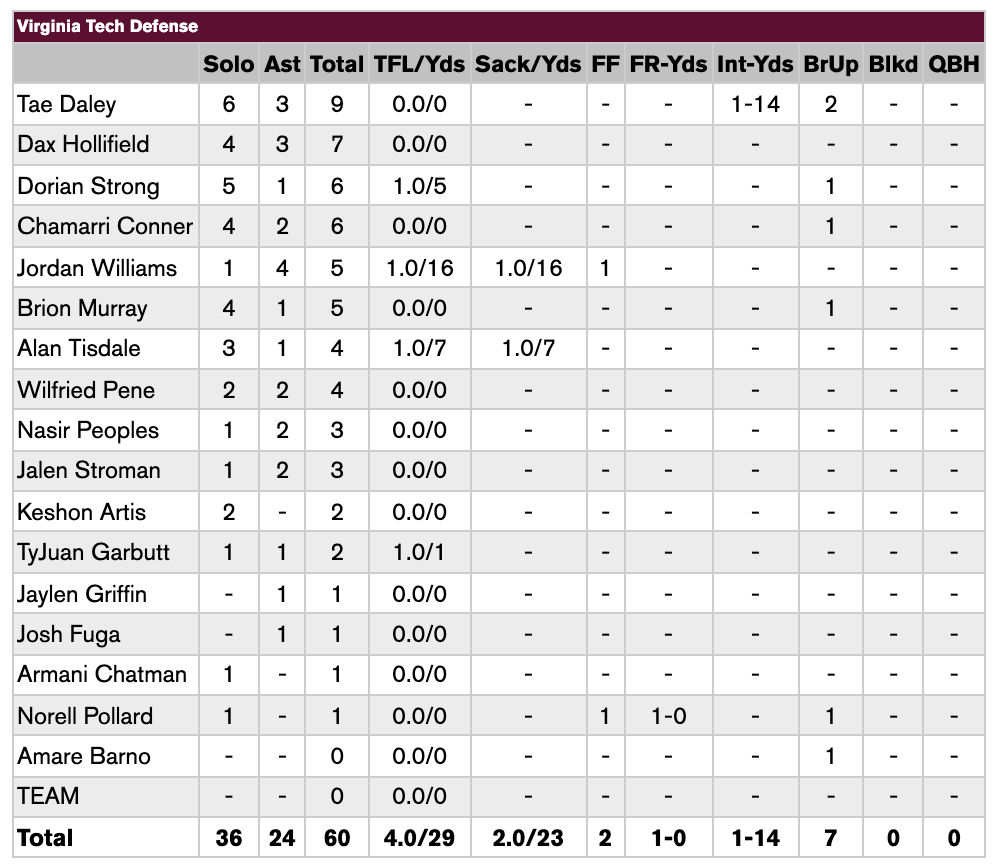