In Virginia Tech’s final tune-up game before kicking off a dangerous non-conference stretch, the Hokies blew past Merrimack in a 72-43 win in Cassell Coliseum.

Though the student attendance was sparse due to Thanksgiving break, a cheery crowd (4,730) saw the Hokies shoot 55.1% in Sunday’s matinee en route to the 29-point win, the program’s 1,500th all-time victory.

“You know they [Merrimack] are going to play all zone,” Tech head coach Mike Young said afterwards. “They don’t do anything but that, which I was a little nervous about. … I thought we shared and put the ball in really good places. They were darts – there was no lag time for Merrimack to recover.

“To see [Nahiem] Alleyne, to see [Storm] Murphy, [Sean] Pedulla got one down, [Darius] Maddox got one down. We’ll see more and more of that as we go along.”

Unlike the previous few games against Radford and St. Francis, Virginia Tech (5-0) got off to a hot start against the Warriors (3-3). Three makes on five three-point attempts in the opening nine minutes helped the Hokies push their lead to nine points, and after Sean Pedulla drilled his lone triple of the night with 8:47 to play in the first half, Tech led by ten points the rest of the way.

Storm Murphy (14 points, 6-8 FG) and Nahiem Alleyne (12 points, 4-9 FG) led the Hokies in scoring, while Tech played all 13 players on roster, including walk-ons Camden Johnson and Ben Varga, and all but two scored. Johnson and Varga both made three-point baskets in the final two minutes, which send those in attendance into a frenzy.

The early lead was important, though. Unlike the past two games where it was close heading into halftime and Tech had to make adjustments, the game was, in almost every facet, put to bed before intermission. That gave Young time to rest some starters and give minutes to some other members of his rotation.

Ojiako was arguably the most impressive of the bunch, however. The junior finished with six points (3-4 FG) and five rebounds, and his improvement has really shown.

With 1:02 to play in the first half, Justyn Mutts corralled a defensive rebound and helped push Tech up the floor. He received the ball again at the top of the key, and he fired a rocket of a pass to Ojiako on the left block, which hit him right around the waist. The big man caught it and looked surprised that he did, for a second, before posting up his defender, spinning to the rim and laying it in for two.

“I think John catches everything I throw to him, and that’s why I’ll always throw the ball to him,” Mutts said. “I’ve been telling him this since summer started. Obviously, he’s too big for anyone to guard him in that area. Once you get him down there, they have to foul you or you’re going to score.

“The amount of work that he puts in in the gym with Ace [Custis], I have the utmost confidence in him. That’s why I’ll always give him the ball if I see him down there.”

Ojiako has made quite the improvement since he arrived in Blacksburg. He didn’t start playing basketball until really late in high school, so he’s a very raw talent. But the Lagos, Nigeria native has the size and athleticism at 6-10, 245 pounds to be a solid basketball player. The Hokies have made progress on molding him into one.

“His hands have really improved, it’s hard to teach that,” Young said. “He has a much better feel for the game. … John hasn’t played a lot of basketball, but every rep he gets, every opportunity he has is a learning experience for him and an opportunity to grow.”

Mutts had a very solid under the radar game on Sunday. He had a quiet nine points on four-of-five shooting, grabbed seven rebounds and dished out five assists, all in 22 minutes. Hunter Cattoor added eight points and three boards, while Keve Aluma – after going scoreless in the first half – contributed six and five.

Still, the Hokies shot well, were good on the boards (32-22), forced 15 turnovers, moved the ball (15 assists) and held Merrimack to 38.8% shooting. It’s the fifth straight game Tech has held its opponent below 40%.

That defensive statistic is relevant to the stat of the day, courtesy of Evan Hughes on the Virginia Tech Sports Network: It is the first time since the 1946-47 season that the Hokies have held their opponents under 60 points in each of the first five games.

“I’ve used the term ‘connected,'” Young said. “They’re so connected. Our ball screen defense still has to improve, but we’re very connected. Kids are smart, kids know what it’s supposed to look like.

“We’re going to run into a lot of teams here that shoot the ball better than some that we have played here in our first five. Have to get a little bit better in that regard, getting out of gaps into a close out, but I think that’ll come as we move through the season.”

Up next on the docket for Virginia Tech is No. 11 Memphis. The Hokies will meet Penny Hardaway & Co. in the Barclays Center in Brooklyn, N.Y. on Wednesday night at 9:30 p.m. ET on ESPN2.

The Tigers are 4-0 and, as Young pointed out, are one of the top teams in the country defensively. Per KenPom, Memphis is No. 2 in the nation in adjusted defensive efficiency at 87.1.

“Coach Hardaway’s teams have been exceptional defensively,” Young said. “Again, I don’t know a lot about them [yet] but they are No. 3 nationally right now in something that I pay particular attention to with regards to those types of things. I know they’re very long and aggressive.”

Memphis is the first of many challenging tests for Virginia Tech through the end of 2021.

The Hokies will play Xavier or Iowa State on Friday, travel to No. 20 Maryland on Dec. 1, host Wake Forest on Dec. 4 and then play Cornell and at Dayton. That’s all before a Friday night matchup in Charlotte with No. 22 St. Bonaventure, who came back from a 16-point deficit to defeat Clemson a few days ago. After that, Tech has Duke and North Carolina on the road in a span of a week to end 2021.

I’ll be back on Tuesday with an in-depth look at Memphis. 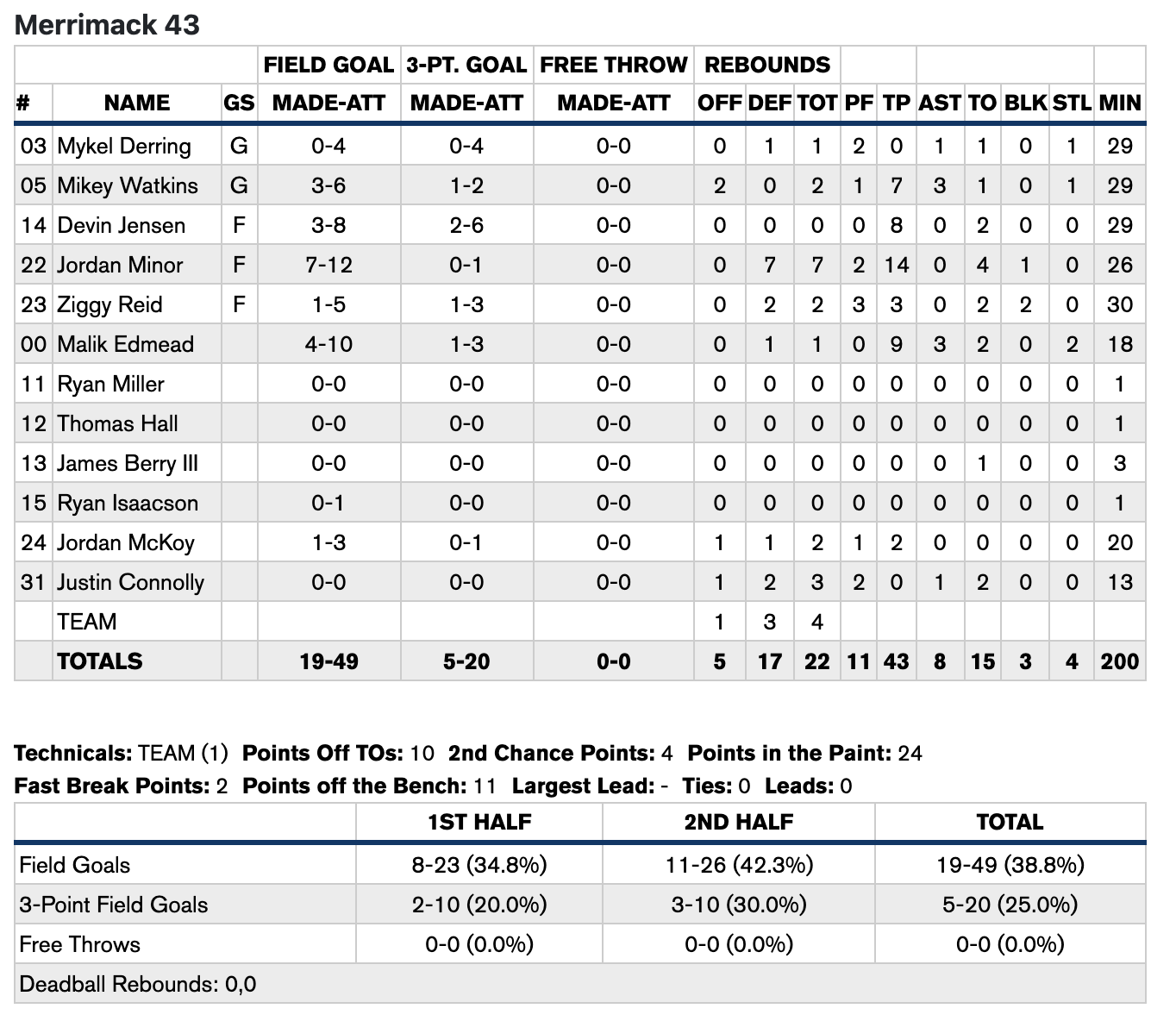 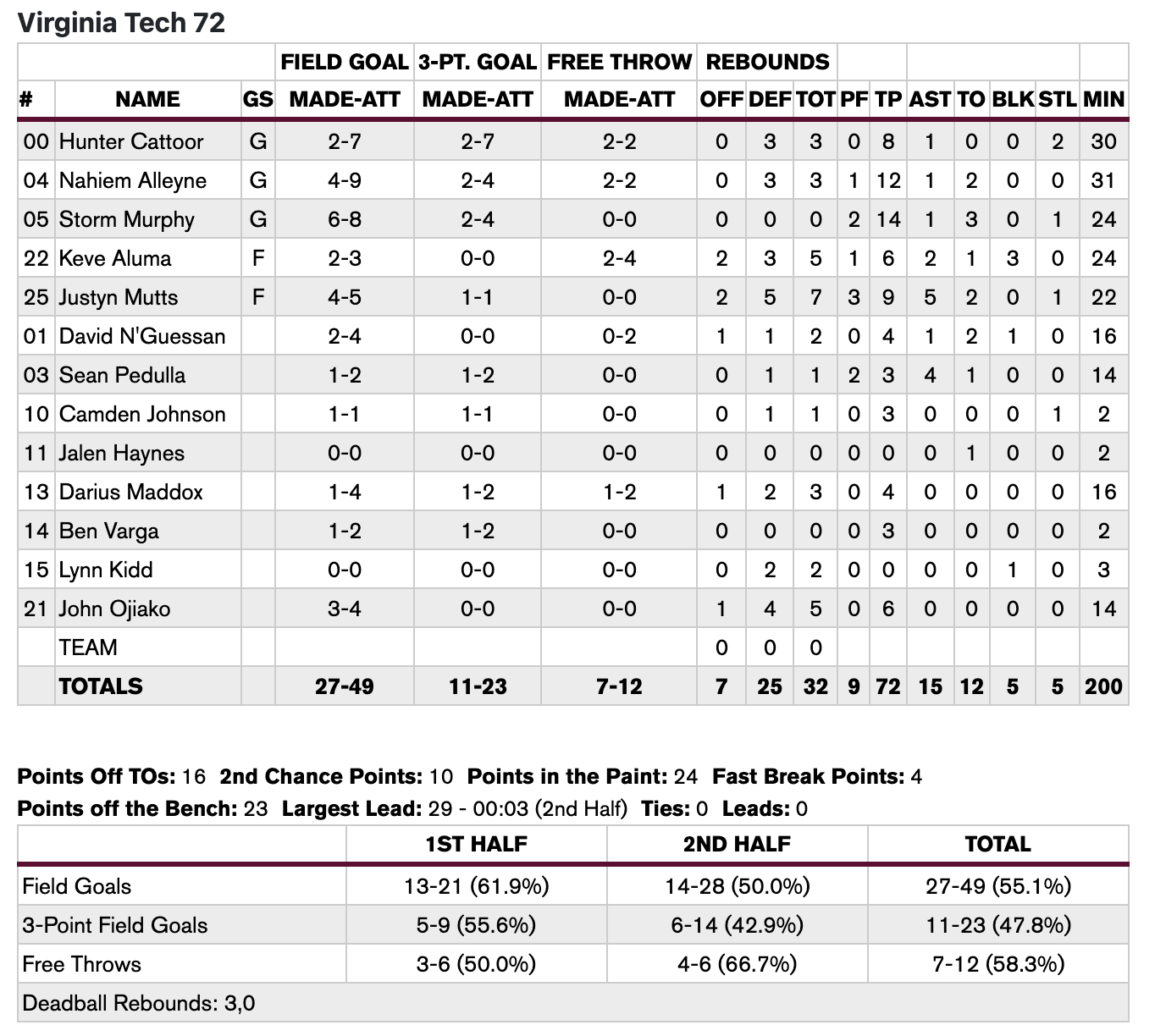