Aluma played just 17 minutes, though he did get into foul trouble, as Young pointed out, and this was a game where Tech could afford to rest him. As a result, Young rotated through his bench, and all 13 players on roster, including two walk-ons – Camden Johnson and Ben Varga – played.

The Hokies (1-0) quickly pulled away from the Black Bears (0-1), posting a 12-2 lead at the under-16 media timeout. Tech led 46-22 at intermission, which afforded Young time to experiment with different lineups and rest some players.

One of those who got a breather was Aluma, who Young said has “a little sore back” from getting whacked in practice this past week. The head coach pointed to Aluma’s three personal fouls, though, and said that was just another reason to play Mutts, N’Guessan and Ojiako in his place.

Maybe the most impressive thing from the victory was how in-sync the team looked for much of the game. Tinkering with different rotations – Young said Virginia Tech will get to a nine-man rotation, and hopefully ten, this season – throughout the night, nine players saw ten-plus minutes.

Mutts shone the brightest out of the starters, and he was a difference-maker, just as Young described him earlier this season.

He attacked the glass, scrapped for second chance points, hit a three-pointer and found open teammates. Mutts finished with seven rebounds, six assists, a block and two steals in addition to his game-high 15 points.

“I’ve never seen him look so slithery through bodies, like the Rubberband Man,” Young said of Mutts postgame. “He’s good, David. There’s no other way to put it. He is a whale of a basketball player, a delightful young man to coach, and he’s good.”

Alleyne was his usual self, too. The junior ended his 2020-21 campaign on a high note, notching the game-tying three-pointer that sent the Hokies’ NCAA Tournament game with Florida into overtime in March. He finished last season with five consecutive games in double figures, highlighted by his 28-point performance against the Gators.

Against Maine, that same version of Alleyne showed up. He hit three of his six attempts from behind the arc, grabbed seven boards and dished out four assists.

“He’s had two great years for us, and to see him now – big, strong and mature and he’s seen so many plays and has been a part of many big games,” Young said. “But how could it not take your confidence level to new heights, to do that on that stage in the NCAA Tournament against a fine Florida team. He carried that over into the spring and summer where he worked like a trojan and he’s good.”

Cattoor did what he does best, drawing charges (his first of the season, and you can bet I’m keeping track of that stat) and hitting threes. He finished with four rebounds and five assists.

Out of all of the rotational players, though, it was N’Guessan and Ojiako that impressed.

Young talked the two up in the preseason. He mentioned N’Guessan’s transition to the wing, how he’d developed as a shooter and would be a contributor out there. Similarly, he mentioned Ojiako’s improvement and backing up Aluma at the five after missing the majority of last year due to injury.

Even though it was against Maine, both players stood out on Tuesday night.

N’Guessan was a perfect seven-for-seven from the field and drilled his first career three-pointer, while he showed he had some inside game too. Closing in on two minutes to play in the first half, the sophomore caught a pass on the baseline with his back to the basket, about 20 feet away from the rim. He backed his defender down, gave a little shimmy, spun to his right shoulder towards the hoop and banked in a shot.

“I was just going with the flow, playing my role, doing my job,” N’Guessan said. “I was making shots and my teammates were finding me in the right spots and I was able to get them in.”

That move showed N’Guessan’s improvement, while Ojiako looked solid in his first minutes since Feb. 27 against Wake Forest. He was four-for-eight with four rebounds and had a strong and-one early in the game.

With eight minutes to play in the first half, Ojiako grabbed an offensive board off a Murphy missed three-pointer over two Maine defenders. He spun towards the rim, went up, absorbed the contact and laid it in, all while getting fouled. He made his free throw to cap off a five-point run of his own, which started with a dunk off a no-look backdoor pass from Mutts.

“He’s a dog, he’s hard to stop, he’s a unit,” Mutts said of Ojiako. “He’s in the gym every single day, not only working on the court, but also getting treatment and stuff like that, and all of that stuff adds up and plays a huge part later on, especially later on in the season.”

“His time is here,” Young said. “He’s struggled through some things. Some weight issues that weren’t all his fault. Just so many things new to him: the language, the techniques. But to his credit, he’s a really, really smart man and he’s a serious ball player and he’s worked at it and put himself in position to help this team. He’s going to help this team a great deal.”

Undisputedly, the best part of the night was having fans back in the stands. After having barely any supporters at games due to COVID-19 last season, it was great to see Cassell Coliseum full of life again with 6,473 people. The students showed out and fans were loud.

Enter Sandman in Cassell Coliseum. Ain’t much better than that. #Hokies pic.twitter.com/LFWZRK5vWQ

“It was awesome,” Young said. “I’m so appreciative of our student section. Those guys are just remarkable. … I think of Cassell Coliseum, I think of energy, I think of enthusiasm. And it was so much fun to see that in this grand old building again.”

Virginia Tech now turns its attention to Navy. The Hokies travel up to Annapolis, Md. on Wednesday to participate in events at the Naval Academy with the other three teams competing in the Veterans Classic – Richmond, Utah State, Navy – before squaring off with the Midshipmen on Friday.

The meeting is the first with the Naval Academy since 2008, when the two met in a tournament in Washington, D.C. The all-time series is split with three wins apiece, though Virginia Tech has won the last three meetings.

The Midshipmen are riding high after a big season-opening win on Tuesday night in Charlottesville. Navy upset No. 25 Virginia, 66-58, in John Paul Jones Arena, the program’s first top-25 win since 1986. David Robinson led the way in Navy’s NCAA Tournament win over No. 9 Syracuse in the second round that year, per The Richmond Times-Dispatch’s David Teel.

Friday’s game is an 8:30 p.m. tip (game two of a doubleheader – Richmond vs. Utah State is at 6 p.m.) on CBS Sports Network. I’ll have more details on the Midshipmen in my game preview on Thursday. 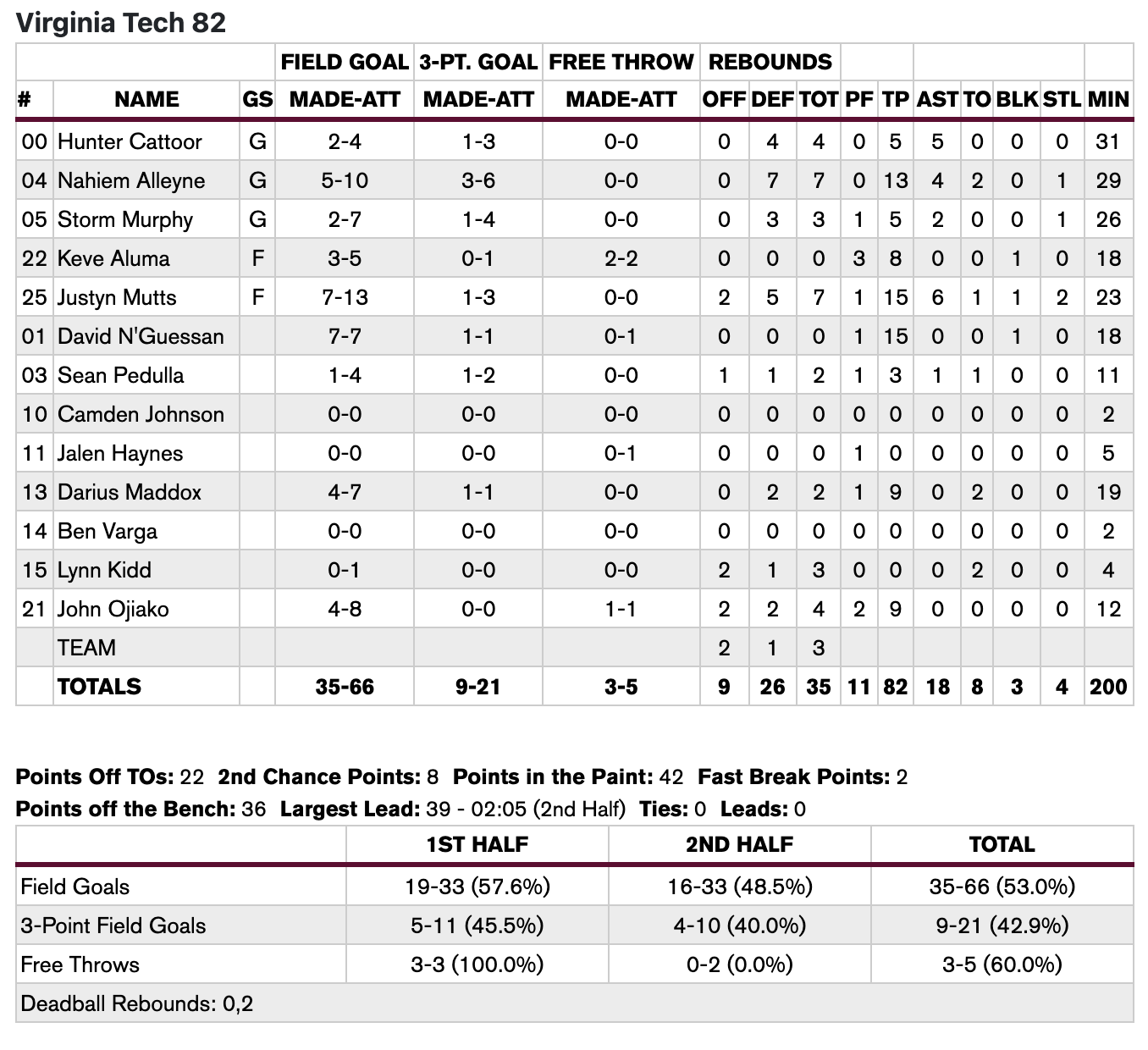 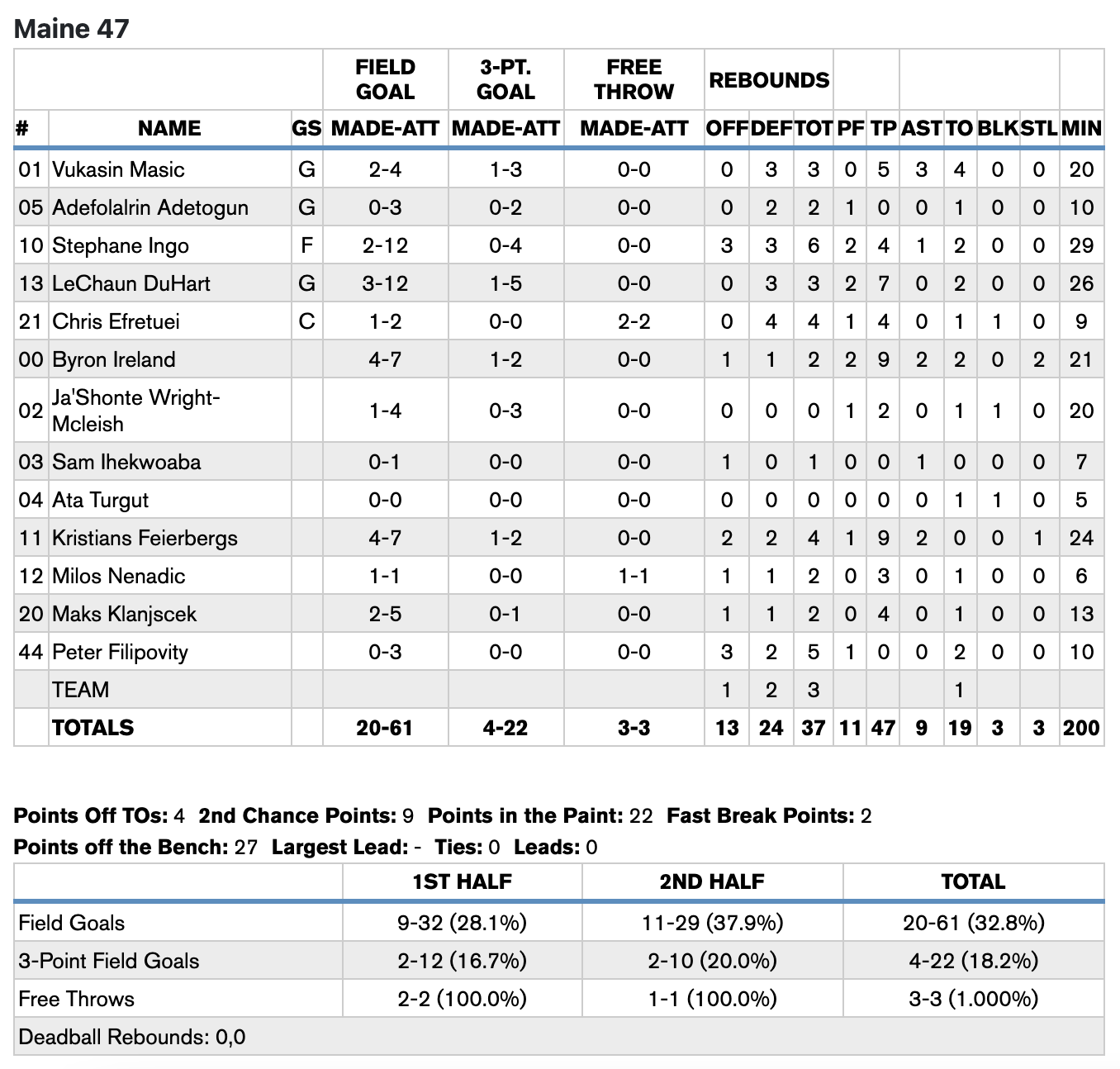