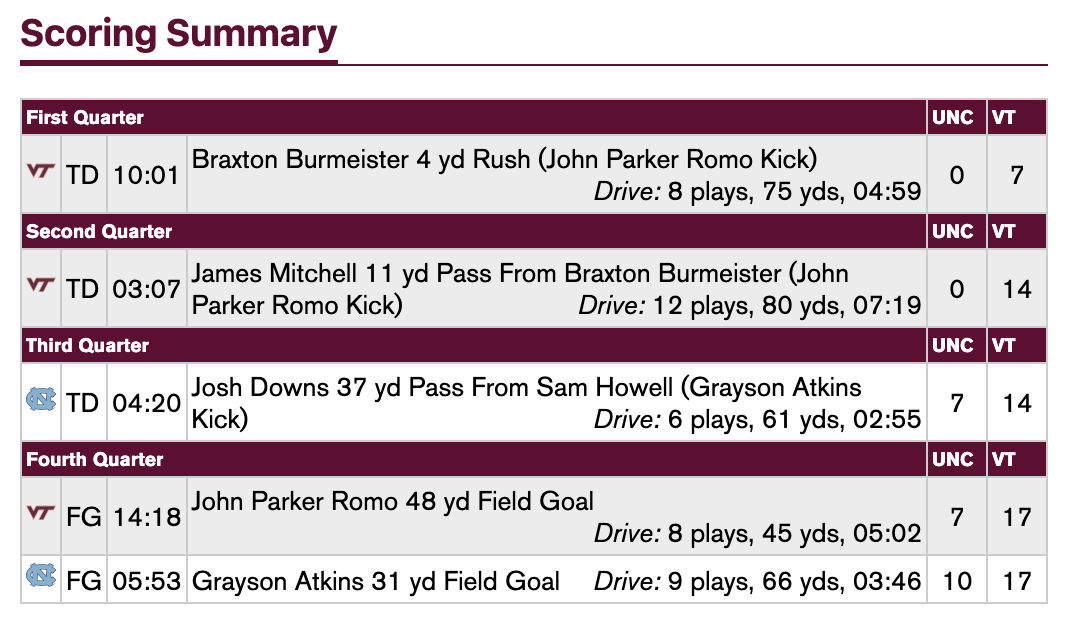 For the first time since September 2009, Virginia Tech defeated a top-ten team in front of a Lane Stadium crowd on Friday night, upsetting No. 10 North Carolina 17-10.

“It was as impressive of a [defensive] performance as I’ve seen,” Virginia Tech head coach Justin Fuente said postgame. “It was incredible to continue to answer the bell there in the second half.”

A tale of two halves, Virginia Tech started the game with two touchdowns on its first three drives, all while milking the game clock. Quarterback Braxton Burmeister scampered into the end zone after a five-minute drive to put Tech up 7-0, and he connected with tight end James Mitchell in the second quarter for the Hokies’ second score.

On a third and goal from the UNC 11, Burmeister stepped up in the pocket and threw a laser that found the outstretched arms of Mitchell for six. Fuente was convinced that Burmeister was actually aiming for Tayvion Robinson, who was behind Mitchell.

Braxton Burmeister to James Mitchell for the HOKIES TOUCHDOWN

“I knew one of them was going to catch it,” Burmeister said with a chuckle.

Burmeister & Co. ate 20:49 off the clock in the first half, gaining 12 first downs in the process. Tech also converted on six of its seven third downs. Burmeister completed seven of his eight passing attempts, too; the lone incompletion came from Tre Turner, who dropped a pass that hit him in the hands in the end zone.

However, outside of the first half, it was a quiet night for Virginia Tech on offense. The Hokies finished with 127 rushing yards and 169 passing yards, 58 yards behind UNC in total offense. In the second half, Tech punted three times, threw a pick and kicked two field goals (making one).

It was Justin Hamilton’s defense that stood out in the late stages of the contest.

On the defensive side in the first half, the Hokies forced three North Carolina punts on four possessions. The fourth, which was UNC’s most progressive drive into Tech territory at the VT 30, fell right before halftime. Outside of that, the farthest the Tar Heels got was to the Hokies’ 37.

The Hokies had four sacks, 1.5 from Amare Barno, and one forced fumble (also from Barno) in the first 30 minutes. In 2020 against Carolina, Tech had one sack over the course of 60 minutes.

It was a revamped and reenergized defense, particularly up front, in the 2021 season opener.

“I knew the key to the game was stop the run,” Tech linebacker Dax Hollifield said. “First off, stop the run. We did that until we got into some passing situations and they would run the ball when we were in little dime packages and stuff like that. But we stopped the run.”

Hollifield, who finished with half of a TFL and half of a sack, preached to the media early in the week that Tech had to stop the run. Against the Tar Heels in Chapel Hill last season, the duo of Javonte Williams and Michael Carter demolished the Hokies for 400 yards.

On Friday, North Carolina rushed for 146 yards. No back had more than 66, and UNC had 67 at halftime.

“When you make an offense one-dimensional, and you have athletes on the edge and in the middle that … I’m taking those four [defensive linemen] against any five in the country in a one-on-one matchup,” Hollifield said. “And they did that, and they got pressure and we got after them. The proof is in the pudding.”

The defense was relied on heavily in the second half as Tech’s offense struggled. After chewing so much clock and scoring 14 points in the first half, the Hokies couldn’t move the ball in the second.

Tech went three-and-out and punted on its first two second half possessions. The only drive where the Hokies moved the ball was after Carolina’s lone touchdown of the game (a 37-yard pass from Sam Howell to Josh Downs). Burmeister led the offense on an eight-play drive that ate 5:02 off the clock. Tech didn’t have more than a six-play drive over the next four possessions, though.

In a 17-7 game entering the fourth quarter with an offense that couldn’t move the ball, the Hokies’ defense stepped up.

On UNC’s four possessions in the fourth quarter, Tech forced a turnover on downs, picked off Howell twice and sacked Howell once in the red zone to force a field goal. Sure, the defense gave up 132 yards over those four possessions, but led by a strong defensive line, it didn’t budge.

While the defensive line play across the board was solid, ends Barno and TyJuan Garbutt stood out in particular.

It was that kind of night for the Hokies’ defensive line.

“We feel like as a D-line, we can wreck the game, which, as an example, tonight,” Garbutt said with a smirk and a shrug. “I love playing with all those guys. We bring the energy.”

The talented play up front forced Howell, a potential first round NFL Draft pick, into some strenuous situations, and ultimately three interceptions. Chamarri Conner, Jermaine Waller and Hollifield each came away with a pick.

Against Virginia Tech the previous two seasons, Howell threw for 605 yards, eight touchdowns and no interceptions while completing 61% of his passes. On Friday: 17-32 (53%), 208 yards, one touchdown, three interceptions.

Tech’s strategy of stopping the run and getting pressure paid off, and it helped that it had a packed house to provide some noise and energy. The Hokies fed off of it.

“What an unbelievable crowd tonight. I’ve never seen it like that,” Fuente said. “So much energy… our fans were incredible. They played a huge role in the game.”

Burmeister and Hollifield echoed that statement. The quarterback said there was a play on offense at the goal line where he didn’t think his offensive line could hear him.

“The atmosphere was nothing like I’ve ever seen in my life,” Hollifield said. “Half the time, I couldn’t talk. I was on the D-line like, ‘we’re in this,’ because they couldn’t hear me five feet away. I had to whisper in the ear that. That was incredible.”

In a way, it’s the dream start to the season for Fuente & Co. It wasn’t pristine but it got the job done. Will North Carolina turn out to be a top-ten team in November? Only time will tell.

But for 60 minutes on Friday night, Virginia Tech went out in Lane Stadium and took it to UNC. The Hokies played the hard-nosed football Fuente’s preached for so long. And in the end, it paid off in a seven-point win over a divisional rival.

In front of a sold-out Lane Stadium, too. What a way to start the 2021 campaign.

“That was incredible,” Hollifield said. “So next week, let’s do it again. Again.” 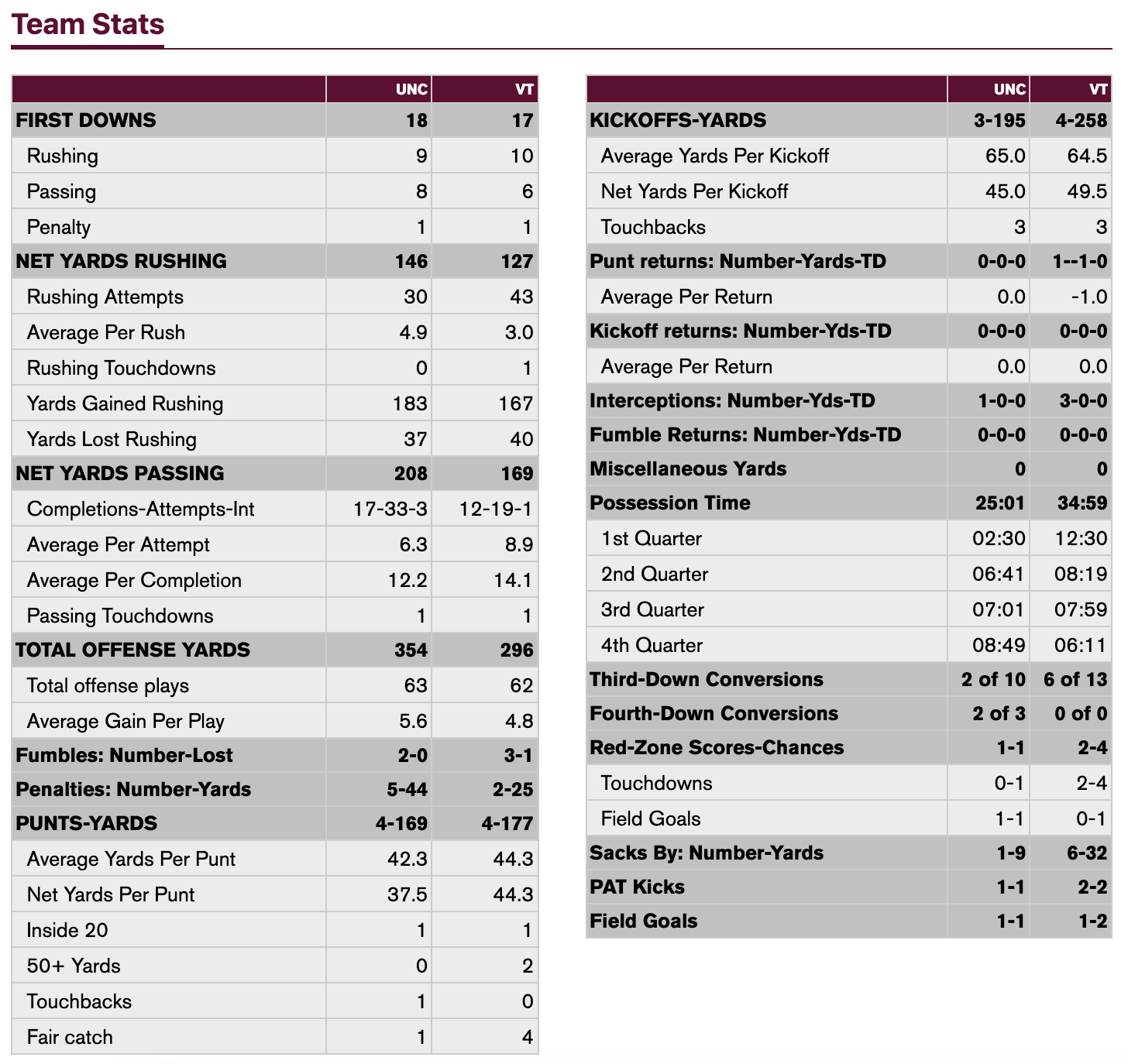 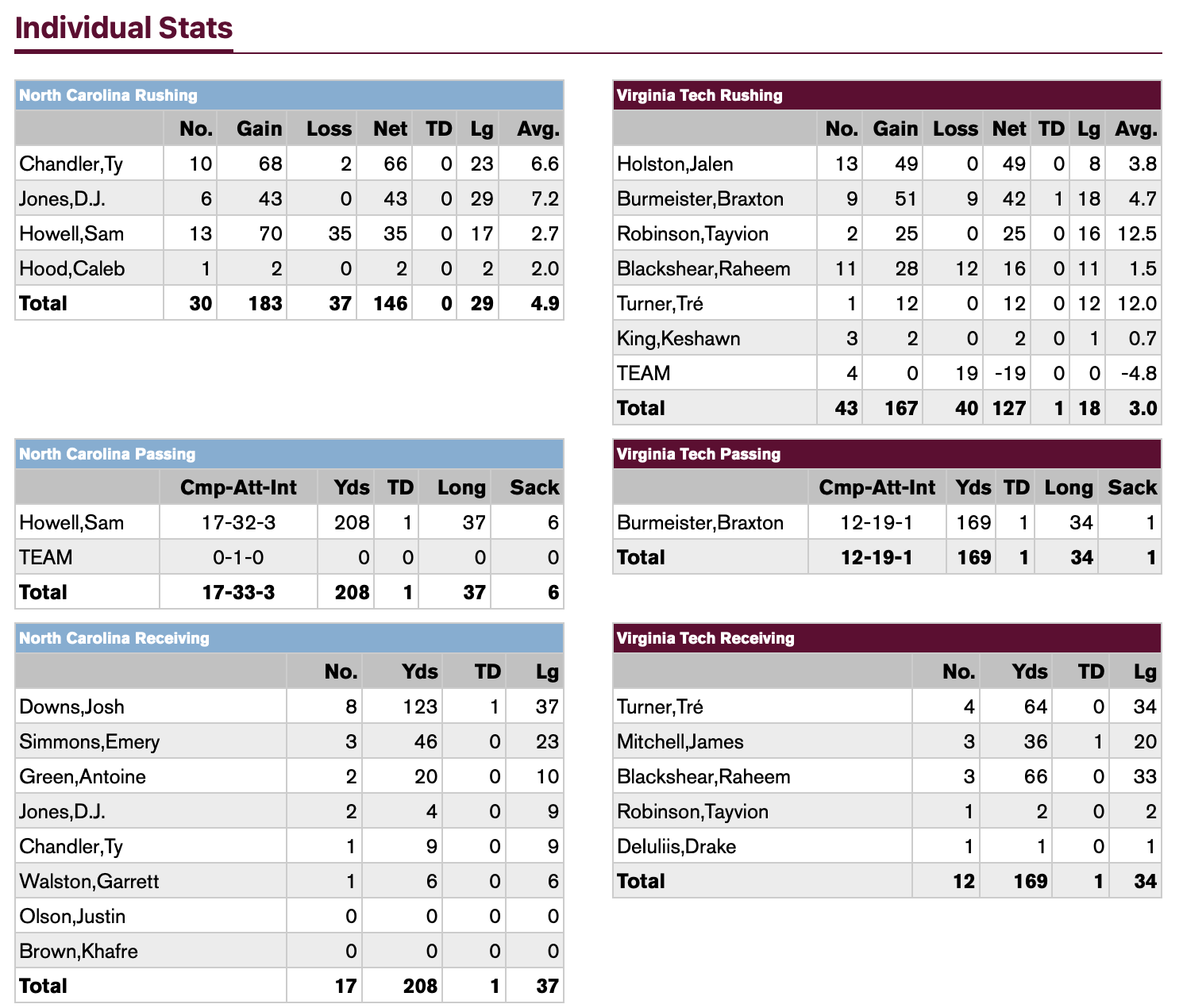 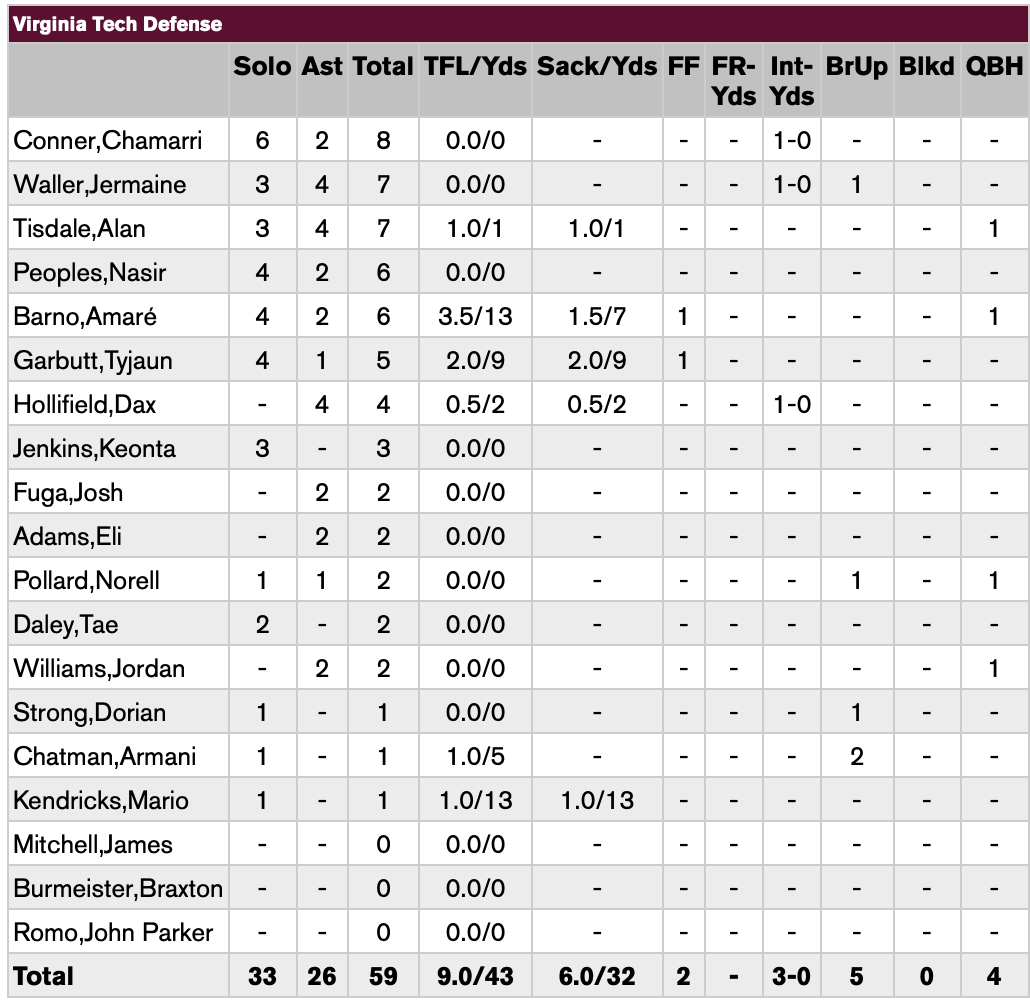