Virginia Tech football has released the depth chart for Friday night’s game against North Carolina. Here are the offensive, defensive, and special teams depth charts, via @andybittervt on Twitter. 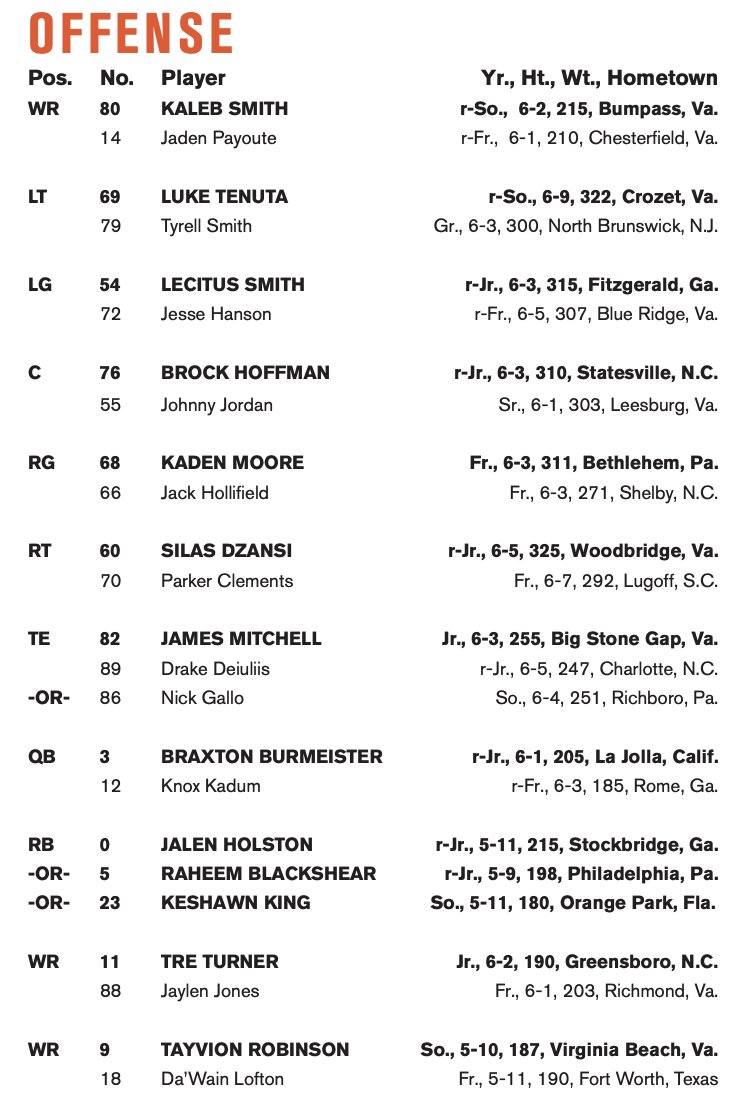 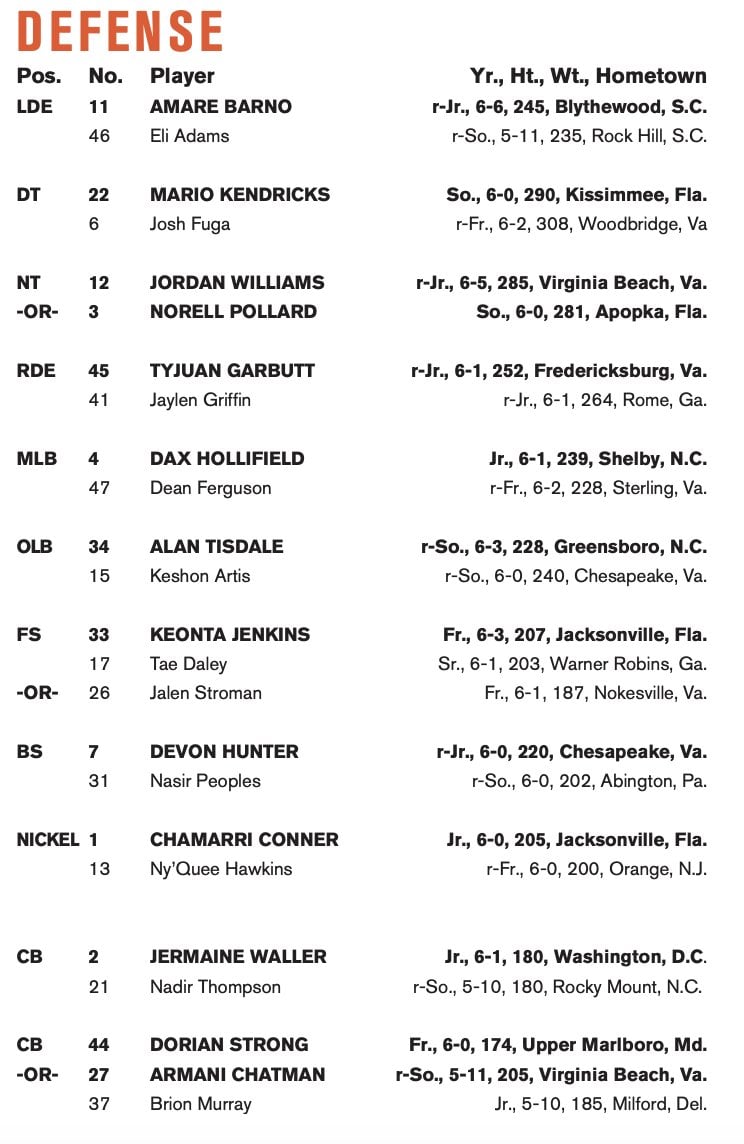 There’s a surprise on the offensive line, where Kaden Moore starts at right guard, backed up by Jack Hollifield. (Though it’s likely that Brock Hoffman, Johnny Jordan or Silas Dzansi would fill in for Moore if needed before Hollifield would play.)

Kaleb Smith being listed ahead of Jaden Payoute at one of the wide receiver positions might be a surprise to some, but Smith (19 games, 9 starts) has the experience over the oft-injured Payoute (4 games in 2019, none in 2020), who was limited in fall camp with a hamstring issue.

Defensively, Norell Pollard is listed in a tie with Jordan Williams for the starting nod at one of the defensive tackle positions, after many assumed that Pollard would start next to Williams.  Instead Mario Kendricks is listed as the other starter at defensive tackle. Beyond that, there are no surprises, except perhaps for Armani Chatman being listed as a co-starter with Dorian Strong, though it was reported recently that Chatman is having a strong fall.

On special teams, Jon Parker Romo gets the nod at PK, with Peter Moore at punter, and as previously reported, returners will be Keshawn King (kickoffs) and Tayvion Robinson (punts).

Virginia Tech football opens against #9/#10 North Carolina Friday night at 6 PM on ESPN. Virginia Tech has announced that the game is a sellout.