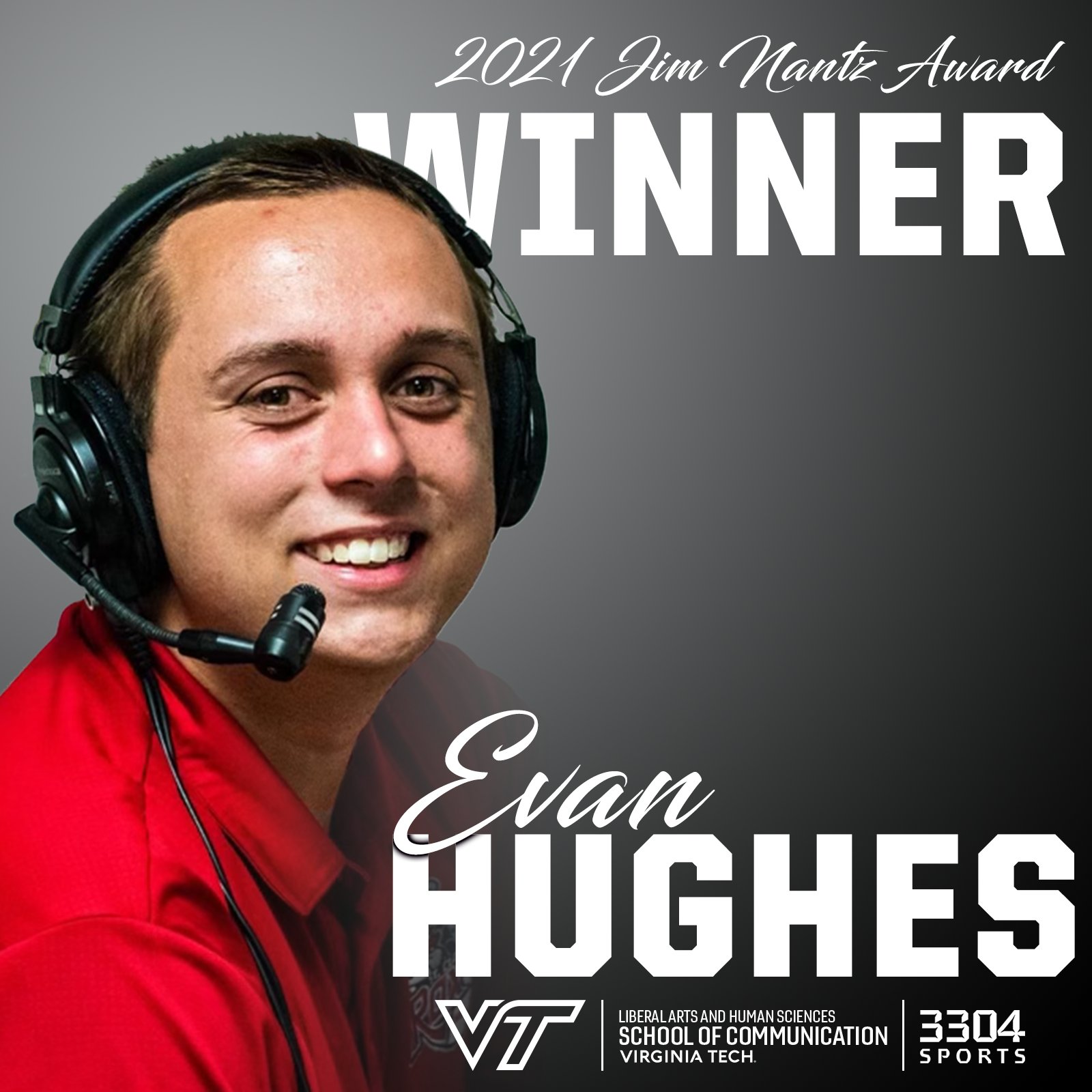 One year after finishing second in the Jim Nantz Award voting, Tech Sideline podcast host Evan Hughes has reach the pinnacle and brought home the prize: he is the winner of the 2021 Jim Nantz Award. Congratulations to Evan!

A 2021 graduate of the Sports Media and Analytics program at Virginia Tech, Evan is Virginia Tech’s first-ever winner of the award, which is governed by the Sportscasters Talent Agency of America (STAA). The Jim Nantz Award is presented every spring to the nation’s most outstanding collegiate sportscaster.

Not only is Evan a tremendously talented broadcaster, but he is a great human being as well, and we’re proud to see him rewarded for all his hard work. Please join us in congratulating Evan on this tremendous accomplishment!

In addition to hosting the TSL Podcast, Evan is past Director of Radio Broadcasting for the St. Cloud Rox in the Northwoods League, where he was named the 2018 Broadcaster of the Year. Evan does select work for the ACC Network Extra, including play-by-play and sideline work for various Virginia Tech sports.

Here’s the 2021 highlight reel that won Evan the award:

And here’s the moment that Evan was announced the winner, as well as a personal message afterwards from Jim Nantz to Evan:

About the Jim Nantz Award

Founded in 2009, the All-America Program and Jim Nantz Award is presented by Sportscasters Talent Agency of America. Each year the judging panel is comprised of leading members of the sportscasting industry and former Jim Nantz Award winners. 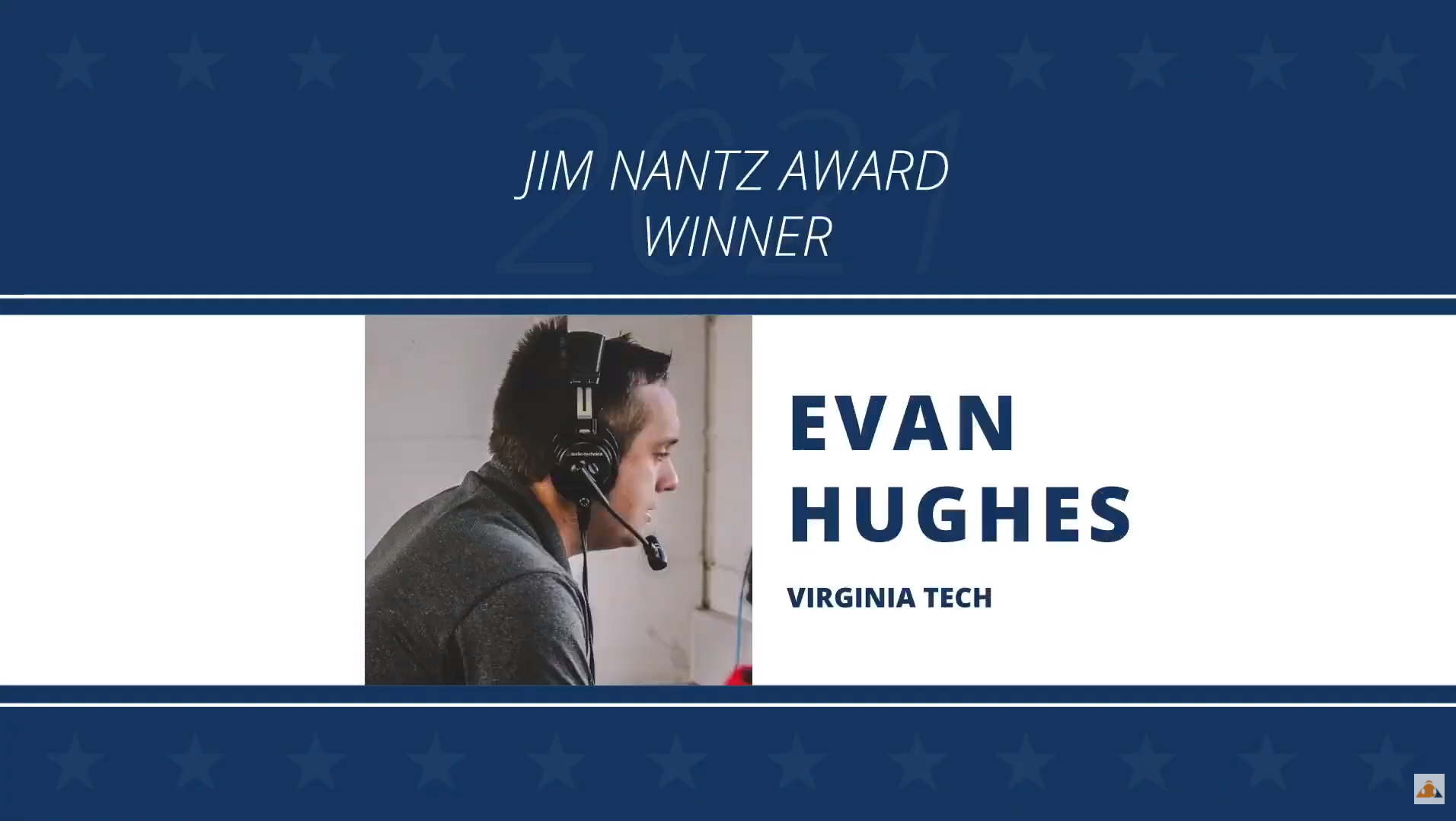