The Sunday win also was the 100th for Coach Pete D’Amour as the Hokies head coach, giving him a Hokie career mark of 100 wins versus 27 losses, a winning percentage of .787. However, he was quick to share the credit for his success with others. 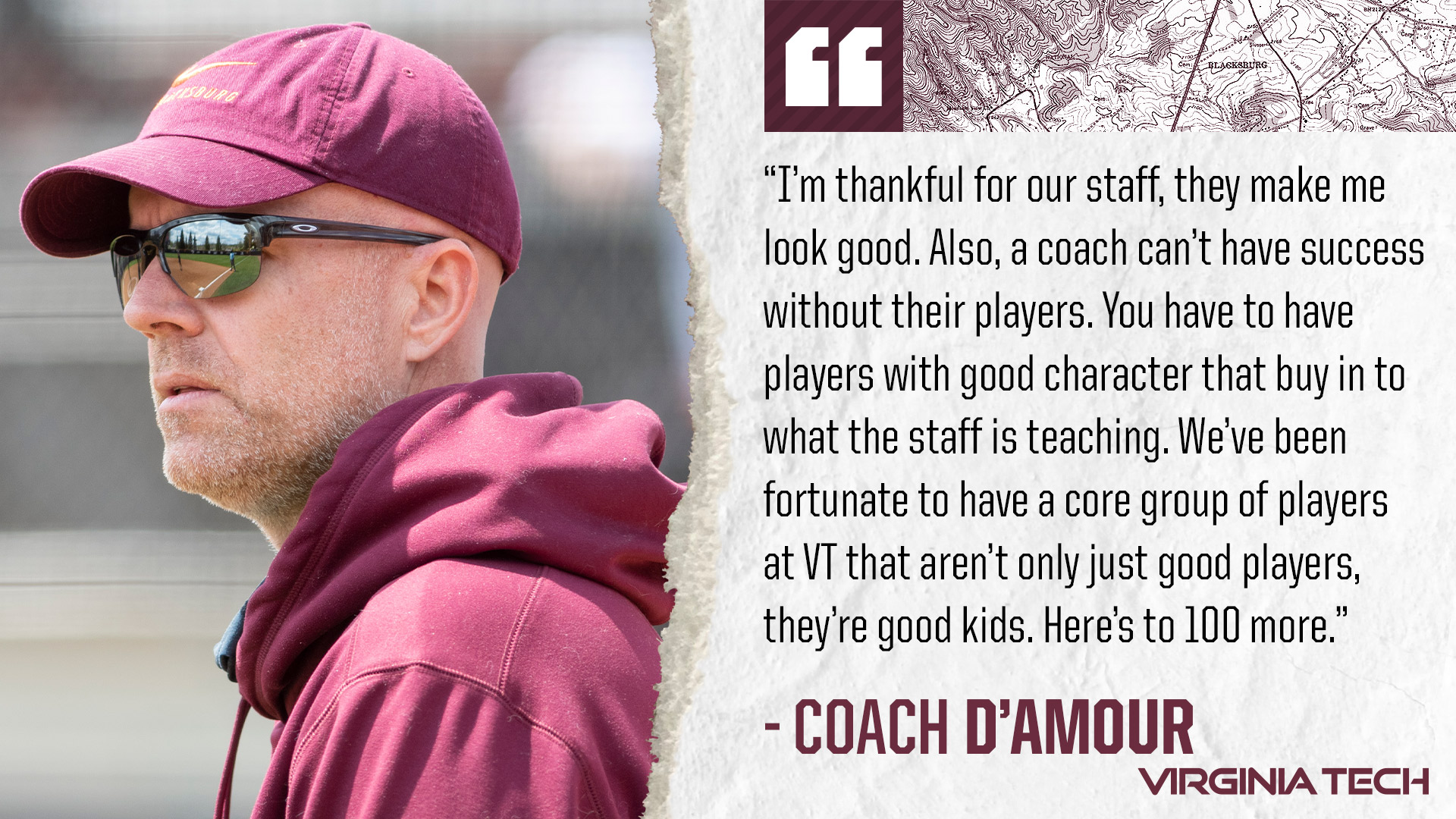 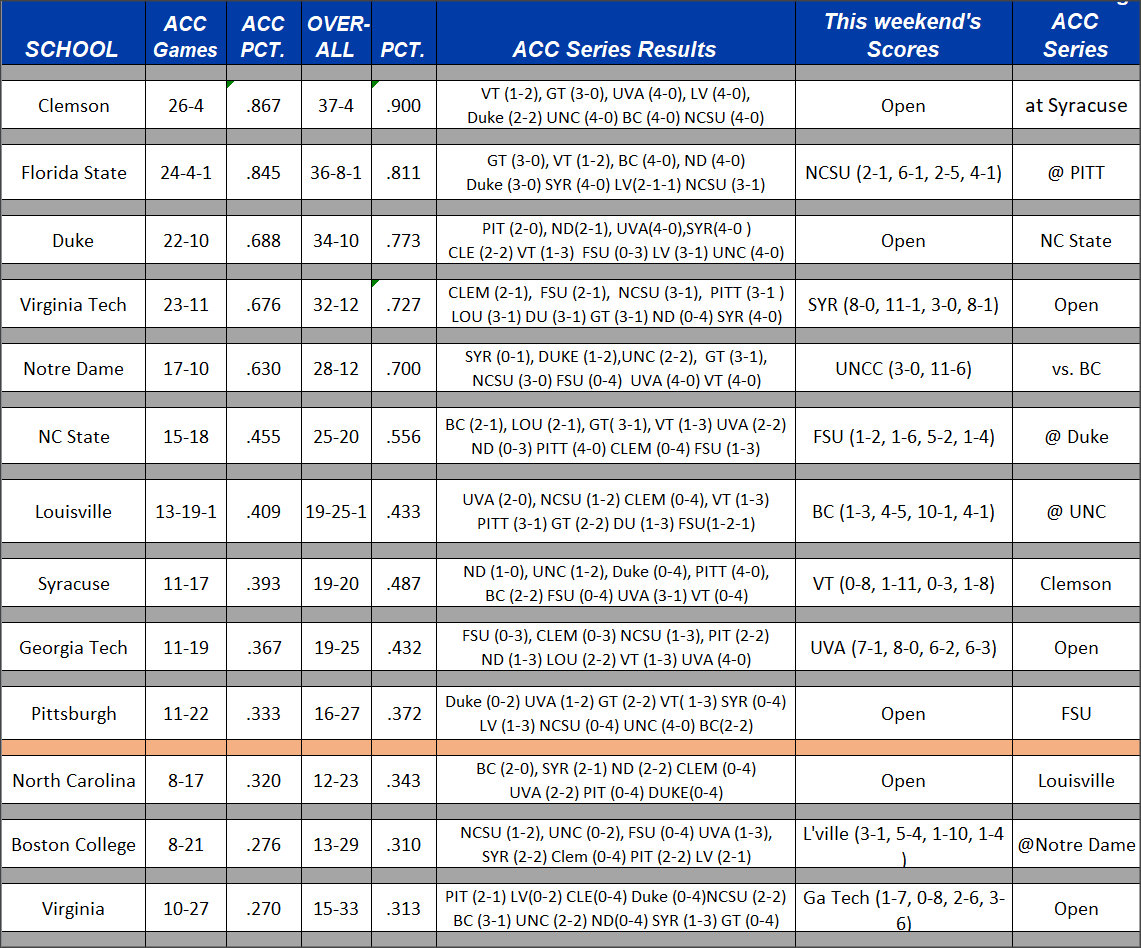 It looks like the Hokies will finish fourth, but there are a couple of “what ifs.”

Keely Rochard reemerged this weekend as one of the most dominant pitchers in Division 1 softball, recording all 4 wins and allowing the Orange just 7 hits and one run over 22 innings while striking out 37. She started the series with a Friday night no-hitter and flirted with duplicating the performance in her two Saturday outings. Freshmen Mackenzie Osborne got a solid three innings of work during this series and Ivy Rosenberry closed out the Sunday game.

“There aren’t many pitchers in college softball that can beat one team four times in one weekend,” said D’Amour about his pitching ace.

The Hokie bats reappeared in Syracuse, scoring a total of 30 runs in the four games. Kelsey Bennett batted .429 over the weekend, a mark that included a home run and a double, and she drove in a team high seven runs. Alexis Milius batted .444 (4 for 9) in the series, homered as well, and drove in five runs. Darby Trull hit her first dinger of the year on Sunday and Cameron Fagan hit her first HR since returning from injury. Cana Davis and Jayme Bailey also went yard over the weekend.

Much of that damage came against Cuse Graduate Student Alexa Romero, who had pitched very effectively in her previous six games against the Hokies, one of which was a no hitter.

“I don’t know if the average fan knows how good Romero was for Syracuse,” said D’Amour. “She’s a regional/super regional caliber pitcher, no question. We had competitive at bats against her all weekend.”

The Hokies played solid defense during the weekend, only committing two errors which were partially caused by a strong northeastern wind. “We were solid on defense, especially on the infield, said a pleased D’Amour. We’re getting to the point in the season where you take wins in any shape or form. This team took a mighty blow last week. And I’m thankful for their effort and the way they responded.”

Next up is a Tuesday rematch with the Liberty Flames, a team that beat the Hokies 5-3 in nine innings last Wednesday in Lynchburg. The Flames are 37-12 and have a Top 20 RPI, so the game will be critical for the Hokies’ NCAA seeding chances.

We've been chosen as a 𝙥𝙤𝙩𝙚𝙣𝙩𝙞𝙖𝙡 host for NCAA Regionals 🙌