The Virginia Tech men’s basketball team received its program-record fourth-straight NCAA Tournament bid Sunday night, as a 10-seed in the South Region. The Hokies (15-6, 9-4 ACC) will face 7-seed Florida (14-9, 9-7 SEC) out of the SEC.

Virginia Tech was the overall 38 seed, so they were squarely in the 10-seed area.

Here’s a look at the Hokies’ sub-regional. 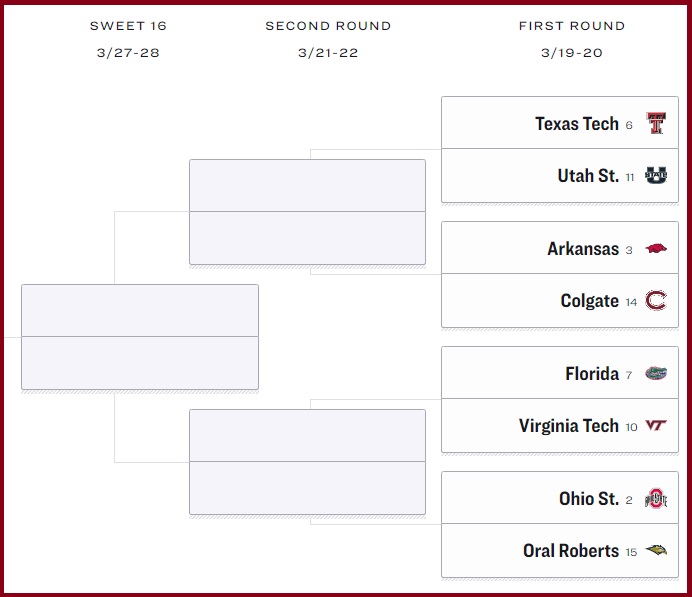 Four Florida starters average in double figures, led by 6-5 sophomore guard Tre Mann, who averages 16 points per game.  The Gators are fifth nationally in blocks per game with an average of 5.4.

The Gators went 14-9 on the season, but their seeding was helped by the fact that they have five Quadrant 1 wins.  As a comparison, no ACC team had more than four Quadrant 1 victories.

Update: The game will be played on Friday, March 19, at 12:15 at Hinkle Fieldhouse at Butler University in Indianapolis. It will be televised on CBS, with the announcing team of Jim Nantz, Bill Raftery, Grant Hill, and Tracy Wolfson.