Virginia Tech will be the No. 3 seed in next week’s 2021 ACC Tournament.  The Hokies will receive a double bye, and they’ll face No. 6 seed UNC, No. 11 seed Notre  Dame or No. 14 seed Wake Forest on Thursday, March 11 at approximately 9pm.  The game will be televised by ESPN.

With Florida State’s loss to Notre Dame and UVA’s victory over Louisville, the Hoos will be the No. 1 seed in the ACC Tournament.  The Seminoles are the No. 2 seed, while No. 4 seed Georgia Tech rounds out the list of double byes. 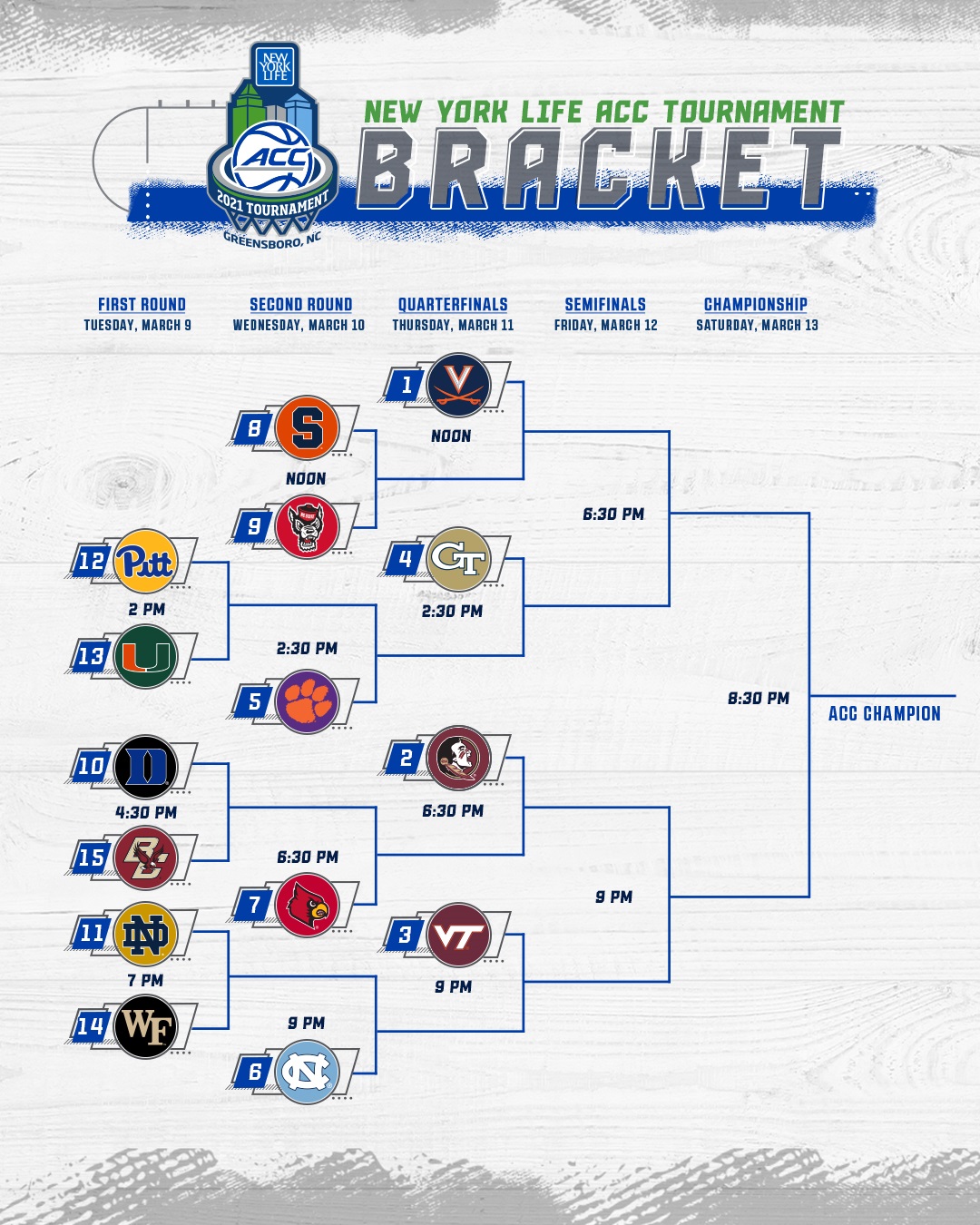