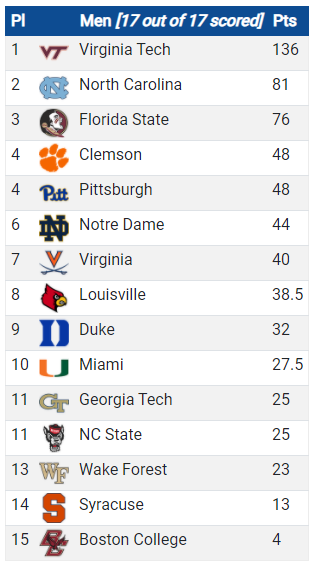 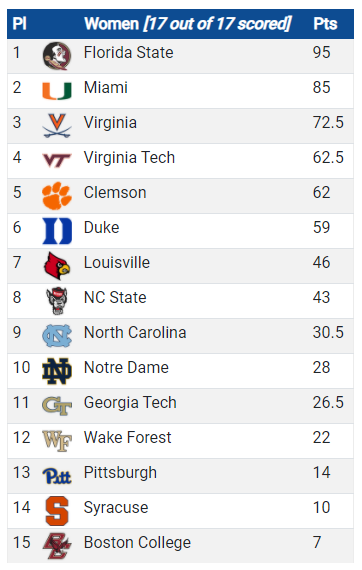 Rather than attempt to recap Virginia Tech’s individual achievements, personal bests, Virginia Tech records, and ACC records — which were all numerous — we refer you to recaps on TheACC.com and hokiesports.com. As of this writing, recaps were not yet published on either site, but they should appear soon:

Note: the original version of this story said that Virginia Tech’s women finished sixth. Scores were later updated, and due to some disqualifications, the Hokies women moved up, into fourth place.