As expected, Virginia Tech offensive tackle Christian Darrisaw has declared for the NFL draft. The 6-5, 314-pound junior posted the news on his Twitter feed. 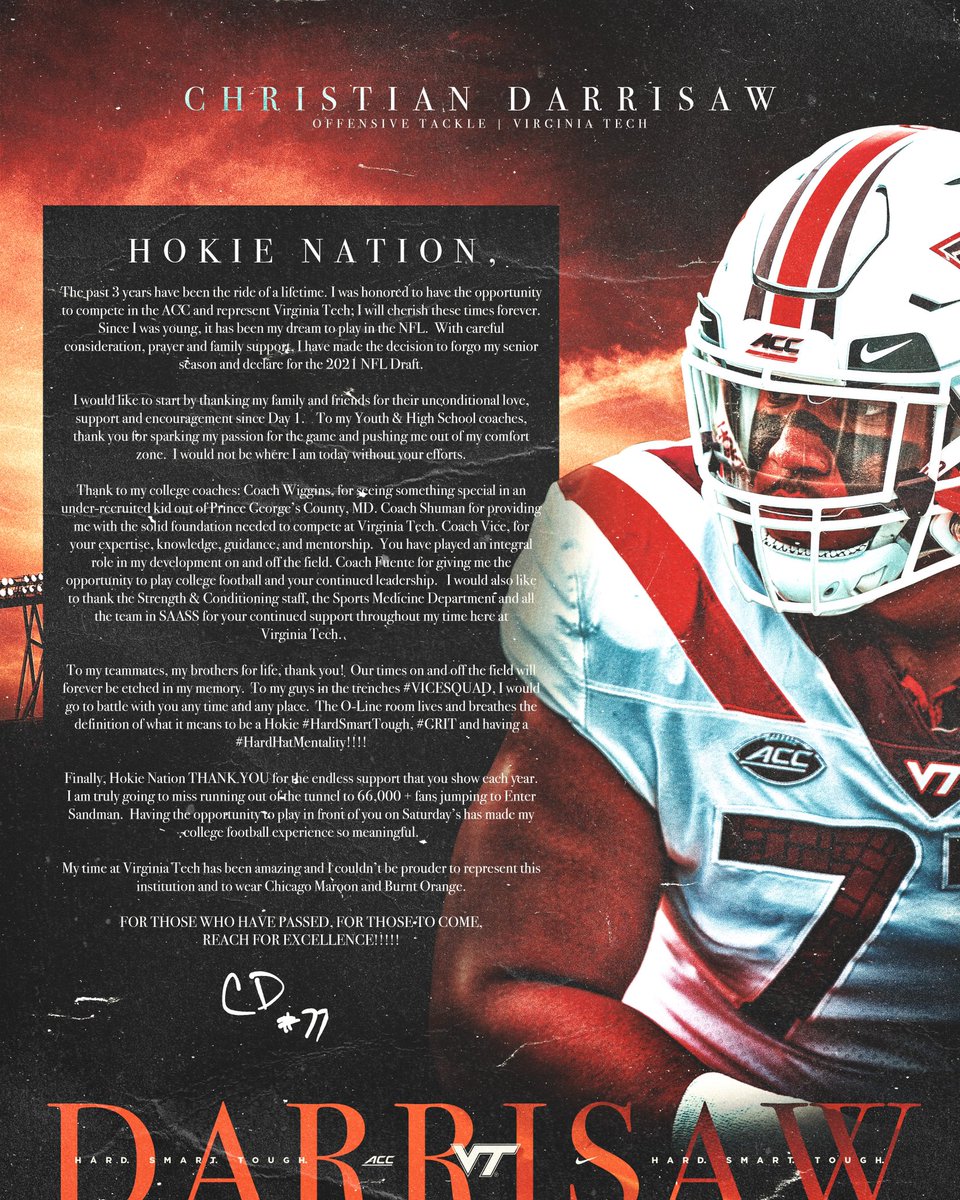 Darrisaw started all 34 games of his career over the last three seasons. He is projected as a first-round pick in the 2021 NFL Draft, with ESPN, CBS Sports, WalterFootball.com and TheDraftNetwork.com all predicting him to go anywhere from No. 15 to No. 26.

As a high school senior in the 2017 recruiting class, Darrisaw was a low 3-star recruit ranked as the No. 30 overall prospect in Maryland and the No. 171 offensive tackle prospect in the nation by the 247Sports Composite rankings.

Darrisaw committed to Virginia Tech in November of 2016, prepped at Fork Union Military Academy in the fall of 2017, and re-signed with Virginia Tech as part of the 2018 recruiting class. In January of 2018 he enrolled at Virginia Tech and quickly advanced into the starting lineup for his true freshman season in 2018.