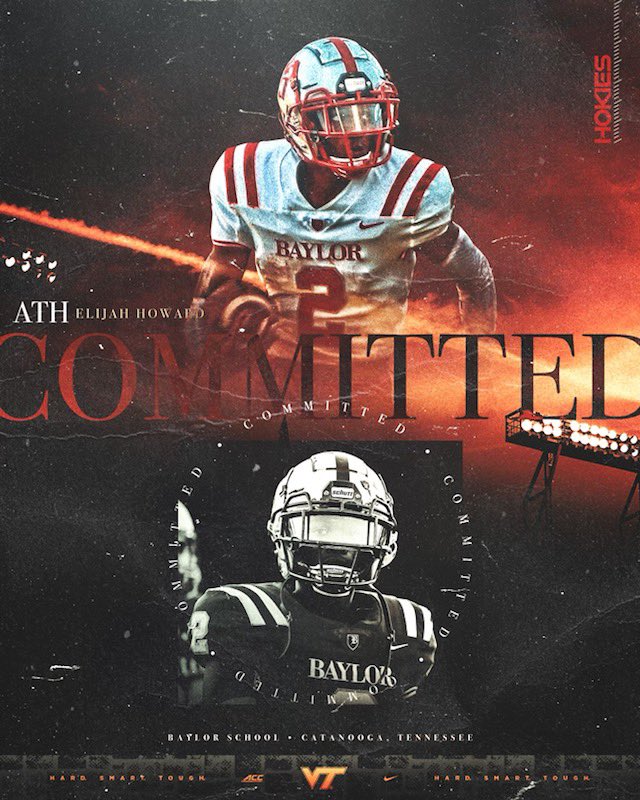 Virginia Tech picked up a commitment from Chattanooga (TN) athlete Elijah Howard on Tuesday night.  Howard had been previously committed to Tennessee.  He is being recruited as an athlete by Virginia Tech, and he could play running back or defensive back.

Howard is a 3-star recruit and the No. 9 player in Tennessee according to 247Sports.  He held offers from the Volunteers, UVA, Georgia Tech, Louisville, Mississippi State and Purdue.