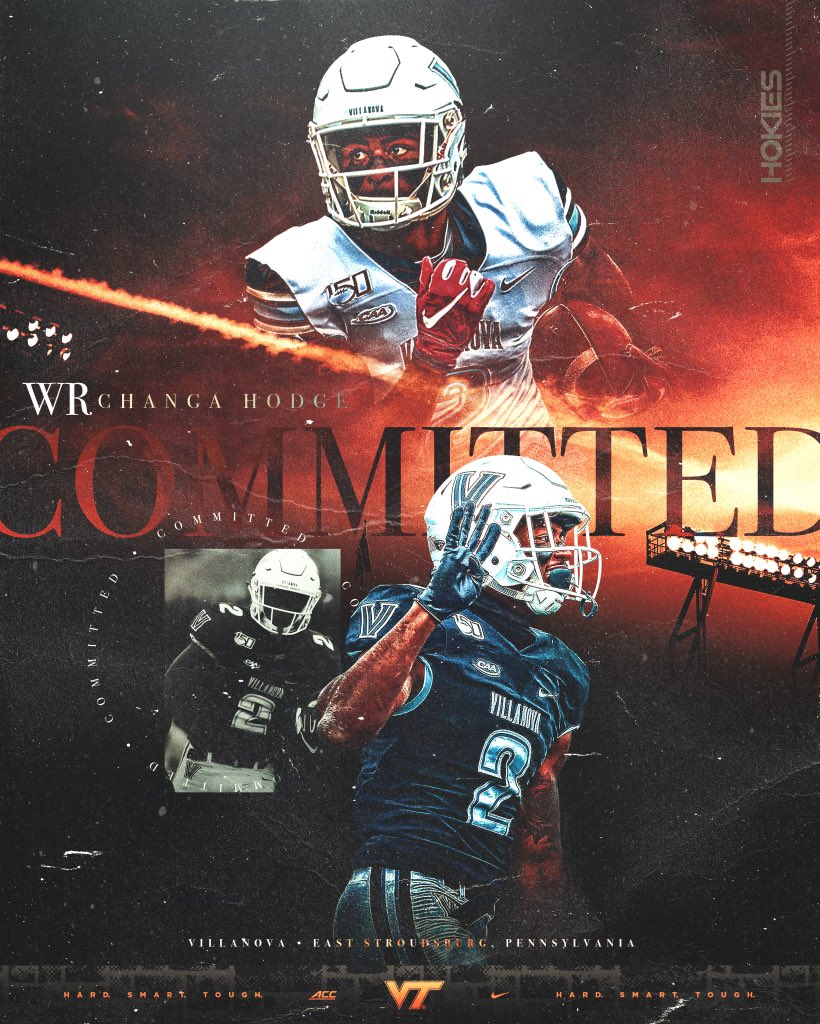 Virginia Tech picked up a commitment from Villanova graduate transfer wide receiver Changa Hodge on Friday night.  Hodge, who entered the transfer portal just four days ago, will be eligible immediately and will report to Blacksburg as soon as possible.

Hodge, at 6-1, 200, is expected to play outside receiver for the Hokies.  He had a big junior season in 2019, racking up 65 receptions for 1,118 yards and 13 touchdowns.  That includes a massive 8-catch, 236-yard, 4-touchdown performance towards the end of the season against Delaware.  He also had eight catches for 134 yards and two touchdowns against FCS power JMU, whose secondary was coached at the time by current Virginia Tech cornerbacks coach Ryan Smith.

Hodge is the second graduate transfer wide receiver to join the program in the offseason, the other being Evan Fairs from Kansas.  The addition of Hodge helps bolster Virginia Tech’s wide receiver depth, and he could conceivably compete for a starting role if he can pick up the offense quickly.