The ACC released dates for the 2020 football season this morning. Virginia Tech will open their season Sep. 12 at home against NC State. The Hokies will play ten conference games, and Liberty University will serve as the one out of conference matchup allowed by the conference’s previously-announced scheduling model.

(For a link to Virginia Tech’s original 2020 schedule, click here.)

The matchup with Liberty is the one non-conference game allowed by the ACC, which specifies that each member school may play an OOC game if it is “played in the home state of the ACC institution, and all non-conference opponents must meet the medical protocol requirements as agreed upon by the ACC.” The Hokies are 1-0 all-time against Liberty, beating the Flames 36-13 in Justin Fuente’s September 3 debut as head coach in 2016. The two teams were originally scheduled to open the season on September 5.

This is one of the better conference schedules in years, as Virginia Tech meets Atlantic Division schools Louisville, NC State, and Clemson. The Hokies will play Louisville for the first time since the Gator Bowl back in January 2006. The Cardinals entered the ACC in back in 2014, but the ACC’s scheduling model hasn’t matched the two schools up until now. Virginia Tech was previously scheduled to play Louisville on October 31.

The games against Clemson and NC State were not part of the original 2020 schedule. Virginia Tech hosts NC State for the second straight time in the series, having beaten the Wolfpack in Lane Stadium 28-13 in 2015, Frank Beamer’s last season as head coach. Tech hosts Clemson for the second time in a row as well, having lost at home to the No. 2 Tigers 31-17 back in 2017.

Here’s a look at the full ACC schedule. 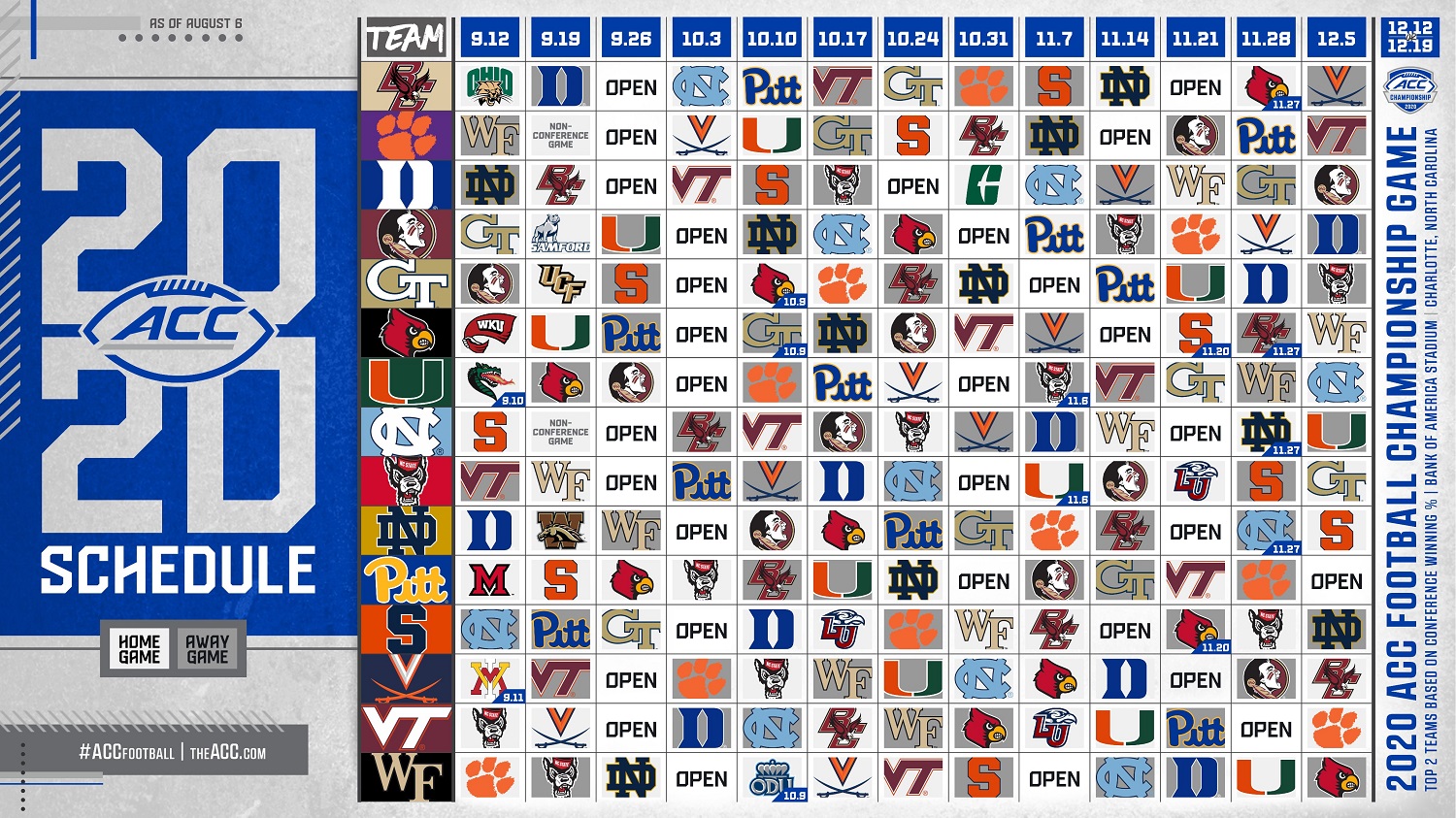 We’ll have more to come on the Virginia Tech football schedule in the coming days.