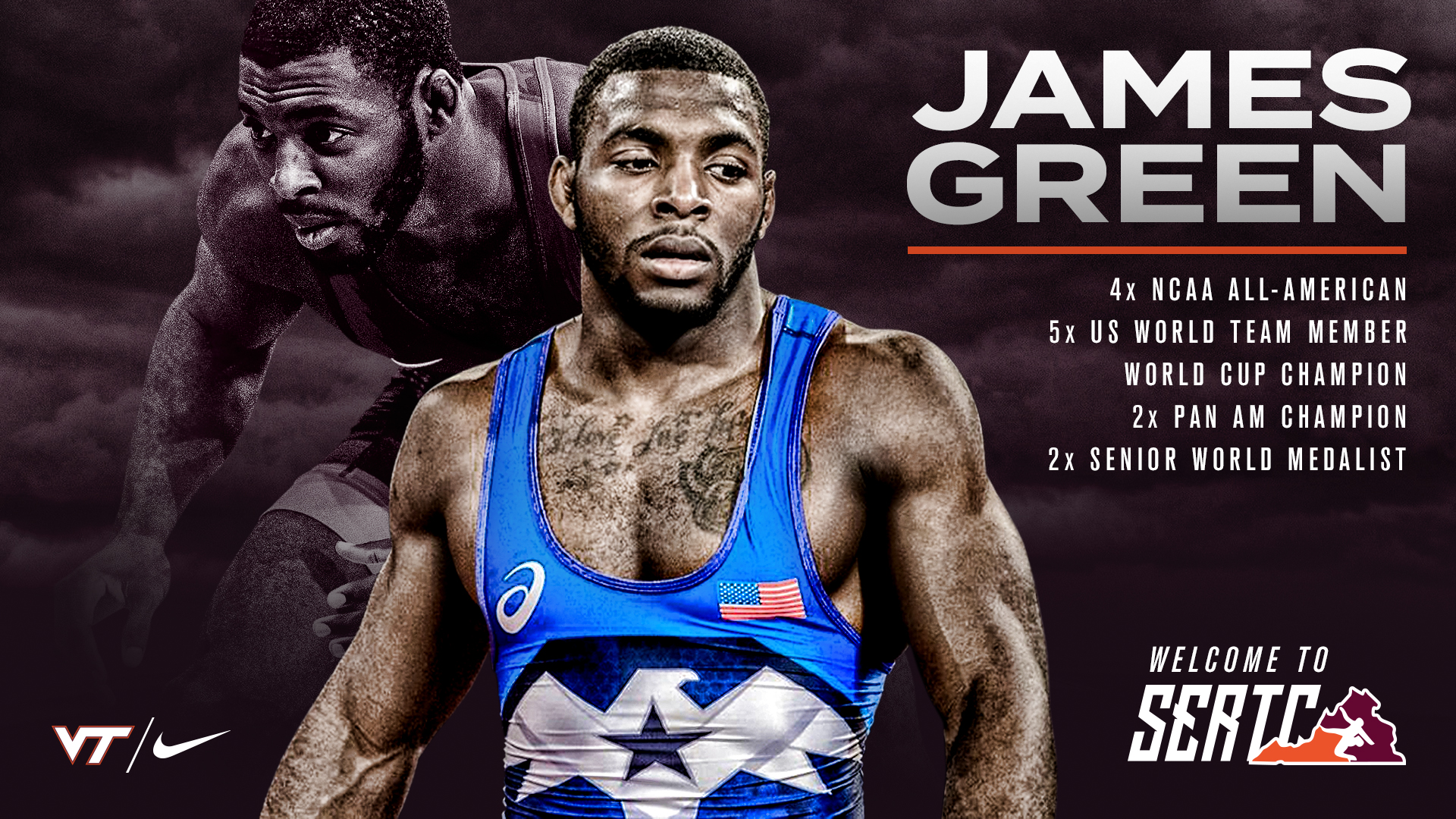 “He’s a guy who certainly has the ability to be the best in the world at his weight class,” said Virginia Tech Wrestling Head Coach Tony Robie. “Anytime you can bring somebody like that into your program who knows what it takes to perform to that level, it’s obviously a very positive thing.”

Green was a four-time All-America with Nebraska during his collegiate career and has since been one of the elite wrestlers at the international level. Over the last four years, he has been a member of the USA Wrestling team, wrestling at 70 kg. He finished 3rd in his weight class at the 2015 World Championships before bringing home silver in 2017.

Green joins a great group of athletes currently training at the SERTC in Blacksburg including Ethan Aguigui, Cody Brewer, Ryan Blees, Jared Haught and Ty Walz. Adding Green to this group of wrestlers gives current Hokie wrestlers a great opportunity to train and learn about the international stage.

“His main responsibility will just be training and making sure that he’s getting himself ready to compete, but through that process, he’s going to help a lot of our guys,” Robie said. “He’ll have them as training partners and often times, the guys who make the world team are given the ability to bring a training partner with them which is usually one of the college athletes that they work with.”

Coming into the program, Robie expects Green to work closely with wrestlers at the 149-, 157- and 165-pound classes. This will include young wrestlers like Bryce Andonian, Connor Brady and Mekhi Lewis.

After taking his Olympic redshirt last season, Lewis is back in the fold for the Hokies. With his ultimate aspirations being on the international level, the 2018 national champion at 165 pounds will work closely with Green.

“First, [Lewis and Green] will be great training partners and secondly, James can help Mekhi with some things, not only inside the wrestling room, but outside the wrestling room in terms of maturity and how he approaches his craft of wrestling,” Robie said. “James will be a mentor to him as much as anything because he’s been through it and he’s had success at that level.”

Not only will Green’s addition help the wrestlers already in Blacksburg, but his collegiate and international resume will attract more talent to the growing program.

“Elite-level high school athletes not only want to go places where they can win NCAA titles, but also where they can win world and Olympic championships,” Robie said. “Having somebody like James Green in Blacksburg is definitely helpful in terms of drawing kids to Virginia Tech.”

Green and his family will be moving to Southwest Virginia to begin his new chapter with the SERTC. He will continue to train for international competition, but Blacksburg is now home for the former Cornhusker.

“James will be traveling similarly to what Ty Walz does,” Robie said. “He’ll go overseas and occasionally he’ll go to a training camp at another university, but this is home base for him now 100%.”

With Green coming on board, the already talented group in Blacksburg gets stronger. The Hokies are looking to take their program to the next level and adding a four-time All-American to the wrestling room is a huge move for the future of Hokies’ wrestling.