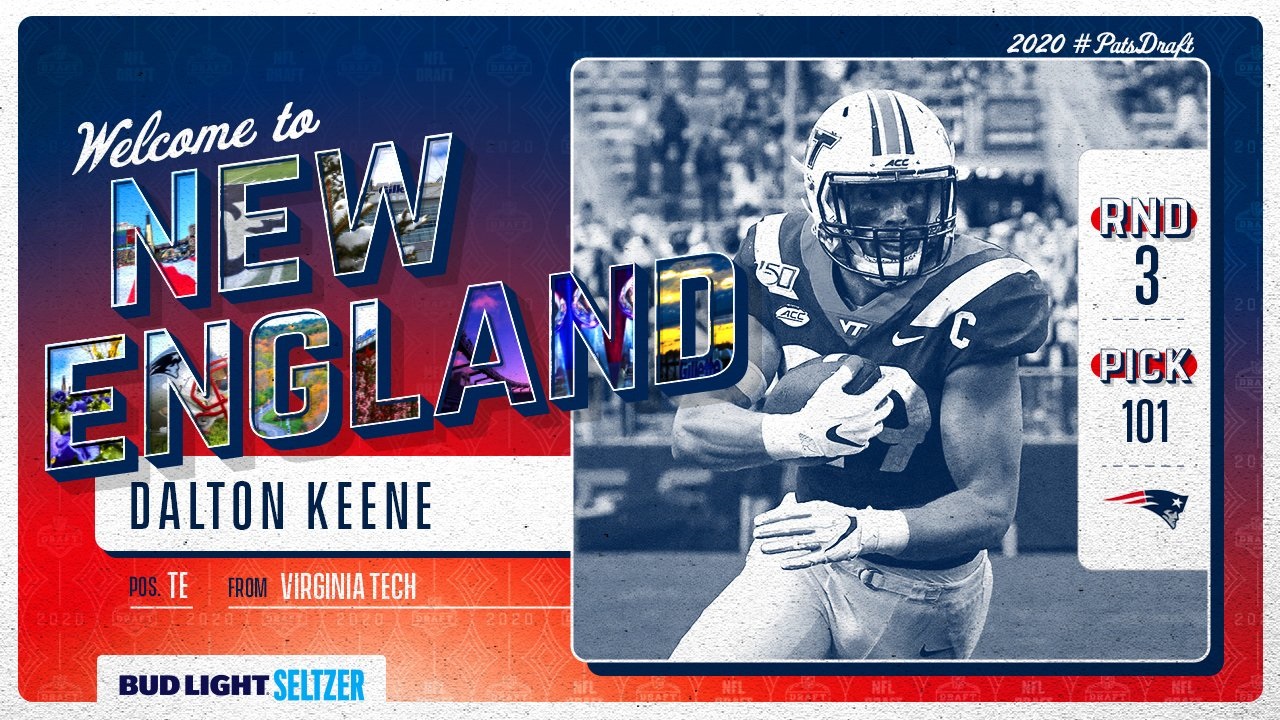 Virginia Tech tight end Dalton Keene was selected by the New England Patriots in the third round of the NFL Draft on Friday night.  He was the 101st overall pick after declaring for the draft following his junior season.

Keene started 38 of the 39 games in which he appeared during his three-year career with the Hokies.  He caught 59 passes for 748 yards and eight touchdowns.  He was also known as being a good blocker at the college level.