Per NCAA rules, once classes start, athletes can enter the portal and still retain their scholarships for the spring semester. All players are eligible to stay at Virginia Tech, as one-time portal entrants Hendon Hooker, Deshawn McClease, Landers Nolley (basketball) and Wabissa Bede (basketball) have done in the past.

These five players join wide receiver Damon Hazelton in the portal. Hazelton previously announced his entry into the portal back on January 17, prior to the start of Spring semester classes.

Ladler, a redshirt senior for 2020, started two games in 2017 (12 tackles) and 11 games in 2018 (66 tackles). He played in all 13 games in 2019 but didn’t log any starts, though he did play a critical role in the six-overtime win against North Carolina, stopping UNC quarterback Saw Howell short of the end zone in the sixth overtime, setting up Quincy Patterson’s game-winning run. Ladler logged just 18 tackles in 2019 in reduced playing time.

Patterson, also a redshirt senior for 2020, doesn’t have any career starts at Virginia Tech, and he has 27 catches for 269 yards and two touchdowns. After catching nine passes in 2017 and 12 in 2018 (one TD), his production fell off to six catches and one touchdown in 2019.

Steward, a redshirt sophomore for 2020, has played in five career games, logging 19 carries for 85 yards. Pinckney redshirted in 2019 and didn’t play in any games.

Of the five players, three (Grimsley, Pinckney, and Ladler) tweeted their intentions to enter the portal, while two others (Ladler and Patterson) were reported by Andy Bitter of The Athletic and others. Here are screen caps of the three player tweets, as well as Bitter’s tweet. 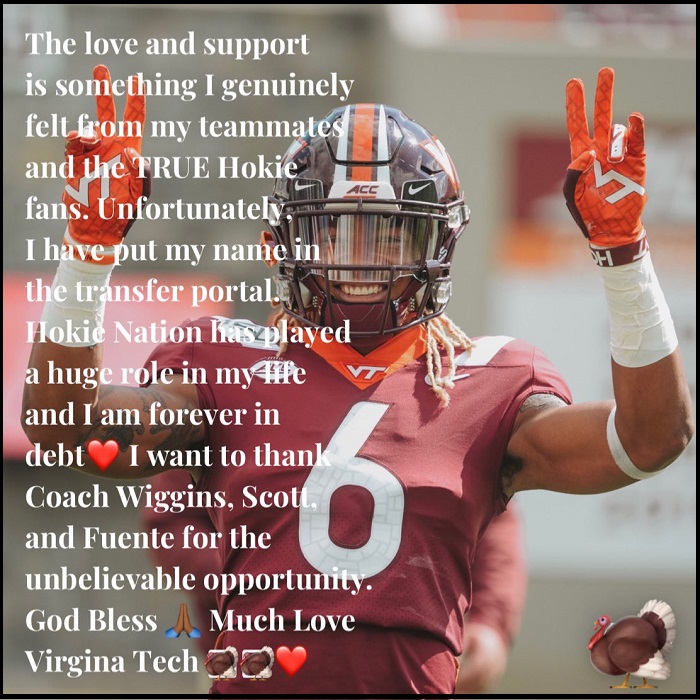 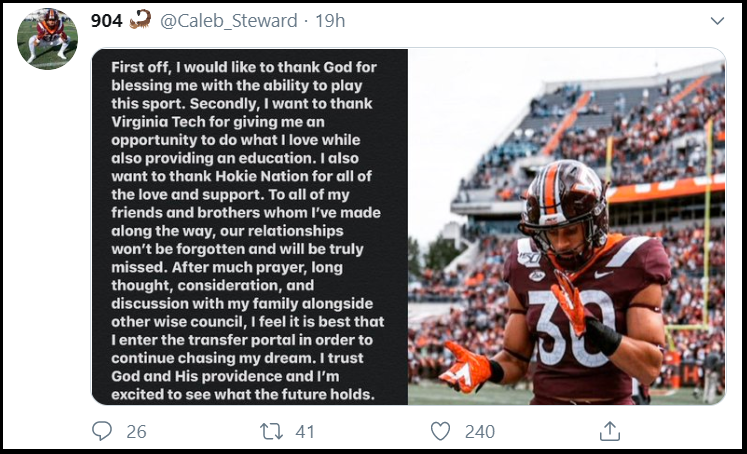 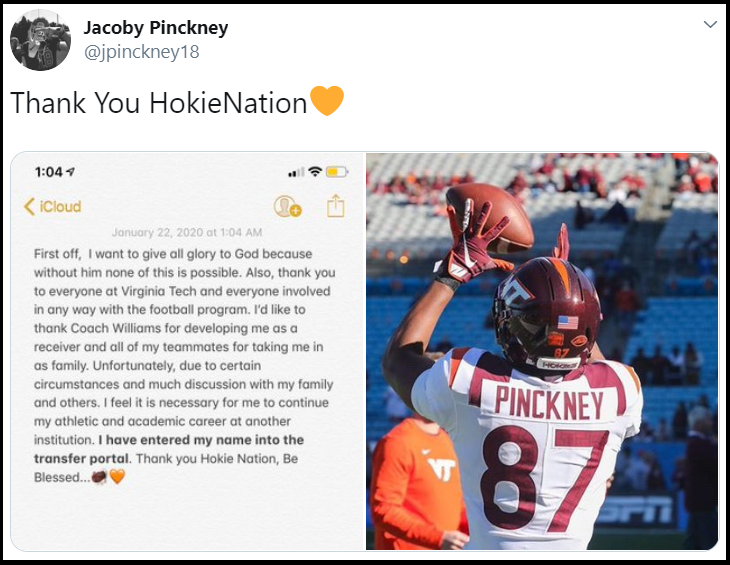 Ladler was a backup whip to Chamarri Conner. Playing time might have been an issue there. Patterson had 289 receiving yards in four years. #Hokies

For a deep dive into the number of scholarship players remaining on the roster, see this TSL Pass article by Chris Coleman.