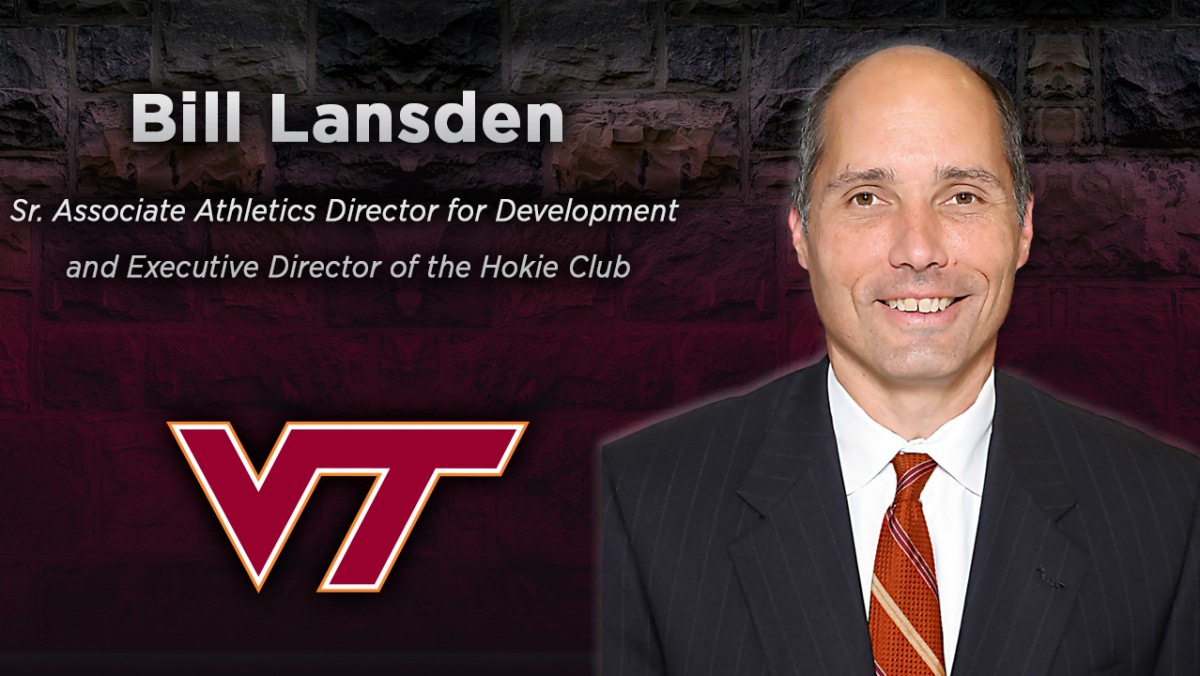 Hokie Club Executive Director Bill Lansden will be moving to an administrative role within the athletic department, per twin announcements from him and Athletics Director Whit Babcock on Monday morning.

Lansden has a long-term goal of becoming an athletic director one day, and this move will better position him to him reach his goal. 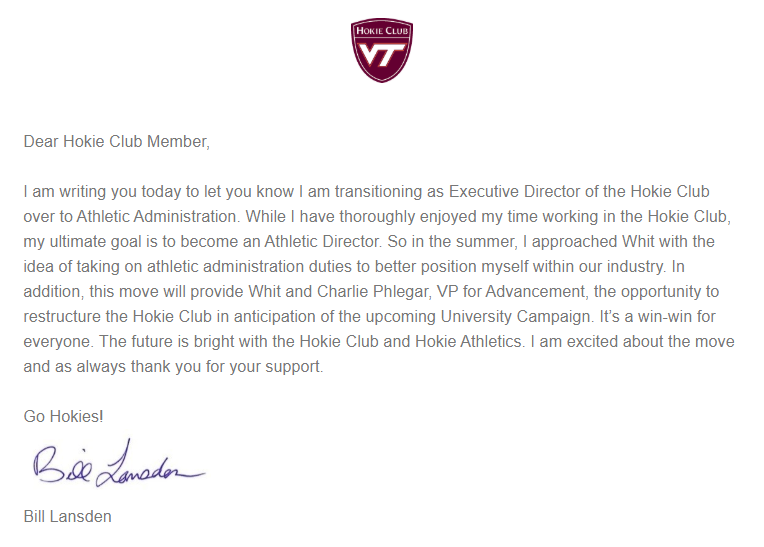 Meanwhile, Whit Babcock notes that Virginia Tech is moving forward with a Capital Campaign, and the goal is to raise $350 million over eight years.  The athletic department is in the middle of a peer review to see how the Hokie Club matches up with other such organizations around the country.  Per Babcock, they will “engage in a process to evaluate and review our entire staffing structure of the Hokie Club team.”  Vice President of Advancement Charles Phlegar is helping with the process.

Babcock noted that Lansden will also continue to work with the Drive For 25, which has increased Hokie Club membership from around 9,000 to 17,500 since the plan was rolled out late in 2016.  Long-time Hokie Club employee David Everett will be promoted within the Hokie Club, and he will continue to focus on major gifts while “leading all facets of our upcoming eight-year Capital Campaign.”