Virginia Tech’s road doesn’t get any easier this week as they travel to the state of Florida to take on a very talented Miami Hurricanes football team.  The ‘Canes are 2-2 on the season, with a limited offense thanks in part to the presence of some freshmen, but a dominant defense that will be among the best the Hokies face this season.

Coming off a 45-10 beating at the hands of Duke at home, there isn’t much confidence among the Virginia Tech fanbase right now.  Another thrashing, this time at the hands of a team that the Hokies shared a once-great rivalry with, is not ideal, but it appears that most Tech fans believe that is exactly what is going to happen.

Virginia Tech and Miami have played some entertaining football games throughout the years, though there have been some blowouts as well.  Recently, the blowouts have increased while the entertaining games have decreased.  Here are the last five meetings…

Five years, and not a single game decided by single digits.  In fact, the last time a VT-Miami game was decided by single digits was 2011, when the Hokies won a thriller 38-35 in Lane Stadium.  In recent years, the most physically dominant team has won each matchup with relative ease.  That doesn’t bode well for the Hokies, as the Hurricanes most certainly have a physical advantage heading into this game.

The Miami Offense: Young and Struggling

The Miami offense features a number of young players, and as most such offenses do, they’ve struggled so far this season.  Here are their numbers against FBS competition, out of 130 teams…

When Miami has been able to protect the quarterback, they’ve been a solid passing team thus far.  However, they haven’t been able to protect the quarterback very often.  Overall they’ve been a very poor offense, and appear to be getting worse.  They scored 20 on Florida, 25 on UNC, and then only 17 against Central Michigan, with a 63-point effort against overmatched FCS Bethune-Cookman thrown in for good measure.

In their most recent game, the 17-12 win over Central Michigan, the Hurricanes had just 301 yards of total offense and averaged only 1.5 yards per carry.  They were also sacked four times, and have allowed 18 sacks on the season, including 10 to Florida.  Miami quarterbacks have been pressured on 41.7% of their drop backs, which ranks No. 122 in college football.  There is talent at the skill positions, but there are freshmen at critical positions as well, and the result is that this is one of the worst offenses that Virginia Tech will face all season.

Miami’s issues start up front, where they start two true freshmen on the offensive line. Jakai Clark (6-2, 310, Fr.) is the starter at right guard, and he’s done a pretty decent job for a true freshman.  However, left tackle Zion Nelson (6-5, 285, Fr.) is having a very rough season, particularly in the season opener against Florida.  He was a 3-star recruit who is being asked to play before he’s ready, and he’s likely going to struggle all season against ACC-level competition.

The quarterback those freshmen are blocking for is also a freshman.  Jarren Williams (6-2, 210, r-Fr.) beat out Ohio State transfer Tate Martell in the preseason.  At times he’s looked very good, despite the ineffectiveness of the Hurricane offensive line.  He’s completed 72.65% of his passes for seven touchdowns and no interceptions.  He’d rather run it than pass it, though it would be a bad idea for the Hokies to give him open rushing lanes.

Getting Williams and Miami behind the chains will be very important.  Though the traditional running game did struggle against Central Michigan, it was better in games against UNC and Florida.  Running back DeeJay Dallas (5-10, 215, Jr.) is a converted safety who has developed into a very good runner.  He has 343 yards rushing through four games, and he’s averaging 6.7 yards per carry.  If Dallas gets going and the Hurricanes can stay in manageable down-and-distance situations, that will lessen the burden on Williams and those freshmen on the offensive line.

The Miami offense would be much better were it not for the offensive line, as the Hurricanes do have plenty of talent and speed at the skill positions.  Buffalo graduate transfer KJ Osborn (6-0, 205, r-Sr.) is so highly thought of by Manny Diaz that he represented the Hurricanes at the ACC Football Kickoff in Charlotte over the summer.  He has 16 receptions for 181 yards and three touchdowns.  Tight end Brevin Jordan (6-3, 245, So.) also has 16 catches, while Jeff Thomas (5-10, 180, Jr.) runs a legit 4.3 in the 40.

Because of Miami’s limitations up front, the Tech defense should be able to perform pretty well.  However, the Hokies lack a 100% natural pass rusher to oppose Miami left tackle Zion Nelson.  I’m hesitant to believe the Hokies can get pressure without blitzing, which should make things a little easier up front for the Hurricanes this week.

The Miami Defense: Talented and Experienced

Look no further than the career starts for Miami’s three senior linebackers for proof that the Hurricanes have plenty of experience on defense. 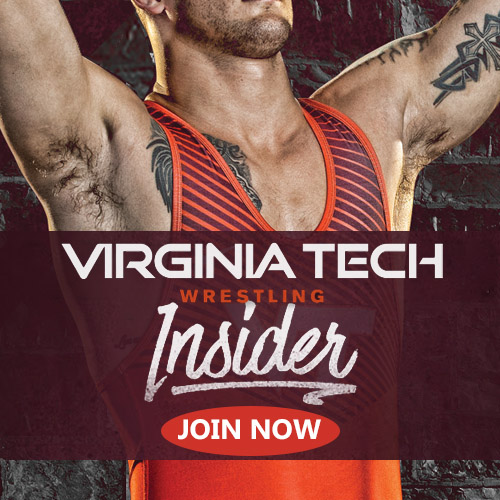 The Hurricanes are almost as experienced at other spots on defense.  True sophomore safety Gurvan Hall, Jr. (6-0, 195) and true sophomore cornerback DJ Ivey (6-1, 195) are the youngest starters in this group.  Everyone else is a junior or older.  They even have senior backups, such as McCloud, as well as Virginia Tech graduate transfer Trevon Hill at defensive end.

Here are Miami’s numbers against FBS competition this year…

This is a defense that is pretty much above average in everything, and downright dominant against the run.  The Hurricanes are allowing an average of 59.3 yards per game on the ground against FBS teams, and just 1.96 yards per carry, which is tied for third nationally.  The Hokies have struggled to run the football against every team they have faced, and Miami will be by far their biggest challenge to date.

Duke’s defense is very experienced, but not as talented as Miami’s.  Last week the Hokies put up the following numbers, at home, against that Blue Devil defense…

Even wearing a pair of maroon and orange blinders, it’s difficult to picture this Virginia Tech offense doing much against this Miami defense on the road.

Over halfway through the third quarter last year, the Hokies trailed Miami 24-14.  They were still very much in the game.  Until, that is, Miami speedster Jeff Thomas broke it open with 51 yard punt return for a touchdown.  That made it 31-14, and it ended 38-14.

The Hokies must be wary of Thomas yet again this season.  Thus far in 2019, he’s averaging just 3.8 yards per punt return, but he’s capable of breaking one at any moment.  He also serves as the Hurricanes’ kick returner, and he’s equally as dangerous there.  This is a game where the Hokies can’t afford to make any mistakes, and that includes allowing big plays on special teams.

Miami’s offense is in such a place that a typical Virginia Tech team would stand a pretty decent chance of going down there and getting the win.  I expect more mistakes from the Hurricanes on the offensive side of the ball than we saw from Duke last week.  Not necessarily from a turnover standpoint, but just sloppy play in general.  If the Hokies stay mentally engaged for four quarters of football, I think they can play a good game on Saturday afternoon.

However, good game from the defense regardless, I just don’t see how the Virginia Tech offense is going to score enough to win.  They seem to have gotten worse over the last two weeks, and with two banged  up quarterbacks, I don’t see them getting better this week against a very talented and experienced Hurricane defense.

What I want to see this week is a Virginia Tech team that stays mentally engaged for four quarters of football.  That clearly didn’t happen this past week.  If something good happens early in the game, such as a Miami turnover and a Hokie touchdown, that would help keep Tech engaged, of course.  But when they face adversity, which they surely will on the road against a better team, I want to see them keep their heads in the game.

Really, that’s all I’m looking for.  I’d love to win, don’t get me wrong.  But I’m not expecting it…not at all.  I just want to see the team keep their heads in it and get better.

Will Stewart’s Take: I’m not sure when the last time was that I had this little hope for a victory. Usually, you can see a path to a win, but with the Virginia Tech offense sputtering so badly and trying to pick a starter from two injured QBs to play behind such a young offensive line … it’s just hard to see how the Hokies will manufacture much scoring.  There isn’t a magic wand the coaching staff can wave here.

This is not a good setup. Like Chris, I just want to see some grit. By the way, keep an eye on the Trevon Hill show. He’s a second-string DE, wearing No. 94.