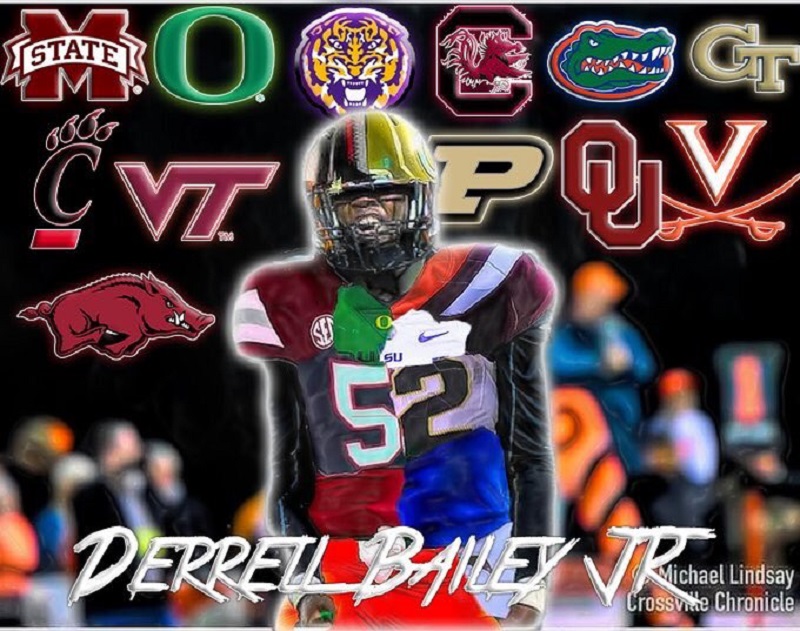 Bailey is listed with a number of high-profile offers, including LSU, Florida, Oklahoma, and others.  However, he is a 3-star recruit by 247Sports, and only the No. 34 player in Tennessee according to their composite rankings.

Listed at either 6-5 or 6-6, and 255 pounds, it’s unclear whether he’s being recruited to play defensive end or defensive tackle for the Hokies.  With his frame, he could end up as perhaps the biggest defensive end the Hokies have had in the Bowl Era, or he could potentially slide inside to defensive tackle, where he would be much taller than the average Tech defensive tackle.  Bailey also plays offensive line in high school, and has the frame to play there at the college level.

Bailey visited Virginia Tech for the Blacksburg Bash BBQ over the weekend.  He is the second commitment to come out of that event, joining cornerback Dorian James.  The Hokies also appear to be strongly positioned for defensive end Stephen Sings of Charlotte, NC.