Virginia Tech graduate transfer Kerry Blackshear has elected to spend his final season of eligibility at the University of Florida.  Blackshear announced his decision on Instagram on Wednesday night. 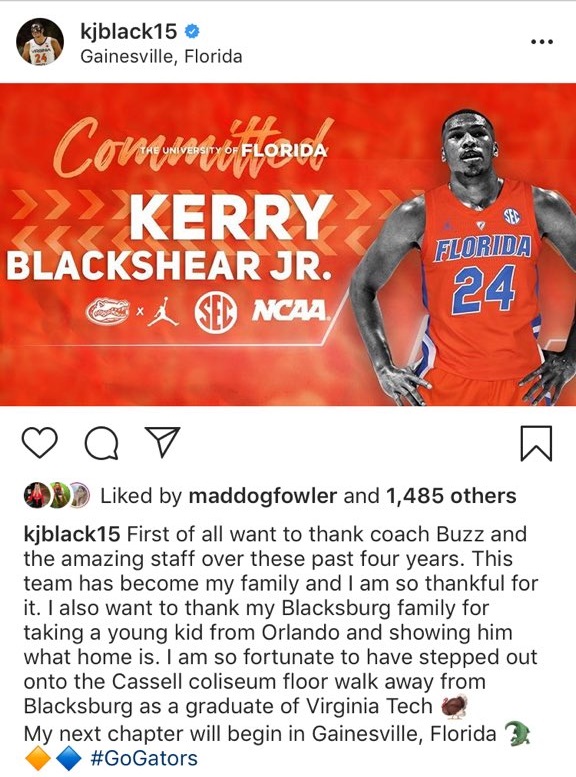 Blackshear originally entered the NBA Draft and the transfer portal at the same time, but withdrew from the draft after it became clear that he would not be selected.  A number of schools made a run for his services.  Besides the Hokies and Florida, he also considered programs such as Kentucky and Tennessee, though reports varied (and were generally inaccurate) as to where he was leaning at any given time.

Blackshear began work on his graduate degree this past season at Virginia Tech while averaging 14.9 points and 7.5 rebounds per game, helping the Hokies to their first ever Sweet 16 in the process.  He is originally from Orlando, which means his transfer to Florida will put him close to his parents while he competes for a team that is expected to make the NCAA Tournament.