Multiple media outlets are reporting that rising junior cornerback Bryce Watts has entered the transfer portal.  The news was first reported by Andy Bitter of The Athletic.

(Update: Watts later tweeted out his decision to enter the portal.) 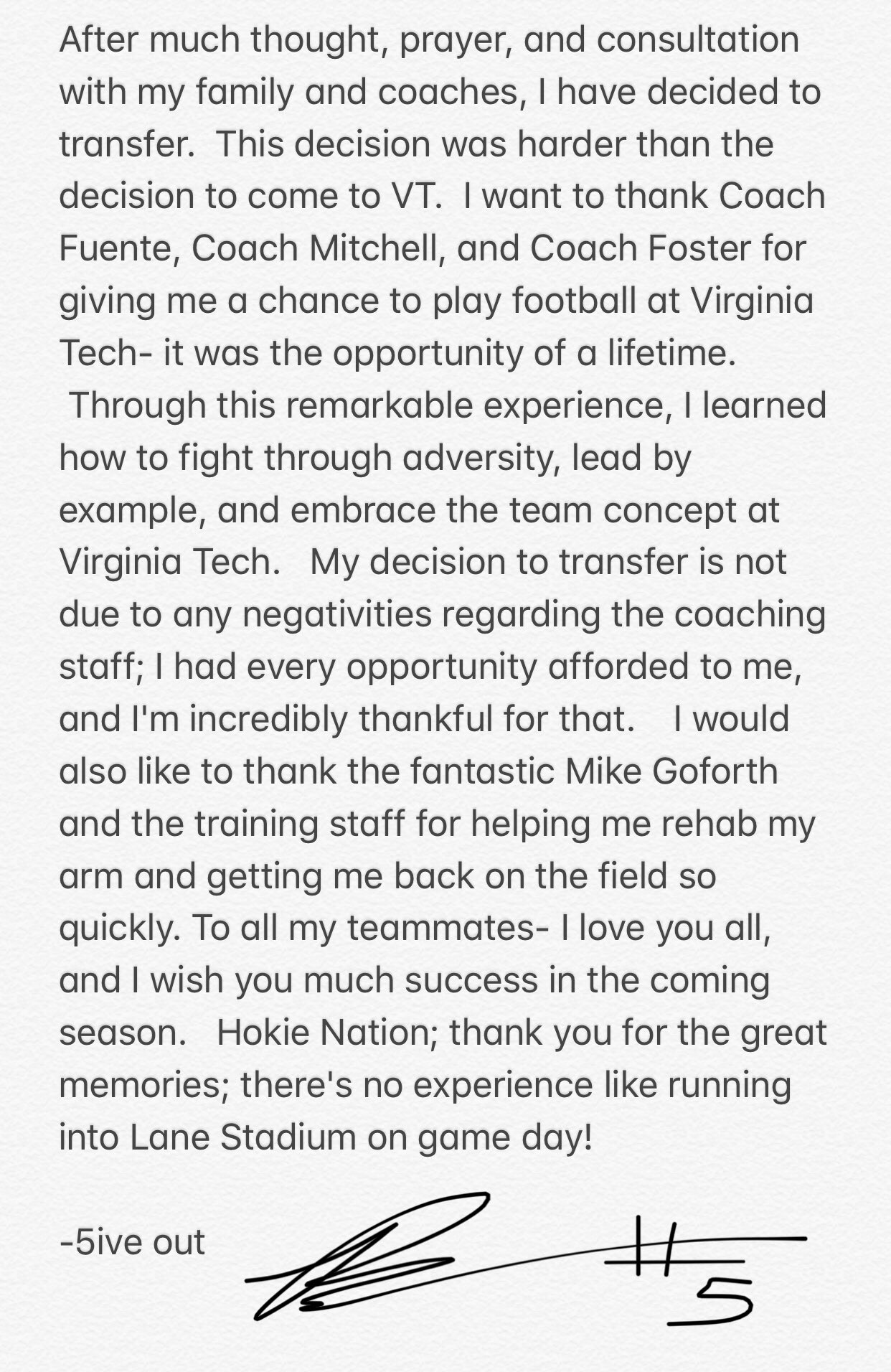 Watts started 12 games for Virginia Tech last season, making 24 tackles.  He also had one interception late in the season against Marshall.

Watts announced on Twitter back in March that his girlfriend is expecting a child, and it is thought that this is the reason for his transfer.  He is a New Jersey native who was originally committed to Rutgers out of high school.