New Virginia Tech men’s basketball coach Mike Young picked up his first recruiting win on Wednesday when rising redshirt freshman wing Landers Nolley announced that he would not be transferring. 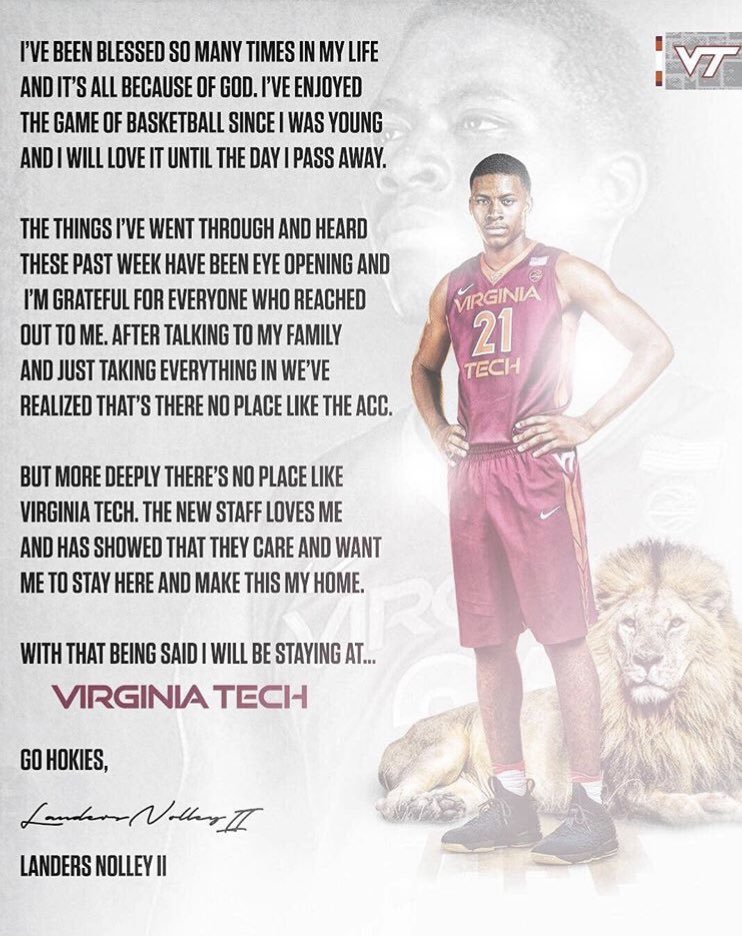 Nolley had entered his name in the transfer portal, but elected to remain at Virginia Tech after multiple conversations with Young and the new staff.  Nolley redshirted this past season due to an academic situation, though it’s expected that he’ll be able to play in 2019-20.

Nolley, a Georgia native, was a highly-touted recruit coming out of high school.  Here were his recruiting rankings…

Listed at 6-7, 230, Nolley is regarded as an excellent shooter, which fits well with Mike Young’s offensive system.