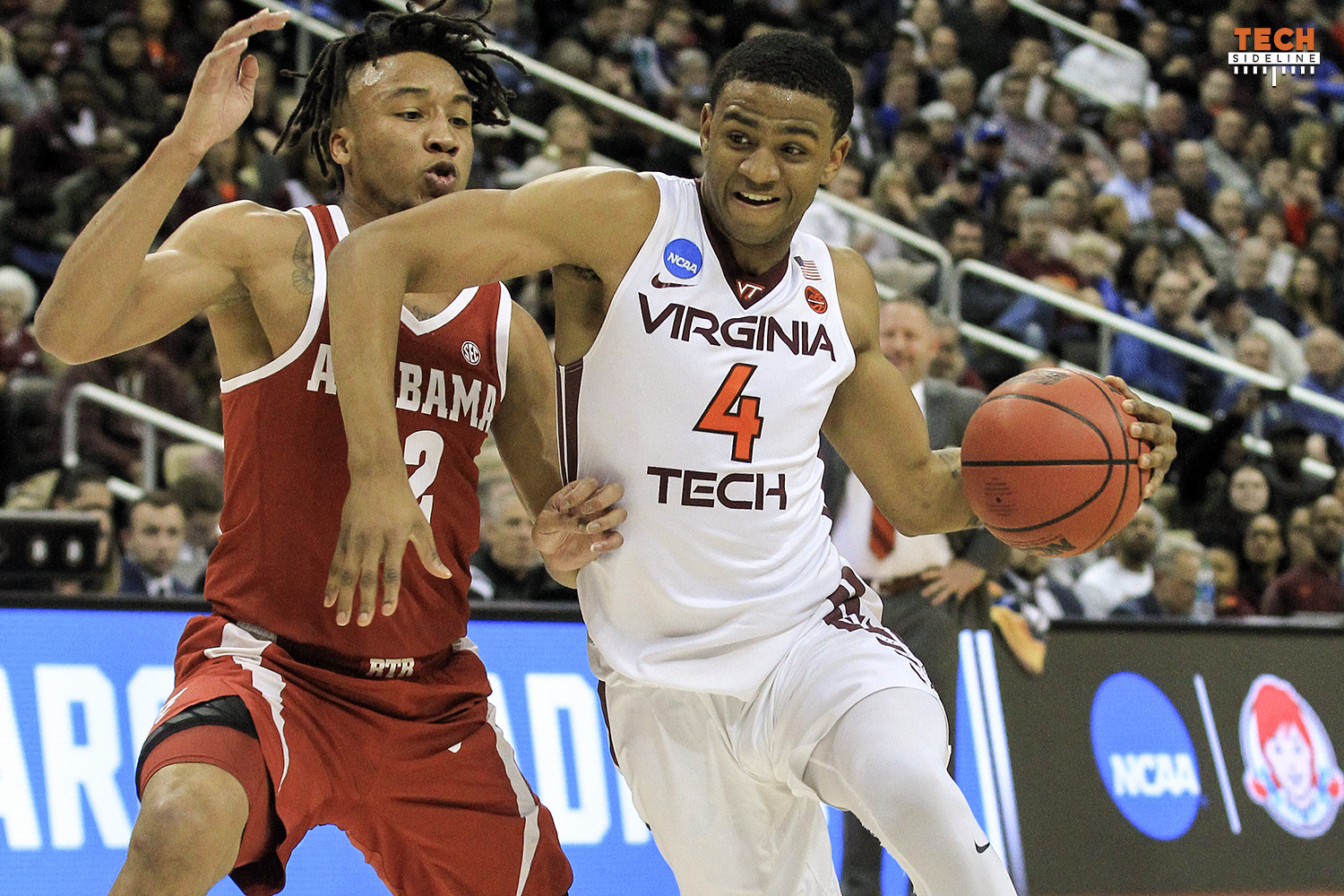 If you’re anything like me, you look forward to March. The upsets. The buzzer-beaters. The throwing of the remote at your television when your bracket is ruined on Day 1.

The best part, however, is the office pool. Most of you will undoubtedly take part over the next week in an office bracket pool. Today, I’m going to help you scientifically win your office pool — because everyone is sick of Keith from Accounting winning, determining his picks based on which mascot would win in a cage match.

The overarching theme here will be to play the odds. There will be upsets, no doubt. But if you can be smart about where you pick your upsets, and with what frequency, you can give yourself the best odds of coming out on top. This doesn’t mean that you simply pick the top seed in every game. As you will see, the odds will show us that would very rarely put you in a good position to win an office pool.

Some people like to get upset-heavy with their selections in the First Round. The logic being if you guess enough upsets then you can tell everyone you were right about that one upset everyone was talking about.

(I’d like to take a moment to express anger and shame in those of you who fill out multiple brackets this time of year. If I am talking with people about the crazy 12/5 upset from the day prior and you say something like “Well in three of my 21 brackets I had the 12-seed winning!” you are the worst…you are literally the worst.)

The truth is that, on average, 12.2 upsets happen in the ENTIRE Tournament (all rounds) each year. An “upset” being defined as a team is defeated by another team who is two or more seeds below them (ex. 8/9 or 4/5 isn’t an upset, but 7/10 would be).

Broken down by round:

So now that we know how many upsets to pick we need to know where they will come from. First, go ahead and advance the 1-seed, 2-seed and 3-seed to the second round. They don’t lose often enough for it to be a solid option, and only one 16, 15 or 14-seed has advanced to the Sweet 16 since the year 2000 (Florida Gulf Coast), so even if you’re wrong, it won’t cost you any points in Round 2.

79% is awfully close to 75%, meaning 3-out-of-4 games will likely be won by the 4-seed. You can probably get by using one of your upset selections on a 13-seed.

This is everyone’s favorite. It is the worst-kept secret that this upset happens with a decent amount of regularity. As a matter of fact, 16 out of the last 19 years, at least one 12-seed has upset a 5-seed. I would use 1-2 upsets on these matchups.

This figure is actually misleading. Since 2011, the 11-seed has a WINNING record against 6-seeds, beating them 18 out of 32 times (56.3% chance of winning). I will circle back to show you why this is the case, but you can reasonably pick at least TWO 11-seeds to win over a 6-seed.

Pretty straight-forward here. It isn’t as much of a toss-up as an 8/9 matchup, but still pretty close. 1-2 upsets here would be reasonable.

That should give you your 6 upsets…

The 8/9 game is a toss-up – almost literally – as 8-seeds currently hold a slight advantage, winning 69 games, while the 9-seed has won 67. The 8-seeds hold a 50.7% advantage here, but don’t spend a whole lot of time on it, as these matchups play the toughest teams in the Tournament in Round 2.

So why is the 6/11 game the anomaly where the 11-seed is more likely to win than the 6-seed? Well, in 2011 the NCAA added three additional at-large bids to the Tournament, increasing from 65 to 68 teams. This created play-in games which were originally slotted in different seeds, but have settled in to a play-in game to become the 11-seed. Why does this matter? Two reasons…

Reason #2 is more important, as since 2011 at least one of the play-in winners have gone on to win their First Round game, no matter what seed they were placed. Confidence can be a huge player in March, and the fact they’ve already faced their game-1 jitters should not be overlooked. VCU, in their famous run to the Final Four, was an 11-seed who won their play-in game before their Round 1 matchup with a 6-seeded Georgetown. Four 11-seeds have made it to the Final Four, which is twice as many as the 9-seed (1) and 10-seed (1) combined.

At least one team who won their play-in game has advanced to the Sweet 16 since the field expanded in 2011.

If you’ll remember from above, roughly 3 upsets happen on average each year in Round 2. I’ve already given you one of them with the play-in 11-seed advancing to the Sweet 16. The other two get a little tougher, but stats give us at least one of those.

The 7/10 winner has beaten a 2-seed on average 1.3 times per year. Pick one of them to do so again this season, two if you’re feeling lucky.

An 8-seed only beats a 1-seed once every other year (0.5 times per year) on average, so you could possibly pick this one, but it isn’t a sure thing.

The 4/5 game is a toss-up. Toss a coin or think about their mascots in a cage match, do what ya gotta do.

At this point, you’ll need to do a little more digging than just looking at a team’s seed. But I’ve got you here as well! 65 out of the last 80 Final Four participants have been in the Top 25 of offensive or defensive efficiency. So once you’ve whittled your bracket down to 16 teams, you can either look at their Offensive and Defensive efficiency ratings (Team Rankings or KenPom) or use this list:

Somewhere in there are your Final Four teams. A Cinderella could sneak in there for one of the slots, but it is likely to come from these 32 teams. That may seem like a lot, but once you’ve used my rules above, you’d be surprised how much it is already whittled down for you. As you use the rules above, strike through the teams you’ve eliminated in this chart.

If you’ll remember, I said at least two of your teams should be 1-seeds, but here are a few more tidbits to keep in mind:

One thing to keep in mind are injuries, as I’m sure all of you are aware. Some injuries to keep an eye on:

Justin Robinson – Virginia Tech (a little cloudier forecast, but much like Zion is the difference between an early exit and a big run)

Killian Tillie – Gonzaga (only played in eight games this season, but is an NBA prospect who can knock down the three from the center position – should be healthy for the NCAA Tournament)

Nick Muszynski – Belmont (Belmont will need to grab an At-Large bid, but if they do they could be dangerous, Muszynski is a freshman center who averages 15ppg, 6rpg and missed the championship game they lost to Murray State)

So who is going to win? The last statistic I will leave you with is that the National Champion since the year 2000 has been broken down thusly:

Since you should only have two 1-seeds in your Final Four, and you also know that Gonzaga and UVA have a 90% chance of being there, you have a decent chance to win your bracket by picking one of those two.

For my personal picks I think there are about 6 teams you should keep an eye on to do damage in the tournament:

Depending on match-ups and which region they’re placed, each of these teams have a decent shot at winning it all or making the Final Four. I love Gonzaga and Texas Tech, but stats and my brain tell me it is likely Duke and Virginia.

I hope I’ve given you some food for thought on Selection Sunday. If you follow these rules, I’m certain you’ll do well within your pool. But put some thought into your picks and you’ll have fun.

Just don’t be like Keith from Accounting. Keith has a 13-seed national champion in five of his 64 brackets.