No. 13 Virginia Tech will hit the road and travel to Atlantic City for a 7pm Saturday night game with the Washington Huskies in the Boardwalk Classic. Washington is 7-3 on the season after making the second round of the NIT last season.

These teams met last season on a neutral site, with the Hokies blowing the doors off Washington 103-79. However, that was one of the first games for new Washington head coach Mike Hopkins. Hopkins spent his entire playing and coaching career at Syracuse, where he learned the vaunted 2-3 zone under Jim Boeheim. A team won’t pick up that kind of system overnight, and it took awhile for Hopkins’ players to pick it up. Once they got rolling, they had a good year, going 21-13. 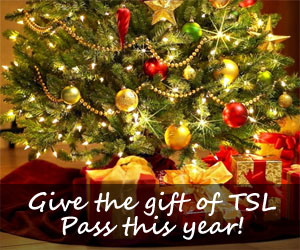 Most of the numbers indicate that Virginia Tech will win this game. First, let’s look at Tech’s offense against the Washington defense. Here’s the Tech offense…

Virginia Tech would most likely be No. 1 in the country in offensive efficiency if they could cut down on their turnovers. That has been an issue at times this year. Here’s how Washington looks defensively…

On paper, the Hokies have the advantage against Washington’s defense. Now, let’s flip the stats and look at the Huskies’ offense against Tech’s defense. Let’s start with the Washington offense…

Those stats are mediocre, and here’s how the Hokies’ defense stacks up…

Again, the Hokies appear to have the advantage.

You might be wondering what their schedule has looked like. I’ll list it below, with the team’s Ken Pomeroy ranking on the left, and the result on the right. Home games, road games and neutral site games will be designated in parentheses.

On one hand, Washington has struggled to pull away from teams like Seattle and UC Santa Barbara at home. On the other hand, they went on the road to then-No. 1 Gonzaga and were unlucky to not come away with the victory.

As far as individual personnel, the Huskies have two key players to watch.

Much has been made of Virginia Tech’s ability to share the basketball. When the Hokies have a lot of made baskets off assists, they usually win. For the season, Tech has 165 assists and 110 turnovers. The turnover rate is a little high, but on the whole the Hokies are excellent in that department. Meanwhile, Washington has just 113 assists to 133 turnovers.

It was Washington’s poor assist-to-turnover ratio that lost them the game against Minnesota. They had seven assists and 17 turnovers in that game. However, for one night against Gonzaga, they turned things around and had 15 assists against just nine turnovers. They then regressed again, with nine assists and 16 turnovers in their most recent game against Seattle. Watch the assist-to-turnover ration on Saturday night. If they have another Gonzaga-like performance, the Huskies could come away with a win on Saturday. However, if they give the Tech offense extra possessions, the Hokies should be the winners.