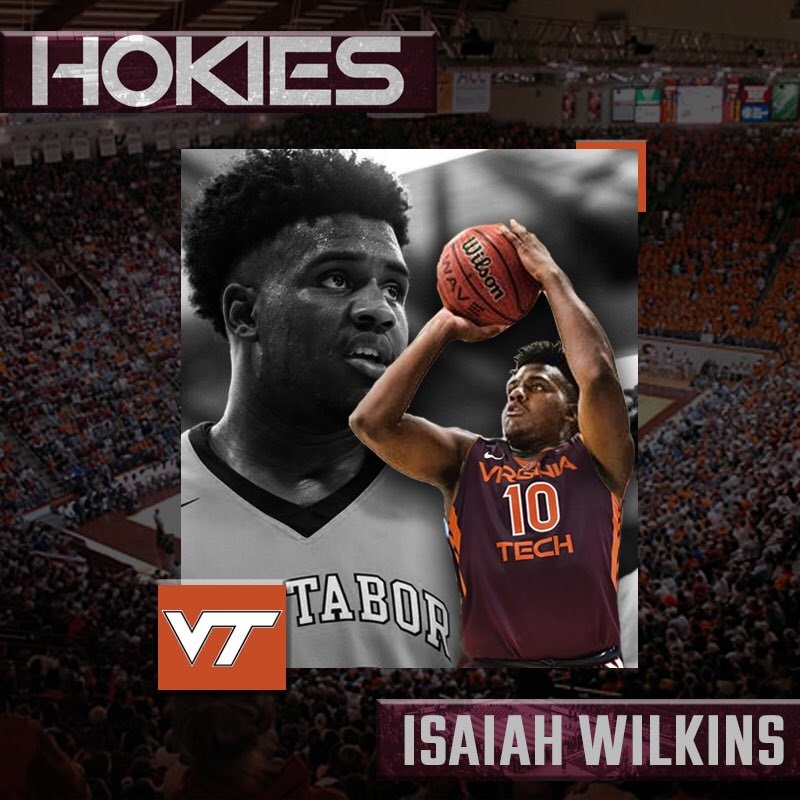 Virginia Tech basketball picked up a commitment from 2018 wing Isaiah Wilkins on Monday night.  Wilkins, from Mount Tabor High School in Winston-Salem, recently reclassified to the 2018 class, after originally reclassifying to the 2019 class back in April.  He will enroll at Tech in August of 2018 and be eligible to play immediately.

According to this article from the Winston-Salem Journal, Wilkins reclassified to the 2019 class in April because he was young for his graduating class, and he wanted to enhance his recruiting profile.  His plan was to enroll at Hargrave Military Academy in Chatham, VA and add to his offer list of High Point, Hampton and Presbyterian.

As it turned out, Wilkins didn’t have to wait a whole year.  He picked up a Virginia Tech offer on June 15 for the 2018 class.  After visiting a few days later, Wilkins had to contemplate whether he wanted to enroll at Virginia Tech this August, or stick with his plan to reclassify to 2019 and attend Hargrave.  Recent speculation had him selecting Virginia Tech, and he confirmed that speculation on Monday night.