Four-star defensive back recruit Cam’Ron Kelly, the highest-rated recruit to verbal to Virginia Tech for 2019, has decommitted from the Hokies. 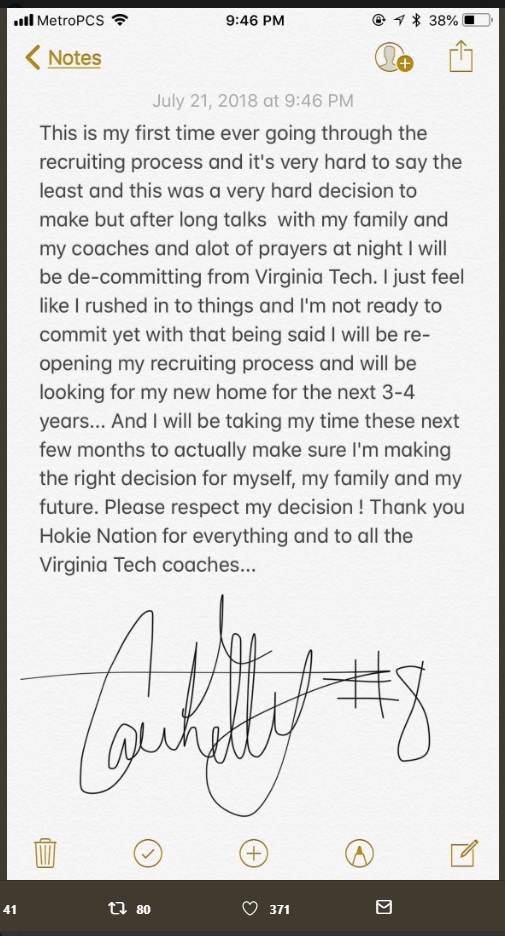 Kelly was one of just two four-star commitments (per the 247 Composite Rankings) the Hokies had for the 2019 class. The other is offensive lineman Bryan Hudson, who is now the Hokies’ top-ranked recruit.

Kelly is currently ranked #174 in the nation, the No. 12 athlete, and the No. 4 player in the state of Virginia per the 247Sports Composite.