At the end of March 2018, the Hokie Club announced record donations for the second year in a row. This week, Hokie Club Executive Director Bill Lansden sat down with TechSideline.com to give us an update on some of the details behind the numbers, the status of projects going on in the department, and other topics.

Some of the topics covered here have been previously reported, but this will be a full update with some new information, as well. 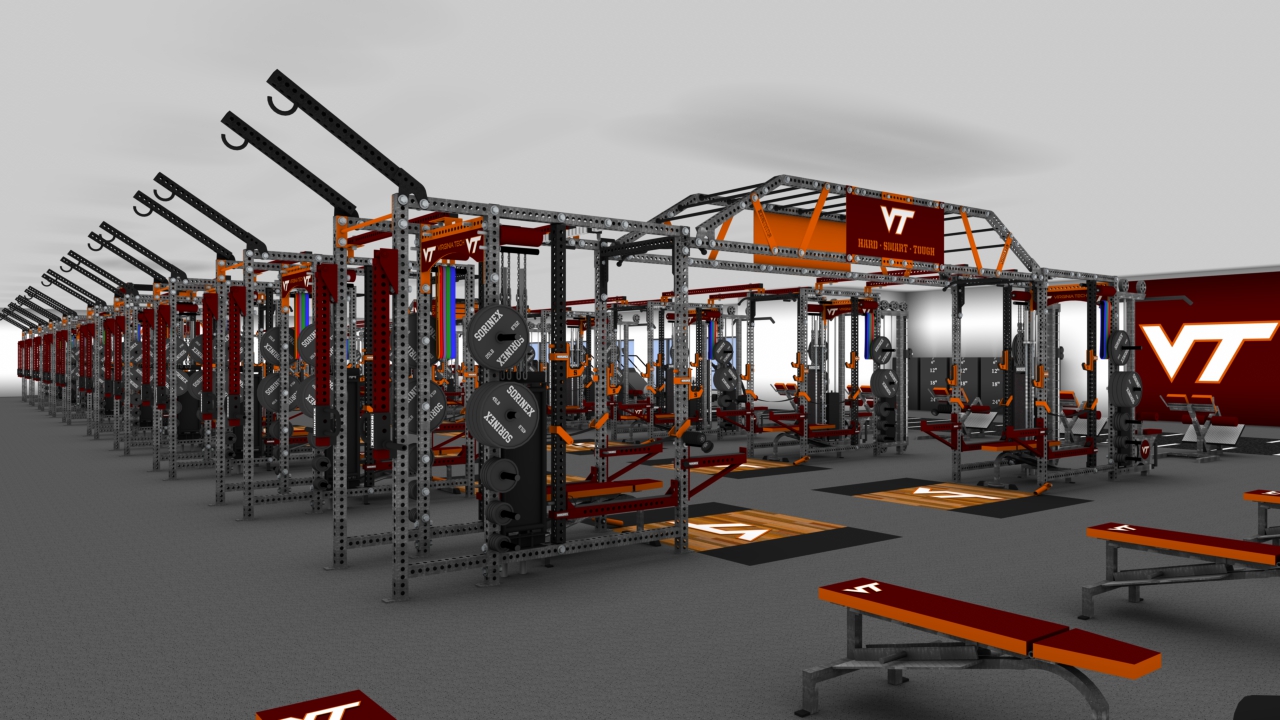 The 2018 donations included $16.2 million for the Student-Athlete Performance Center. A $1 million donation from J. and Renae Pearson started off the fundraising for the performance center, and just a few months later, anonymous donors gave $15.2 million to fully fund the project.  In addition, one month later, a couple from Roanoke made a $1 million gift to the football strength and conditioning center.

$1 million of the $16.2 million will be “put into an endowment to generate interest that can then be used to update the facility when needed,” Lansden said.

Regarding the status of the project, Lansden said, “Tom Gabbard [Senior Associate AD, Facilities and Operations], thank goodness, is leading that and doing a great job, as he usually does. The last report I heard is that everything is on go and we’re moving forward and they’re very optimistic of the timeline with the target date of March of 2019 to start construction.”

The Hokie Club is also raising money for a $5-million expansion to the Merryman Center weight room facility.

“So far,” Lansden said, “we have $3 million committed, and we’re in conversations with some other donors about some sizable gifts to finish that as soon as possible.  However, gifts of any size are really helpful to the cause.”

Of the $47.7 million raised, Lansden reports that $16.8 million was donated specifically to the Hokie Scholarship Fund, following a year in which $16.2 million was raised in for 2017.

(Of that $16.8 million, Lansden estimates that about $600k to $800k of that was donors sending in their 2019 contributions early, due to tax law changes. More on that later in this article.)

In addition to the annual donations to the Hokie Scholarship Fund, scholarships also receive money from Virginia Tech’s scholarship endowment for athletics, which Lansden says currently stands at about $62 million. “So it’s generating, depending upon any given year, $2.3 to $2.6 million for scholarships. We hope to grow the endowment in the next campaign.”

While the department has some tailwind and some surplus scholarship funds, it’s still important that they continue to build the Hokie Scholarship Fund. The previous three years, 2014-16, the annual donations fell short in covering the scholarship costs.

“All the money designated for the Hokie Scholarship Fund has to be spent on scholarships,” Lansden said, “so the excess is carried over to the next year. The challenge is going to be, as tuition continues to increase – history says it’s always going to increase – at some point, the $16.2 to $16.8 million or so is not going to be enough. We’re not there yet, and that’s where the Drive for 25 comes in. We need everyone to jump on board.”

Virginia Tech announced that tuition and fees for 2018-19 will increase 2.9%. While that sounds small, a 2.9 percent increase on $15 million is nearly half a million dollars.

The per-seat minimum Hokie Scholarship Fund donations that were applied to Lane Stadium and Cassell Coliseum a year ago provide the athletic department with a tool to help pay for scholarships. Reseating with per-seat minimums was done for 2017 and will now be done every three years — 2020, 2023, 2026, and beyond — giving the athletic department a way to adjust for increasing Hokie Scholarship Fund needs.

“That’s going to provide us some flexibility to hopefully make improvements and keep the playing field level for all donors,” Lansden noted. 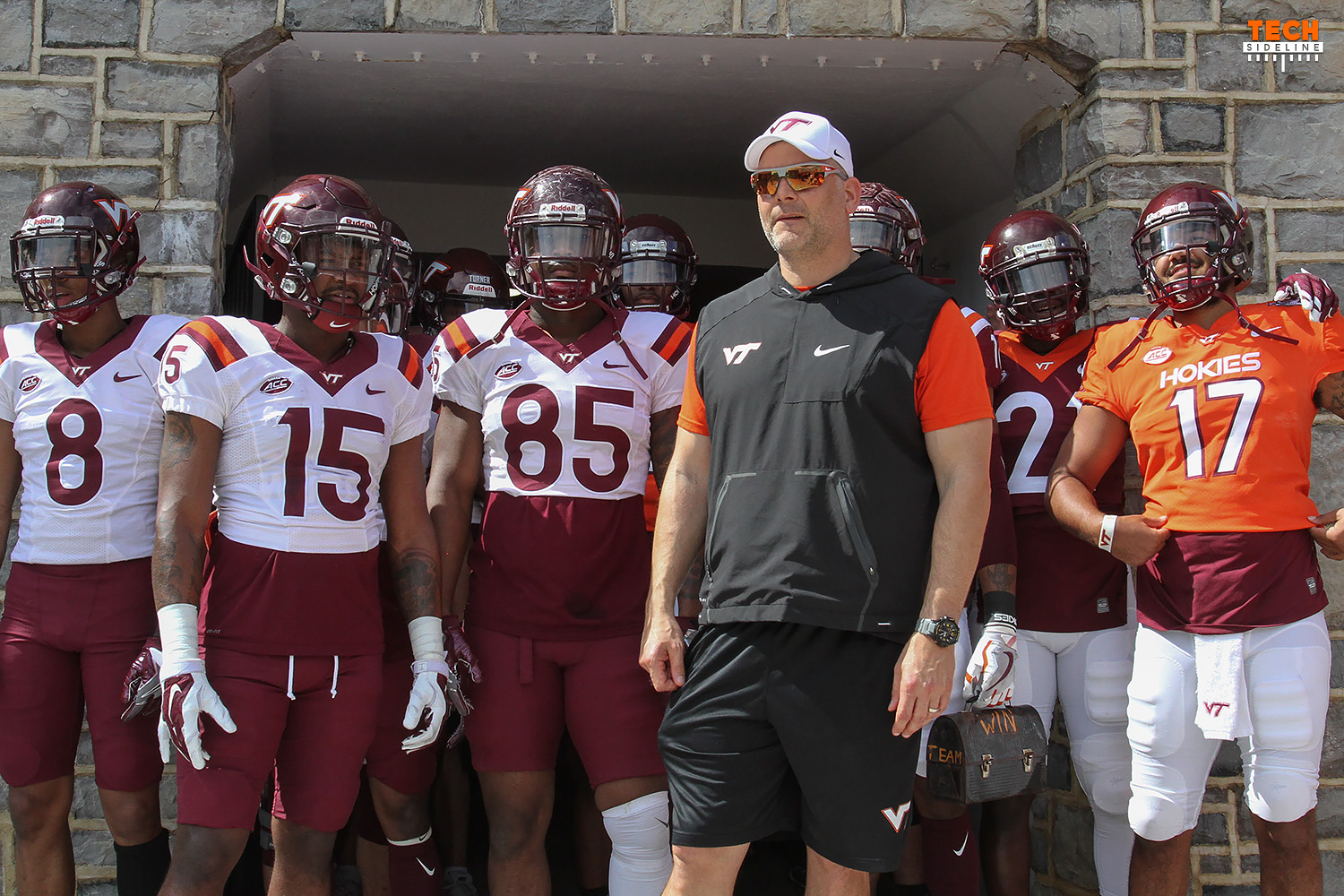 There are threats on the horizon to continued scholarship fundraising. One is tax law changes that remove the tax deduction for athletic donations, and another is Virginia Tech’s relatively uninspiring 2019 home football schedule of Furman, ODU, Wake Forest, Duke, UNC, and Pittsburgh.

The concerns are that fans will lower their donations due to the lack of a tax deduction, and/or take a year off from purchasing season tickets and thus donating to the Hokie Scholarship Fund.

Regarding the schedule, Lansden says, “We realize, coming off of this [2018] home schedule, with seven games, and you’ve got Miami, and Notre Dame, and Virginia, next year we don’t have that. We understand. We never take it for granted what the passion is for Virginia Tech fans, but I don’t see [the 2019 schedule] having that great of an effect, because again, it starts with the donor and the fans, and we have a really good head coach and some student-athletes that perform at a high level. So I’m convinced that our fan base can see that we’re going in the right direction, and they’re excited about doing all they can to continue our great momentum.

“One thing that we have talked a lot about is the fan gameday experience. We’re always trying to improve that. Whit talked about it recently, about the East side, and trying to make it a better experience for the fans that sit on that side. That is something that we talk about all the time. I have to give [Senior Associate Athletics Director for External Operations] Brad [Wurthman] and his staff a lot of credit, when I go to their meetings, fan gameday experience is a topic that’s covered every time.”

The tax situation is more complicated, and for now, the details haven’t been decided by the IRS, so there’s not much the Hokie Club can do to respond or plan.

Surprisingly, the tax law hasn’t yet generated a lot of questions. “We have 12,800 donors,” Lansden said. “I’ve probably been asked about it 30 times by our donors: ‘hey, how’s this going to affect everything?’ What we’re telling people, and what we believe is, until the IRS actually has a ruling on this new tax law, until they actually say ‘you can count this as a benefit, therefore it’s not tax deductible’ … until then, we’re encouraging donors to consult their tax advisors.

“I’m always the eternal optimist.  I think it’s going to be a favorable ruling. There isn’t any doubt that your donation that you made to the Hokie Scholarship Fund that covers your minimum seat gift, that will not be tax deductible for 2018. The question is, what is [tax deductible] above that? Nobody knows. Again, until the IRS rules — and I’ve heard speculation that the IRS won’t rule until November or December — but we have told our donor base that once it makes a ruling, then we will send out a second receipt, so they’ll have it by the end of January, by the time taxes are due for the 2018 tax year.”

Lansden said that of the $16.8 million raised for scholarships in 2017-18, “Probably $600k to $800k was people paying in advance for next giving year [2019]. We allowed them to do that, which is what we do in our industry, because the announcement came so late. I think it came in November. And so we were all trying to be as donor-centric as possible. Some people were calling and asking, hey, can I pay my 2019 one now?”

Looking for Other Big Drive for 25 Donors

The $15.2 million donation for the Student-Athlete Performance Center is the biggest one-time donation to Virginia Tech Athletics, and one of the top three or four donations to the university as a whole. Are there any other big donors waiting in the wings?

Lansden obviously hopes so, but cultivating those donors is a process.

“I think we’re fortunate at Virginia Tech, I  think Charlie Phlegar and Dr. Sands would say this, and Whit, that we’re fortunate to have a very successful alumni base, so there are individuals with the capability of making a similar gift and they care deeply about VT. This is Home.”

“I think that gift to our performance center is a prime example. Whit and Justin painted a compelling vision for the individuals who made that gift, that they now know that their gift is going to have an impact on football, Cassell Coliseum, donors, recruiting and all sports.

“Whit and Justin, being the genuine people they are, these donors believed them. I sat in on one of the conversations, and it’s exciting. If you have the ability to give, and you’re a Hokie fan, and you want us to be successful, our student-athletes and our coaches, that would excite you.”

Lansden, who came to Virginia Tech from Memphis, is impressed with Hokie fans.

“July 22 will be the end of my third year here. And I’m amazed every day at the passion of Virginia Tech fans. This is our time.”