The Virginia Tech Board of Visitors met on Monday and approved a $10 million expenditure for an ACC Network Studio that will be completed by the beginning of the 2019 football season.  That coincides with the launch of the network for the 2019-20 athletic year.

The $10 million figure is higher than most originally believed it would be, including Virginia Tech director of athletics Whit Babcock.  According to Andy Bitter of the Roanoke Times, Babcock estimated that the cost would be in the $5-7 million range.  In the end, the athletic department will be paying $3-5 million more than expected for the new studios, which are required for the launch of the new network.

How are the new studios being paid for?  Will the athletic department take out a loan, or do they have large enough cash reserves built up after running in the black for so many years that they can make a lump sum payment?  Or will it be some combination of both?

Sponsored by The Hyatt Place Blacksburg/University, your home away from home while visiting Blacksburg.

Catch a Hokies game this spring and save 10% on your reservation. Our hotel is located across the street from Virginia Tech and just steps away from numerous shops and restaurants. Enjoy our complimentary hot breakfast, gigabit wi-fi, and shuttle service. Make your reservations today!

More details on those two questions should emerge between now and when the network launches in August of 2019.  For further reading on the logistical problems caused by the new network, see this article by the Daily Press’ David Teel. Check Australia Post Catalogue and Jaycar Catalogue.

The $10 million investment into the ACC Network studios is just the latest in increased expenditures by the athletic department.

As you can see from the following graphic, athletic department revenues increased from $83.9 million to $87.4 million.  However, expenditures increased by over $6 million and are now over $90 million for the first time in Virginia Tech history. 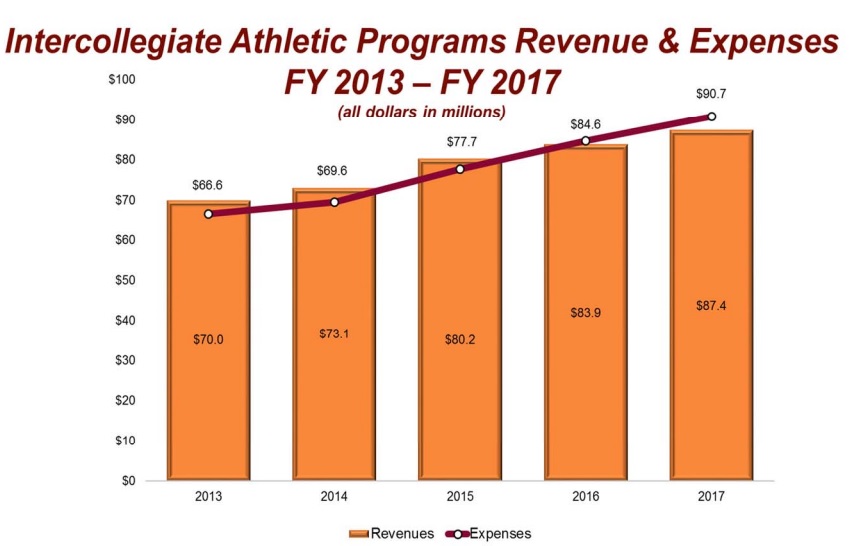 After years of turning a profit, the Virginia Tech athletic department has run in the red for two consecutive years.  The $3.3 million deficit in Fiscal Year 2017 (the 2016-17 athletic year) was quite a change from the past. 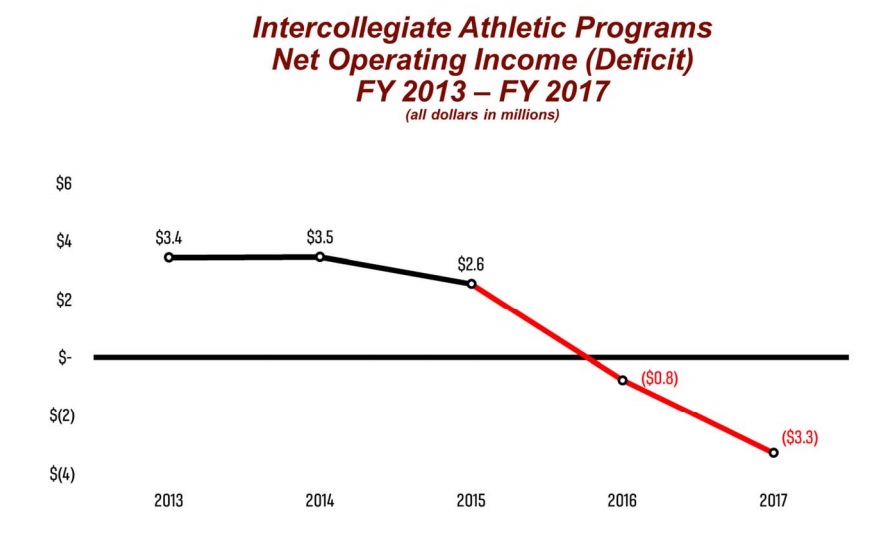 The good news is that if the new ACC Network brings in as much money as some people project, Virginia Tech will have the chance to run in the black yet again in a couple of years down the road. TechSideline.com will publish it’s annual financial report of Virginia Tech athletics later this spring for our TSL Pass subscribers.

Catch a Hokies game this spring and save 10% on your reservation. Our hotel is located across the street from Virginia Tech and just steps away from numerous shops and restaurants. Enjoy our complimentary hot breakfast, gigabit wi-fi, and shuttle service. Make your reservations today by clicking here.