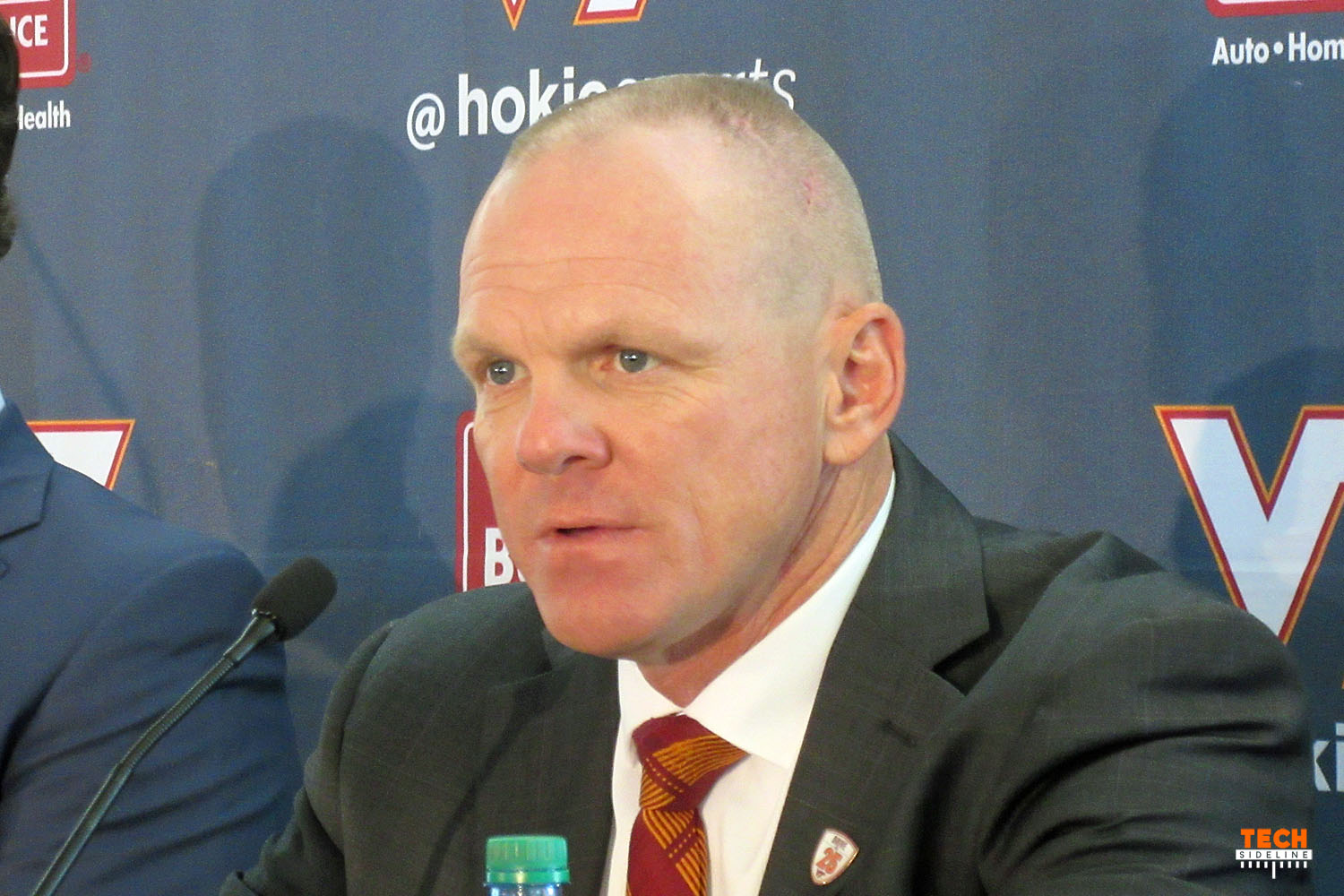 New Virginia Tech head baseball coach John Szefc takes over a program that has gone steadily downhill since hosting an NCAA Regional in 2013. The good news is that the Hokies will be opening their renovated stadium next February. The new facilities will help recruiting, and will boost interest in the program. With Whit Babcock, a baseball guy, at the helm, Virginia Tech is a good job now.

Szefc has his work cut out for him. Virginia Tech went just 90-126-1 over the last four seasons, with a 37-82 mark in ACC play. The Hokies finished in last place in the Coastal Division for three of the past four seasons. A change was needed, and though it won’t be an overnight fix, the program is now headed in the right direction.

Though Szefc has a background in hitting rather than pitching, the #1 thing he’ll have to fix is Virginia Tech’s pitching staff. Here is Tech’s team ERA in recent years…

Those ERAs from 2010 through 2013 are acceptable in Blacksburg. English Field at Union Park isn’t quite Coors Field, but it does have a higher altitude than any other ACC stadium by a wide margin, and it’s common for the wind to blow very hard out to left field during the spring. I was at one of the games in the UNC series this spring, and what I initially thought was a routine fly ball about 40-50 feet short of the wall turned into a home run. ERAs are going to be a bit higher in Blacksburg.

But the Hokies shouldn’t approach the ERA numbers they put up in Pat Mason’s four years as head coach. Those numbers are simply bad no matter how you slice it, especially the last two years. You can’t win games with that type of pitching.

Mason was the pitching coach from 2010-13, so I don’t think it necessarily has anything to do with his actual ability to coach pitchers. I think it’s more about program structure and creating an atmosphere that is conducive to good development. I just don’t feel like Tech developed pitchers properly after Mason became manager. Go back and look at Joe Mantiply’s year-by-year ERA…

Mantiply wasn’t the most talented pitcher on the roster, but he was a smart guy who was developed correctly, and he knew how to pitch. He’s had a cup of coffee in the majors, and now plays for the Yankees’ Triple-A affiliate in Scranton/Wilkes-Barre.

Compare that to the development of Packy Naughton, who showed real promise as a freshman in 2015. Here is his year-by-year ERA…

Naughton was actually removed from the rotation for a while as a junior. Despite all that, the Reds drafted him in the ninth round last week. Between his sophomore and junior seasons, Naughton put up a 1.69 ERA in seven starts in the prestigious Cape Cod League, with 42 strikeouts and an incredible six walks in 42.2 innings. He dominated good college players in that league, yet not only did he get lit up on the mound for the Hokies, his numbers actually got worse after his freshman season.

Aaron McGarity, who was selected in the 15th round last week by the Yankees, did not regress like Naughton. However, his numbers didn’t get better, either.

However, McGarity’s walk rate went in the wrong direction from his sophomore season to his redshirt-junior season…

I’m sure I could find more stats to pile on, but you get the point. Tech’s pitching was bad over the last four years, and two of their best pitchers didn’t develop, and in fact one of them got worse. The Hokies also had a rash of pitching injuries during the Pat Mason era. That could have been bad luck. It also could have been partially caused by how the program was structured and how those pitchers were handled. Whatever the reason, things had to change.

I’m not worried about Virginia Tech’s hitting. The Hokies generally have a pretty good to very good hitting team, and Szefc has a background coaching hitters and running the offense. I don’t know what assistant he’ll hire to help him with the offense, but I don’t think that’s as important as who he hires to coach the pitchers.

Szefc’s pitching coach at Maryland from 2013-16 was Jim Belanger. He developed 10 pitchers who were drafted in his four seasons in College Park. Kentucky hired him after the 2016 season, and he became an Assistant Coach of the Year candidate for his impressive work in Lexington this season. A quick glance at what he was able to accomplish this past season shows why. He had a great year, and if Szefc were somehow able to lure him back to his staff, I think that would be a great hire for the Hokies.

I also think Ryan Fecteau would be a very good hire. Fecteau was Maryland’s pitching coach in 2017, and before that he served as Bryant’s pitching coach for the previous six seasons, where he helped that pitching staff put up dominant numbers. His resume is very good… 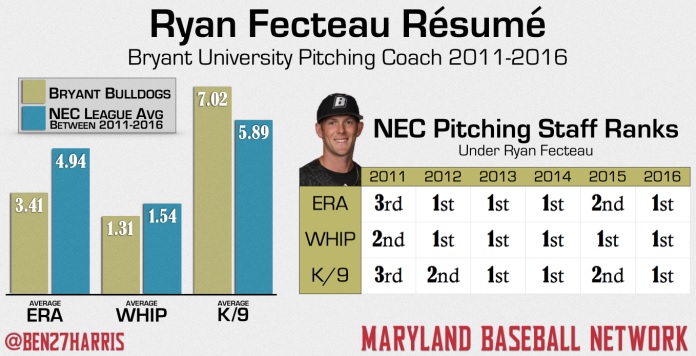 Fecteau had six pitchers drafted out of Bryant in his first five years on the job, including fourth and sixth round selections. That’s very impressive for such a small school. He had a good year at Maryland in 2017 as well. Here were his staff’s Big Ten rankings…

The Maryland pitching staff accomplished all that despite having a defense behind them that finished in the bottom half of the Big Ten in fielding percentage. It seems as if Ryan Fecteau would be a very good hire for the Hokies, and from what I’ve heard there’s a chance it could happen.

I think John Szefc will turn out to be a good hire for Virginia Tech. When it comes to managing a baseball club, I think Szefc knows his stuff. I don’t mean just setting the lineup, determining who to pinch hit, when to go to the bullpen, and all of that stuff. That stuff is important, but overrated. The most important job of the manager is actually managing the clubhouse, promoting a good atmosphere for development, structuring the program and practices correctly, and doing all the little things behind the scenes that helps the team perform well during games.

If the players are developed properly and the team has good chemistry, game days become much easier for the guy who makes the decisions in the dugout. Szefc’s resume to this point suggests that he understands all that. I think the Hokies will be better immediately. It may or may not show up in the record book in year one, but I believe that anybody who watches the team play will be able to see improvement.