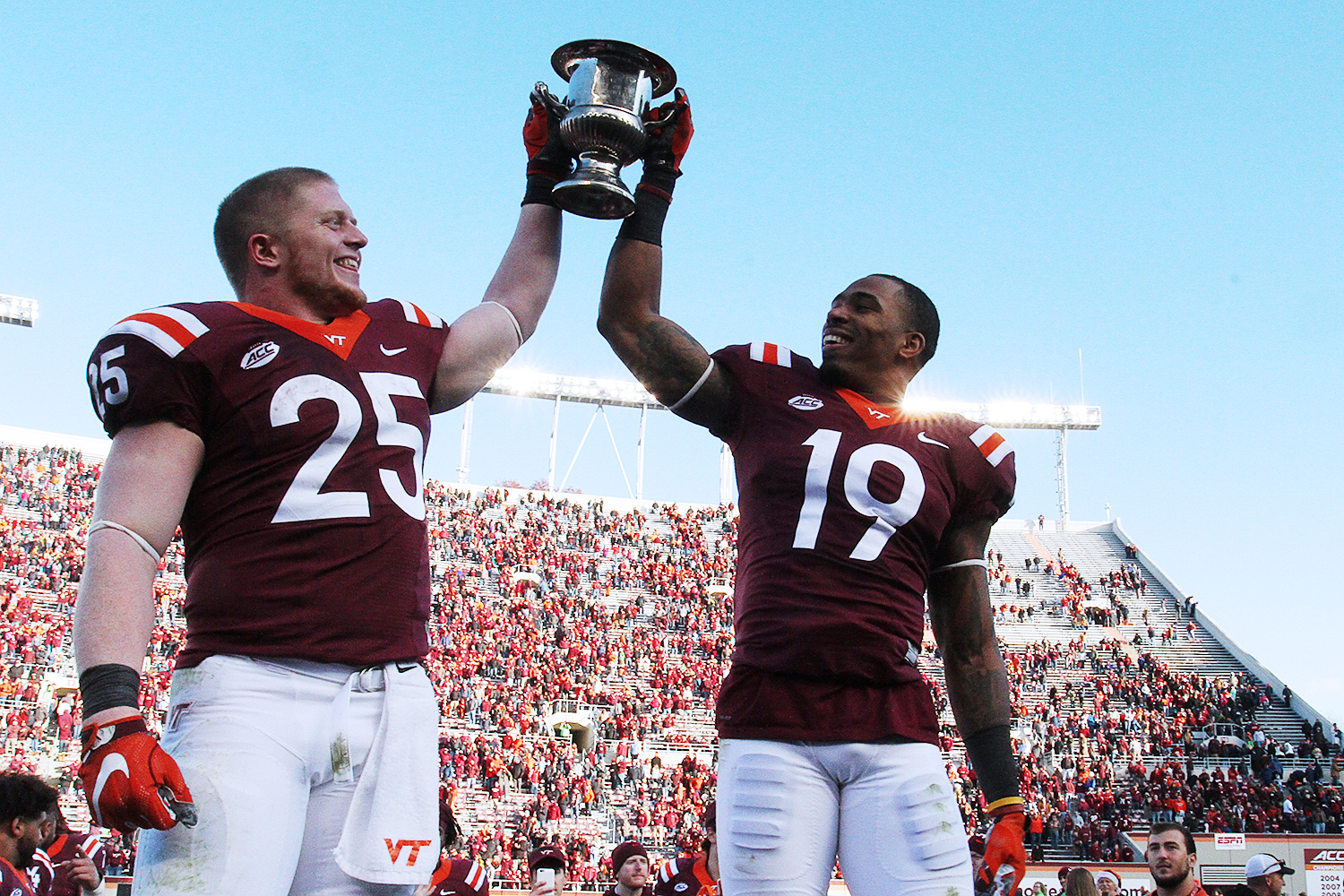 Four Virginia Tech players were selected in the 2017 NFL Draft.  None came off the board early, but Tech stars began being selected at the beginning of the sixth round.  Others will sign rookie free agent contracts, and still others will have tryouts in hopes of getting a rookie free agent deal.

It was assumed that Bucky Hodges would be the first player selected from Virginia Tech this year, and many believed he would be off the board by the third or fourth round.  That wasn’t the case, however.  Free safety Chuck Clark was the first Tech player taken.  He was selected by the Baltimore Ravens with the second pick of the sixth round.

Hodges and Ford were both selected much lower than many expected.  Ford’s speed was always a concern, but his production in college was outstanding, and he got a 4th-5th round grade on NFL.com.  Nevertheless, he is a great value pick for the Dolphins in the seventh round, and he’ll get to play in his home state of Florida.

Quarterback Jerod Evans surprised many people by declaring for the draft a year early, and as many expected he was not selected.  Here’s what one NFL Scout said about Evans…

“No idea why he came out early. No idea. He’s not even close to being ready and it’s a shame because he’s one of those players who almost for sure would have gotten better with another year of learning.” — AFC regional scout

Evans will have to sign with a team as an undrafted rookie free agent, and as such he will have very little chance of making an active roster next season.  His best hope will be to work his way on to a team’s practice squad.