There was no drama for Virginia Tech this time around.  CBS opened their Selection Show by revealing the brackets in the East Region, and the Hokies saw their name called in the second game that was announced.  Tech is the #9 seed in the East, and they’ll be facing #8 seed Wisconsin in Buffalo, NY on Thursday.  The winner will mostly likely get #1 seed and defending National Champion Villanova, the top overall seed of the NCAA Tournament.

This is the first NCAA Tournament appearance for all current players in the Virginia Tech program.  Buzz Williams, a veteran of the Big Dance from his days at Marquette, is very happy for his team.

“To be able to be a part of anything that’s first, I think is always special,” Williams said.

Tech will take on #8 seed Wisconsin, who played for the National Championship two years ago against Duke.  The Badgers finished the season 25-9 with a 71-56 loss to the Michigan Wolverines in this afternoon’s Big Ten Championship Game.  They are ranked #24 in the country by the AP Poll, and #23 by the Coaches Poll.

“I was actually just watching [Wisconsin] play because they were in the Big Ten Championship against Michigan,” senior forward Zach LeDay said. “It’s crazy how everything came full circle and we ended up playing them.”

The game will tip at approximately 9:40pm on Thursday night, and it will be televised by CBS.

If Tech manages to get past the Badgers, they’ll likely face #1 overall seed Villanova on Saturday.  The Wildcats won the National Championship last season under Jay Wright, and they are 31-3 this season.  They’ll face either New Orleans or Mount St. Mary’s in their opening round game, depending on which of those #16 seeds wins the play-in game on Tuesday night.

A total of nine ACC teams were selected for the NCAA Tournament.  Syracuse, who was considered to be one of the last four teams in the field, was left out by the Selection Committee.

We’ll have much more on Virginia Tech’s NCAA Tournament appearance later tonight and early in the week. 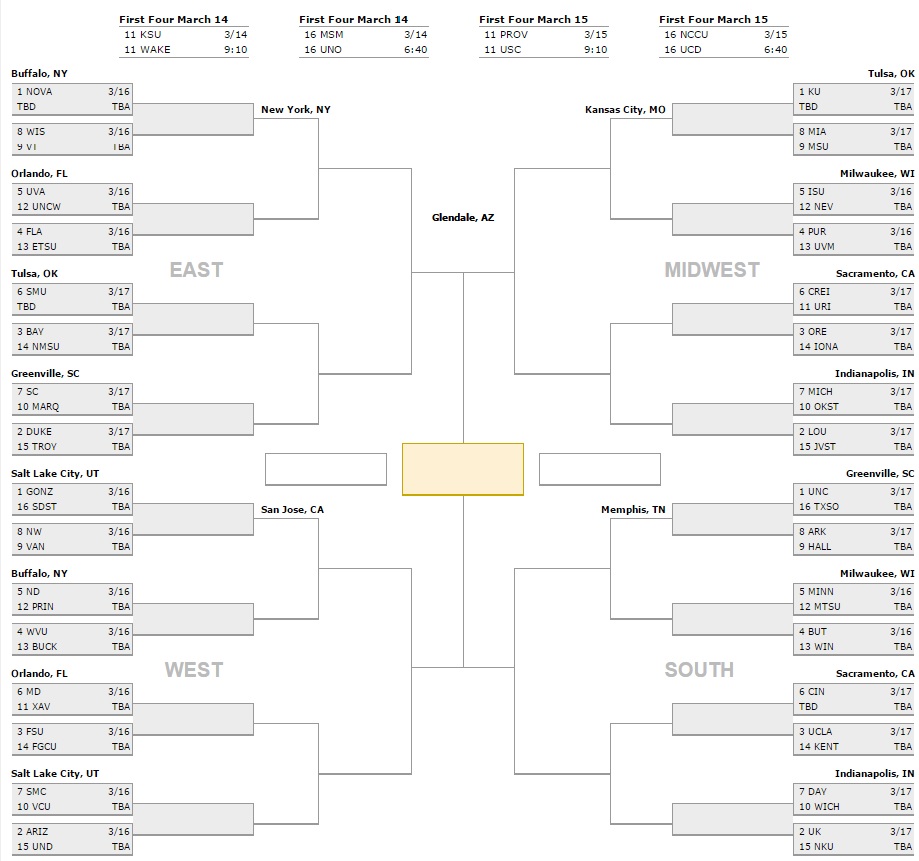