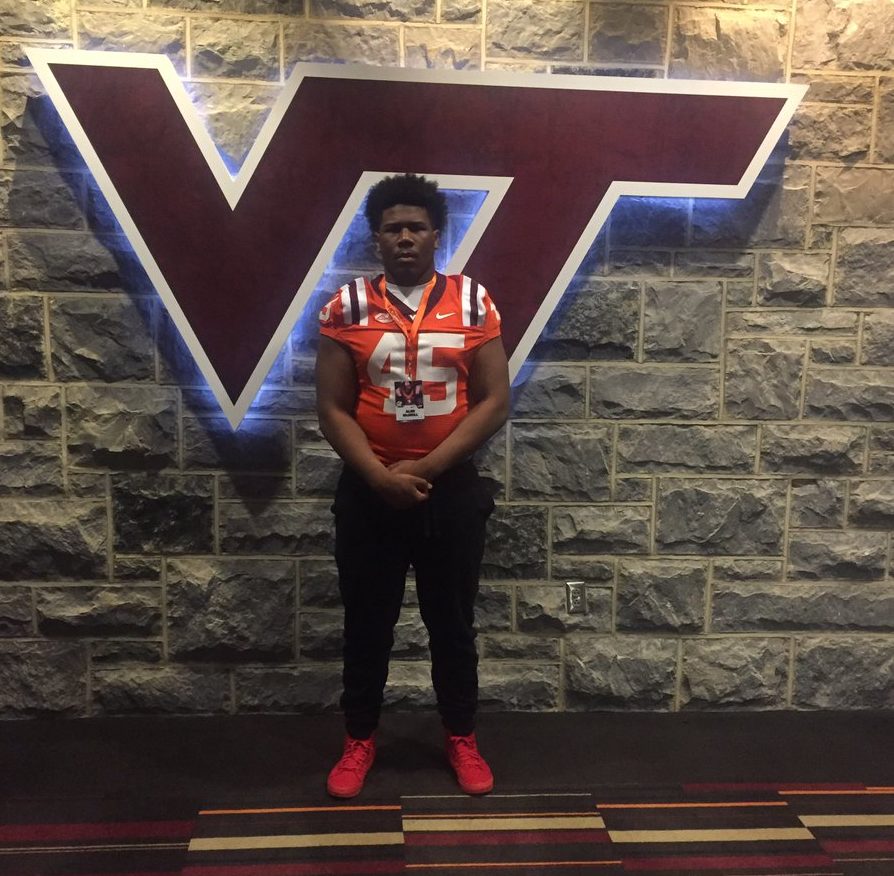 McNeill is a 3-star recruit based off of the 247Sports Composite, but was recently rated as a 4-star recruit by Scout. He’s listed at 6-foot-3 and 270-pounds, and plays all over the field for Sanderson High School in Raleigh, NC. McNeill plays middle linebacker, defensive line, running back and tight end right now, but likely translates into a defensive lineman at the collegiate level.

Virginia Tech offered McNeill in December 2016 and his recruitment has blown up since. McNeill has 24 reported scholarship offers, many from Power 5 schools. Michigan, TCU, Florida State, North Carolina and Tennessee are some of the more notable programs to offer.

The Hokies were the fourth school to offer McNeill and have made him a priority. McNeill says that Defensive Line Coach Charley Wiles has been his primary recruiter and that the two have a great relationship.

It’s easy to see why Wiles and the Hokies are putting such effort into McNeill’s recruitment. Watch this and you’ll agree.

When was the last time you saw a 270-pound middle linebacker make plays like that? McNeill regularly covers sideline to sideline and shows very good push when he does engage blockers. He tackles extremely well and hits with power. He can even drop back and make plays in coverage. 270-pound players shouldn’t be able to do that.

Here’s a short clip of McNeill at a Virginia camp. You just don’t see bursts of speed like that from normal defensive linemen.

McNeill is being recruited by Virginia Tech as a defensive end. At his size, I would say he’d likely move inside, but because of McNeill’s athleticism, I think he could actually play as a larger defensive end if that’s where Virginia Tech wants him.

Fortunately for the Hokies, they’ve already been able to get McNeill on campus. McNeill visited on Jan. 15 and said he loved it.

It’s still early in McNeill’s recruitment, but Virginia Tech has definitely made an impression. McNeill says he’s still open to all schools recruiting him. McNeill does hope to make it back to Virginia Tech this spring for a visit, possibly on April 13.

Virginia Tech is recruiting plenty of different defensive linemen, but none of them are like McNeill. The Hokies currently sit well with guys like Jalen Alexander, Andrew Leota and John Morgan, but it’s far too early to tell how Virginia Tech will finish here. However, one thing is for sure — McNeill is near the top of the board.