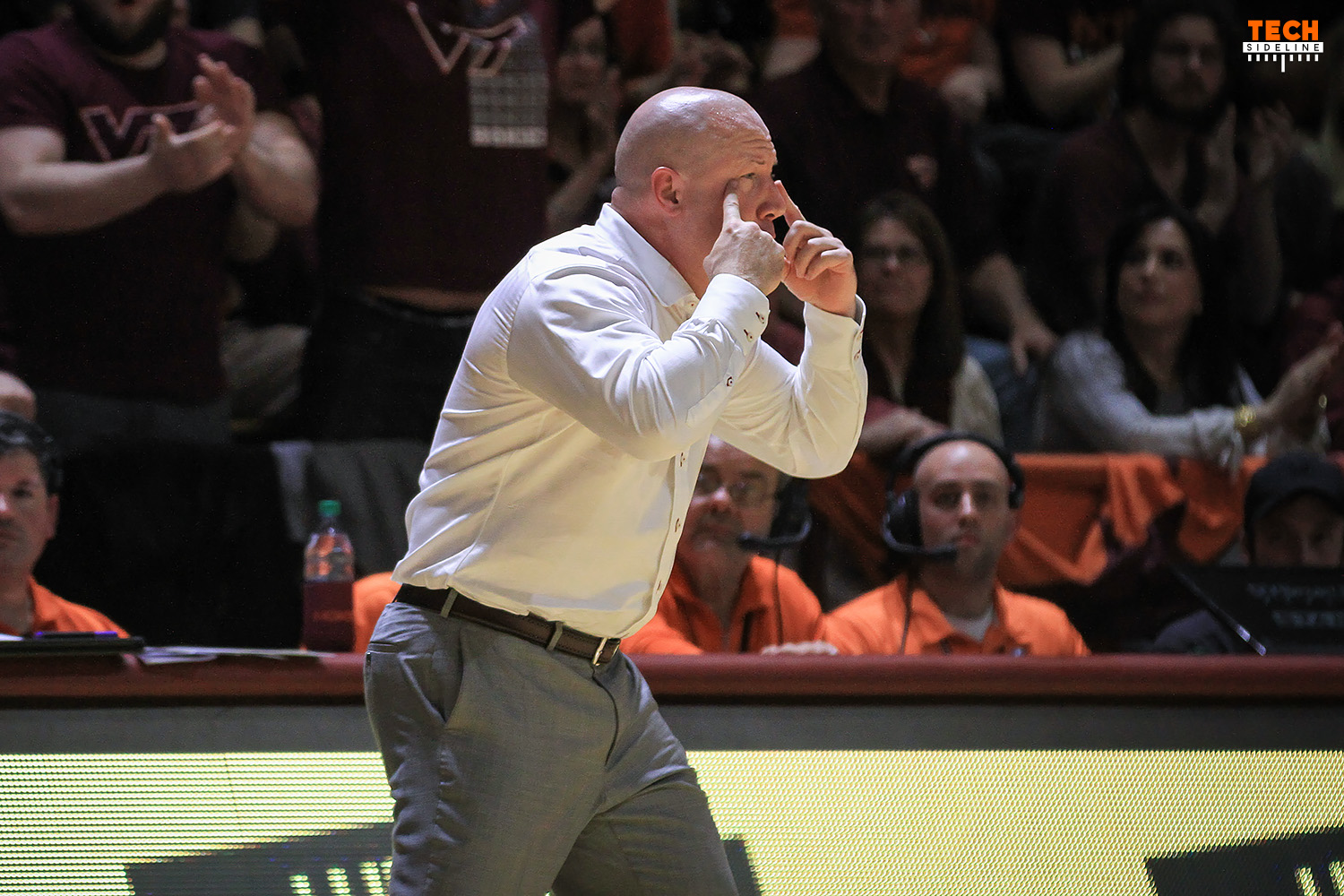 Virginia Tech rallied from an 11-point halftime deficit to defeat Pittsburgh 66-63 on Tuesday night.  The Hokies improved to 18-7 overall and 7-6 with the win, while the Panthers dropped to 14-12 overall and 3-10 in conference play.

This was a huge road win for the Hokies, who improved to #32 in the RPI with the victory. With Chris Clarke on the bench with a torn ACL suffered against Virginia, Tech trailed for most of the game, but they made enough plays down the stretch to pull out the win.

Ahmed Hill paced the Hokies with 17 points, while Justin Robinson had 15 points and eight assists. Justin Bibbs had 11, while Zach LeDay finished with 10 points and eight rebounds.  However, it was Seth Allen who played the hero again, with a three-pointer on an assist from Robinson with 1:08 remaining to put the Hokies up 64-63.  Robinson then made two free throws to extend the lead to 66-63, and the Panthers missed three three-pointers on their final possession that would have tied the game.

Because the Hokies won the game, the following numbers might surprise you…

Despite those numbers, it was the Hokies who came away with the victory, thanks in part to a key stretch in the second half in which Virginia Tech scored seven points without Pitt touching the basketball.

The Hokies trailed 52-46 with under 10 minutes remaining when Zach LeDay came up with a steal under the basket after Pitt tried to force a pass with the shot clock winding down.  LeDay kicked it ahead to Seth Allen, who in turn found Ahmed Hill for a breakaway layup to make the score 52-48.  Hill was fouled on the play by Michael Young, and the foul (correctly) was ruled intentional by the officials.  Hill then sank both free throws to make it a 52-50 game, and the Hokies kept the ball and inbounded.  In the ensuing inbounds pass, Justin Bibbs sank a three-pointer from the corner to put the Hokies up 53-52.  In the span of just over one second, the Hokies scored seven points and took a one-point lead.

Though Pitt did respond and rally to retake the lead by as many as four points with 1:53 remaining, it was the Hokies who came away with enough points down the stretch to secure the win.  Again it was Zach LeDay with the steal, who kicked it head to Justin Robinson, who found the trailing Seth Allen for the go ahead three-pointer with 1:08 remaining.  Robinson closed it out with two free throws, and the Panthers missed all three of their three-point attempts on their final possession after going 10-of-17 from the outside before that stretch.

With the critical road win, the Hokies moved up to #32 in the RPI according to RPIForecast.com.  Tech returns to action on Saturday when they face #7 Louisville on the road.  Tipoff is scheduled for 1pm, and the game will be televised by The ACC Network.