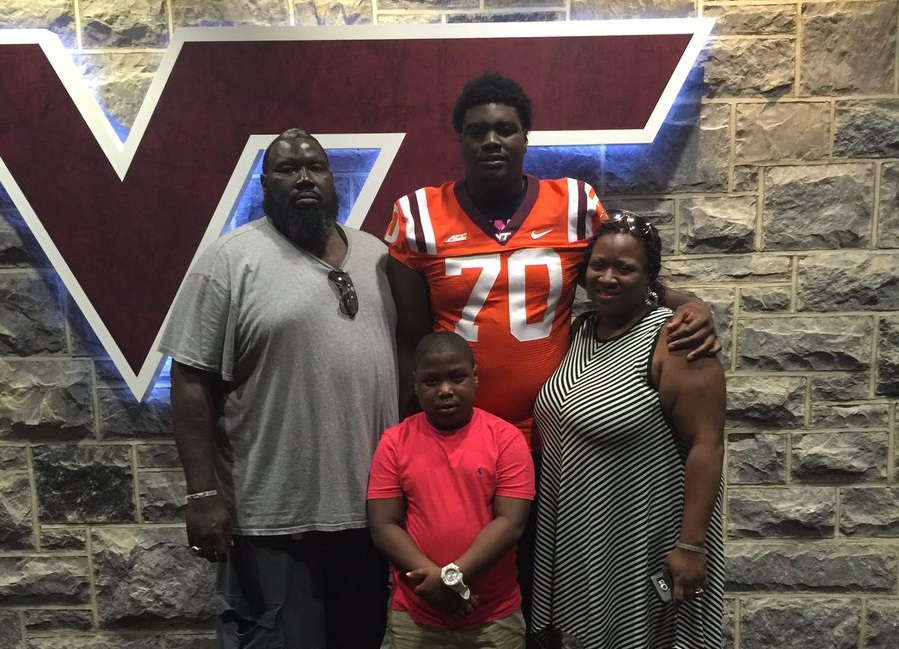 Becton would be a huge get for Virginia Tech, mainly because the Hokies don’t have many other options on the offensive line. Becton has been considered a slight Virginia Tech-lean since taking his official visit on Jan. 20. Becton is expected to choose between Virginia Tech, Michigan, Virginia and Louisville.

Corner is another position where Virginia Tech is thin in the Class of 2017. Speed would alleviate that problem. Speed took an early official visit to Virginia Tech in December 2016 and the Hokies have been in contention since. However, Speed has since taken officials to North Carolina (Jan. 13), Georgia (Jan. 20) and Oregon (Jan. 27). Georgia and Virginia Tech figure to be the top two contenders for Speed’s signature. Speed is expected to announce his decision at 8:00 a.m. on Wednesday.

Virginia Tech offered Newsome rather late in the process, but have been a player in his recruitment since then. Newsome, a former Maryland commit, will be making his decision between Virginia Tech, North Carolina and Maryland. Newsome did not make an official visit to Blacksburg and things have been trending towards North Carolina. He’s expected to announce his decision at approximately 10:00 a.m. at Hampton High School.

Johnson is one of three final defensive end targets (Wardlow, Zion DeBose) Virginia Tech is still pursuing. South Carolina and Virginia Tech have been the primary schools for Johnson and he’s expected to decide between those two. Johnson took his official visit to tech in December 2016 and visited South Carolina on Jan. 14.

Wardlow is technically a Maryland commit, but that’s been shaky since the start of the new year. Wardlow has taken official visits to both Virginia Tech and Notre Dame and both schools could flip him. Wardlow has been trending towards Notre Dame.

Nelson is another Maryland commitment who recently took an official visit to Virginia Tech. Nelson could stay with the Terrapins, but the Hokies are definitely a player. Nelson would add receiving depth to a class that’s loaded with pass catchers. Nelson has said he will announce his decision sometime in the morning on Wednesday.

Yes, you read that right. Capehart took an official visit to Maryland over the weekend and he seems to be considering flipping to the Terrapins. Capehart, who committed to the Hokies in August 2016, was considered to be a solid commit until his visit to Maryland.

Just a couple things to think about — Maryland assistant Chris Beatty was involved with Capehart’s recruitment early on and is likely the one trying to bring him into the fold. Beatty has experience in the 757 as the former head coach at Landstown High School and even coached against Capehart’s current coach, Chris Scott, when Scott coached at Ocean Lakes High School. Also, two of Capehart’s teammates, Breyon Gaddy and Brandon Gaddy are both committed to Maryland.

It is unclear when Capehart will clear the air and come to a final decision, but it will surely come sometime Tuesday night or Wednesday. Stay tuned.